That looks great! But I'd be tempted to say you might want to put an age warning on it just for a couple of mini-moments. Not sure I'd be comfortable with my kids seeing it.

I loved the bit with the two zombies just shooting the shit out of each other for two minutes. Worth the price of admittance right there. 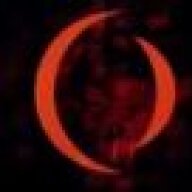 I was eating lunch during this. 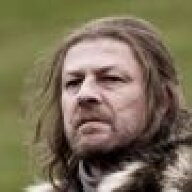 Flatfrog said:
I loved the bit with the two zombies just shooting the shit out of each other for two minutes. Worth the price of admittance right there.
Click to expand...

And this goes straight to the top of my "must watch" list.

Edit - And it's on Netflix. Hells yeah.

As it happens, I saw this movie about 25 years ago. My then-boss, Reichart, would watch movies while he worked. As he later told us, he got to the point where the armed robbers were being examined and the M.E. says, "They've had autopsies," at which point he rewound the tape (yes, kids, we used videotape back then), called his staff into his office and said, "We should all see this."

It was a fun movie. Can't wait to see what MovieBob thought of it...

I?m suddenly curious if somebody ever made a buddy cop movie with a vampire or a werewolf or maybe a centaur.

The cow does not make that scene more awesome. That is some grade A Nightmare Fuel Plus when that thing walks in.

While I still think zombies are overrated... this actually sounds like something fun.

...Though some of the more gory bits might throw me off...

Bob: "Are you getting sick of zombies yet?"
Me: "Yep, same as I was with vampires."
Interesting analysis, Bob. I suppose modern action movie heroes brood and question themselves so much is BECAUSE the action movie heroes of yore did so little of it, so the modern ones try to appear "smarter". Sometimes it works, sometimes it's boring. Another awesome throwback.
U

That line alone sold me on this movie. That, and Joe Piscopo's ridiculous mullet. Vincent Price as a villain is just icing on the cake. 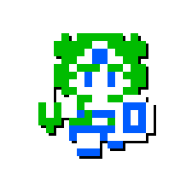 I LOVE Dead Heat. I watched it recently on Netflix and it wins my heart for how well it blends comedy, action and horror into something truly entertaining. By today's standards the movie may be a joke, but it takes itself seriously enough that I can appreciate the laughs it offers, instead of feeling like the actors/script are trying to force me to laugh by blatantly pointing out how ridiculous things are. Yes it might be ridiculous to me, but this is your reality so live in it!

Also Vincent Price's cameo was a real unexpected treat. It might be less so since it's been mentioned in this video but I definitely clapped like an excited toddler when I saw him.

Zombie movies are super overdone, IMO, but this one's fun enough to watch over and over again. It is cheesy and delicious.

themilo504 said:
I?m suddenly curious if somebody ever made a buddy cop movie with a vampire or a werewolf or maybe a centaur.
Click to expand...

There was Nick Knight [http://en.wikipedia.org/wiki/Nick_Knight_(Forever_Knight)], starring Rick Springfield, about a vampire detective in LA. It was spun-off into the Canadian TV series Forever Knight, which was pretty good for its time (early 1990s) but might feel dated today. Nick has two human partners over the course of the series, one who never knew Nick was a vampire, and one who knew vampires existed, but didn't know Nick was one.

A series with a somewhat similar premise was Blood Ties [http://en.wikipedia.org/wiki/Blood_Ties_(TV_series)].

Also Kindred: The Embraced [http://en.wikipedia.org/wiki/Kindred_the_embraced], the only live-action adaptation of the Vampire: The Masquerade tabletop RPG. The main character was an LA cop who learned that vampires were real, but didn't realize his partner was a vampire sent to spy on him.

Innocent Blood [http://en.wikipedia.org/wiki/Innocent_Blood_(film)] is a movie where an undercover cop trying to bring down the Mafia teams up with the vampire who accidentally made the mob boss into a vampire. It's kind of cheesy but a lot of fun too.

For werewolves, there was the Mario Van Peebles film Full Eclipse [http://en.wikipedia.org/wiki/Full_Eclipse], but it's not really a buddy cop movie. It's about a special anti-gang unit of the police who are werewolves.

Vampire and werewolf cops and private detectives are really popular in urban fantasy fiction as well.

But what I'd like to see is a buddy cop movie where a vampire and a werewolf are partners.