The Big Picture: Tropes vs. MovieBob

hanzkidz said:
Femnist frequency: Hey do you know that games are sexist!!!

Me: yes we know it's a problem, now tell us something we don't know.

Group A: OUR SAVIOUR HAS COME!!! A TIME OF SALVATION IS COMING!!! ALL HAIL THIS VIDEO!!!

Group B: WHAT THIS IS F*&*ING RETARTED, THERE IS NO WAY THAT THIS WILL SOLVE ANYTHING AND IS JUST PLAIN STUPID

Me: Guys could you shut up your making me a bit upset

Journalist: SEE THE GUYS AT GROUP B ARE EVIL, SEXIST, MYSONGINISTIC BUNCH OF ENTITLED BRATS, WHY DON'T YOU LEAVE THIS POOR GIRLS ALONE AND GO BACK TO 4CHAN!!!

Me: Ok you win the argument, now can we please stop this and fix this problem already?

Group B: HAH SEE THAT!!! YOU GUYS SUCK AND YOUR ALL TO IMMATURE TO ACCEPT THAT THE MEDIUM CAN BE CRITICISED AND THAT YOU DON'T WANT TO BE TAKEN SERIOUSLY AT ALL

Me: Ok now would you please shut up so we can figure out how to adress this issue!

Group A: NU UH WERE RIGHT BECAUSE OF THE FOLOWING REASON...

Me: Guys, all this caps are hurting my eyes.
Click to expand...

You do know that there aren't just two groups with the same opinions, right? There's hardly an issue to address. It's a subject that's inflated for no reason. Your "Group A" are trying to do something right but losing sight of the fact that not all women are objectified. Or even that they themselves have objectified women at times. Be it if you'd call a woman a whore, a skank, a slut but think one is only good for their body. And truth be told, there isn't a straight or bisexual person on this planet that hasn't seen a great figure and undressed them with their eyes.

Same goes for women who do the same to mean. And as for your "Group B" it's a matter of realizing that it still does happen. Granted, not as much as Group A claims but it still does happen at times. However often it hard to prove. Seeing as how your could-have-been boss will NOT outright say "You know what? Your breasts aren't big enough. Next!" Sometimes people fill in that gap of "You treat me this way because I'm a woman/man/black/Eskimo!" But not everyone does.

Honestly the solution to this minimal issue is simply seeing people as people. Sure women are women and men are men, but we are one people. You may want to chill a bit with the troll posts.
Click to expand...

And this is why I prefer to read other people comment rather post one myself, there are always people who are smarter than you.
H

I think my last comment is probally the equivalent of watching a noob Dota player who already played 5 or more matches thinking that he knows everything about the game only to get owned by someone who knows alot more than he does.
D

"The issue of the media promoting grotesquely unrealistic body standards for women is a problem, because those standards are still actively used against women all the time."

And that's also what I was screaming at my screen when I heard this.

When it comes to Bob and Anita I just can't help to see how monstrously wrong they are about understanding the issue at hand.

I'm not denying that there aren't women who aren't getting hired because they don't fall into a particular category of a beauty standard, especially when the person who is supposed to hire them is a man. But the FACT those two willingly tend to overlook is that this also applies to men when the hiring is done by a woman.

There are also standards of beauty set to men. You can't point to a male boss who hires a voluptuous female assistant and call "Foul!? when a female boss also hires a 6-foot tall good looking dark-skinned guy with a six-pack as her assistant (or whatever the beauty standard that female sets to her assistant happens to be). If you're the 5-foot bald fat guy (which gladly I'm not) you can kiss your job goodbye. Just because there are more male bosses in the workplaces than there are female, doesn't give anyone the right to call foul here.

The issue here is that it has NOTHING to do with particular stereotypes in some stupid video game and EVERYTHING to do with what our brains consider to be beautiful. Pretty people like to be surrounded by other pretty people (or things). Ugly people want it even more so. All the movies, games, magazines ? yes, they are filled with pretty women, but there are also pretty men in them. This is just how our brains work. Trying to struggle or fight against this is like trying to empty an ocean with a bucket. Anita is just building a giant straw man argument here and hopes to revel in the admiration of her sycophantic fans once she knocks it over.

The thing is that some women, like Anita, LOOOOVE to make it personal.

They see a particular female stereotype in a video game/TV series/movie/fashion magazine and they automatically think that this is somehow a comment addressed to them over how they should look or behave - when in fact it is not. The video games she plans to ?review? are purposely aimed at psychologically adolescent male audiences. They are bound to have these ridiculous female stereotypes in them, because that?s what the audience is paying for. To make a video and then complain about how unrealistic these stereotypes are, while ignoring this fact, is disingenuous to say the least. And then to suggest that these stereotypes should be positive representations of (what she thinks) a true female should look like ? because that is exactly what she is going to do - is cretinous beyond belief and just feeds her narcissism. You don?t see me complaining that men in romance novels are not true representations of REAL men.

And comparing Kratos with Mario/Link is disingenuous on Bob?s part, since those characters are also geared toward different audiences ? that?s why Princess Peach and Zelda aren?t scantily clad and their tits aren?t falling out of their top. That ?short fat hairy guys? audience is made up by 12-year-olds (those who think girls give you cooties), many are females.

Pointing out that the buff male body types in these games are self-image fantasies for men playing these games is reaching the boundries of Captain Obvious. Of course they are ? that?s what the target audience is. Suprisingly there are none in Super Mario games. Gee, I wonder why?

You might not have to look like Kratos, but considering the generousness of Bob?s waistline I bet that he probably wouldn?t get hired as a construction worker. You see it has nothing to do with the fact that Bob doesn?t fall into a particular category of a perceived stereotype of Kratos and everything to do with the fact that he is unsuitable for the job. Women make it personal*, while men look for another job.

These buff chests and huge boobs games are being made because there is a demand for them and a male audience willing to pay. Games with strong and complex female characters, like Beyond Good and Evil and Mirror?s Edge, fail because they lack the audience. Market dictates the demand. It?s as simple as that.

100 years ago women had no right to vote. Before that women were being used as bargaining chips by men to make peace between families, pay off debts, or climb higher in the society. Soon there will be as many women in high-income workplaces and executive positions as men. But there won?t be any Male-Anita Sarkeesians complaing that the men are being objectified or not treated fairly. And Movie Bob will be fired by her female boss and replaced by Julio from South-America who looks like Enrique Iglesias.

From now on, Bob, please stick to movies.

Side point: I don?t know what Bob is trying to say with the picture of bouncer and women wanting to get into a club, but I?m going to preemptive strike him and say, that the reason almost any man can get into almost any club is because men are the ones paying for the drinks. That is not chauvinist, that is just a fact of capitalism.

Side point: there are some excellent posts on previous pages dealing why Anita is wrong on so many issues. The posters that I agree with - Katya Topolkaraeva, Ramzal, Terramax, maximara, and probably a few more whose posts I didn?t have time to read.
G

While I agree that women today are often judged based on their looks and not by their abilities, I do feel the need to point out that the argument of men and women being portrayed unrealistically is a little over simplified. The thing is that is a style of art called Idealism, and it is commom across comics, videogames, movies etc. A good artist to view Idealism in a "nerd culture" manner is Luis Royo. He will create these unrealistically beautiful women and use that as a contrast to dark or horrifying images and themes. The same affect could not be achieved with men because men culturally are not viewed as beautiful. Men are usually portrayed in these mediums as being grotesque or powerful but never beautiful and rarely sexy.

The question though is does this form of Idealism cause sexism or hinder the feminist movement in real life? Well maybe, but when done right it is still art. You can like, you can hate it, you can ignore it but it does evokes emotion and isnt that the point? The whole debate reminds me of the similar "Does violence in games, movies, etc. cause violence in reality?". While it is possible violence could do that to a small percentage of our population the rest of us enjoy a cool gun battle in a movie for what is. Maybe the next time we pick up a game with an overly sexualized women deflecting bullets with a sword and killing legions of warriors we should just chill out and say "Wow that's cool" or "No I don't like it". If it isn't your thing great, work towards making entertainment or art that you are into but dont condemn other people for enjoying their particular pieces of the fiction pie.
R

Unattractive people of both genders lose jobs cause someone better looking applied.

Know this bob. You owe me (and I imagine nany others) that Jabberjaw episode you teased at the beginning of this. You have yet to deliver, bob! 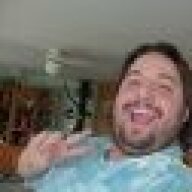 vxicepickxv said:
I'm not really sure what to say other than this is a very professional way of dealing with the subject at hand.

The next question is what do we do about it?
Click to expand...