I HATE LIVING IN CANADA WE LIVE IN IGLOO'S AND MY PET BEAVER KEEPS ON EATING THE LEGS OF MY WOODEN BED SO NOW IT'S UNEVEN AND IF IT GETS TOO COLD MY MOOSE WON'T START.

Sorry, had to do it. But no seriously I like Canada. I've never been outside of this country. I don't even have my passport. And I've only been to Three of the 10 provinces and none of the territories so I've got a lot of exploring to do before I leave.

Also, I love your picture.

It's a dreadful habit of mine. I've been to rehab, but it won't stop!

Also, concerning the Avatar, it's a still of Steve's webcame from teh-nook.com. Funny stuff.
Z

why do you have problems with our free health care?

I'll never understand why Americans are so offended by free (well we do pay for it in taxes) healthcare. It isn't like we are forced to go to specific gov. chosen doctors or hospitals. I love Canada it is a great place to live (although Ontario winters suck and we always seem to get screwed on game extras like T-shirts and the red hulk skin).
C

I'm probably going to move up there (from Eastern WA) in a couple years. My understanding of B.C. is it's essentially Portland II with more pot. This is not a bad thing, but really everybody I meet from there seems to be pretty cool, job market seems pretty decent, etc.

Canada is just a pretty cool country all around. Seems to have a pretty "eh, whatever" attitude toward a lot of stuff. Except the French-Canadians. They seem like they mean business.
C

that's what i say about up here

Bourne post=18.68632.635147 said:
Lived here all my life. Nice Country although I could do without the ridiculous winters in Eastern Canada, specifically Quebec (the French thing is also rather irritating here)
Click to expand...

Don't say irritating if you ever come back in Québec! You might get into a fight...

I'm from Québec and altough I don't feel Canadian at all, I admire many things in this country.
Click to expand...

the sad part about the whole quebec thing is most quebecois think they'll seperate, it's only 90km north and south of the st laurence, as i put it the dams are on indian land and most ppl remember what happened when the gov said they couldn't build a golf course

You might want to back that argument up, cuz the last time I checked niether the Pope, Dalai Lama nor Budda ever had a say in what America does.
Click to expand...

No, but the last time I checked, the possibility obama was a muslim caused an uproar.

as for religion in the american gov, it's rampant, heck the country was started on the basis of religion. it's why sex and any form of nudity is considered worse than a lot of blood and gore
W

Yeah... I do like living here in Alberta (born and raised here). Great province! I do have to agree with Khell, I do not think anyone in Edmonton has ever used a signal light before... or if they have i sure missed it.

I do wonder about Quebec though... does no one there work that they are out all day rioting and burning police vehicles? ... I'll leave it at that rather than go on my usual rant...

Canada's Healthcare System... ... ... Well when my friend who has lupis had to go to the hospital for a morphine injection and I drove her there and she had a standing order for the morphine and the nurse called her a liar and refused to give her the morphine... I must wonder about some nurses... though that may be an isolated incident with a bitchy woman .

Beautiful country though, I have been from BC to Manitoba (well Winnipeg...) and there is a lot of beauty in the country(at least the west...)

Though truly i must wonder how Stephan Dion expects to get elected with his retarded Carbon Tax where they take the money from the carbon tax and give it back to low income families therefore eliminating no carbon dioxide emissions and just spreading wealth around to those who are worse off... though technically they won't really get anything out of it and will probably just get what they paid for in tax back... HOLY CRAP THAT SOUNDS LIKE THE GST REBATE CHEQUES!
C

Wtfcats post=18.68632.635459 said:
Yeah... I do like living here in Alberta (born and raised here). Great province! I do have to agree with Khell, I do not think anyone in Edmonton has ever used a signal light before... or if they have i sure missed it.
Click to expand...

Canada's Healthcare System... ... ... Well when my friend who has lupis had to go to the hospital for a morphine injection and I drove her there and she had a standing order for the morphine and the nurse called her a liar and refused to give her the morphine... I must wonder about some nurses... though that may be an isolated incident with a bitchy woman .
Click to expand...

i'd have to say a rather small percentage of the nurse populace, i will say a lot of them have to put up with a lot of crap, especially over stuff like morphine and other narcotics like that

We aren't some big red hat sitting on top of USA.

Anyways, I have always loved living where I do. For all of my sentient life I have lived in the gorgeous mountains of British Columbia. Going on a family trip out to Toronto showed me much more of my country, which I must say was beautiful (excluding Saskatchewan, you only need to be there for like 10 minutes and you've seen all there is to see) and also made me more appreciative of the vistas of Giant mountains. 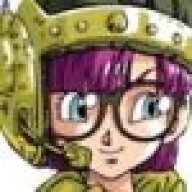 I love Canada. I went to Toronto several times when I was in college and was amazed that I felt perfectly safe wandering around at 2 in the morning. I lived down south briefly and a lot of people thought I was Canadian because of my accent, which made no sense to me whatsoever, but I enjoyed peppering conversations with "eh" to keep them confused.
R

One of 7 countries in the world i would like to live in, Australia, Canada, Germany, Norway, Sweden, France or New Zealand.

I see Canada as a lovely country, with loveable people.

Who can hate canadians? I do kind of resent they try and pass off ham as some fancy sort of bacon, but I digress.
I

Canada is nice, I suppose. I live in Wisconsin and don't actually even know many people from there.

My only qualm with Canada is their smallness. I feel comfortable living in a superpower nation involved in helping shape the world, like the Soviet Union at it's peak, the British Empire, even the Romans. I personally think cities like New York and Los Angeles each individually emit more culture and influence than the entire nation of Canada. Maybe I play Civilization too much, try not to hate me for saying it like that.

But I am totally FOR universal health care, as I am poor.
R

What do you think of it?

They did Germany, Canada and Britain so i'd thought i'd get an Australian one going.

Not too hard to find work if you try

Neither does Uwe Boll 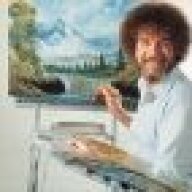 I was just wondering what the rest of the world thought about the Galaxy's greatest nation that I proudly reside in. 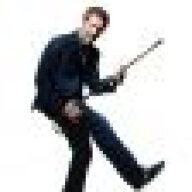 They did Germany, Canada and Britain so i'd thought i'd get an Australian one going.
Click to expand...

*waits patiently for a french one.*
I

Um, I guess I'm amazed that sea-faring nations like Japan, Indonesia, and China never colonized and annexed it long before the brits dumped a penal colony there. Other than that you have great accents, cheerful dispositions and otherwise get a thumbs up. Mad Maxed fucking rules, too.

Ares Tyr post=18.68659.635942 said:
I was just wondering what the rest of the world thought about the Galaxy's greatest nation that I proudly reside in.
Click to expand...

Mods will be pissed.
I