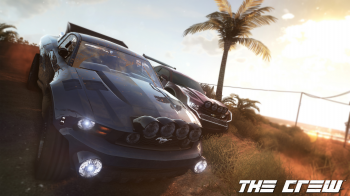 "It's not good news, I'm afraid, but it's just part and parcel," says The Crew creative director Julian Gerighty.

"Always-online" has, and probably always will be (at least until we all plug in to the Matrix), a controversial topic among gamers. Ubisoft's online racing sim The Crew will utilize the "feature", and creative director Julian Gerighty has some bad news about the system's rather heavy handed approach to those who's net connection cuts out.

"I think it's going to kick you out of the race," said Gerighty, when asked what would happen when the game loses connection to Ubisoft's servers. "It's one of those things that the game needs to work with an internet connection so I think you're going to lose the race you're in," he continued. When asked where the players would be sent, Gerighty replied: "Probably [the] title screen," admitting that "It's not the most elegant of solutions."

"I've got to admit though that I think our connection is a little bit more elegant than the Origin/EA server thing," he added, "but I'd have to get more details to give you a complete rundown. That said, it's safe to say that if you're doing a mission, you lose your internet connection, you're kicked back to the boot screen."

Furthermore, rather than having dedicated servers, The Crew will rely on peer-to-peer connections, meaning if the host of a current game leaves, everything must stop while the system migrates hosts. "If you lose a connection, then the host will migrate to somebody else," explained Gerighty, adding that host migration "won't be a great experience" for the player.

The Crew launches later this year for Xbox One, PlayStation 4 and PC.

Why does Gerighty seem to hate his own game? He is not defending its online aspects particularly well...

So is The Crew a multiplayer-only game, or a forced-online connection game? There is a subtle difference there, I guess: games like Titanfall are just multiplayer games all the time, while games like SimCity clearly had the online connection shoehorned in. Either way, I can't say I'll be picking up The Crew, but it is worth noting whether this is a bad decision on Ubisoft's part, or an evil one.

So then why in the seven hells should anyone buy this? If the game's functionality is going to be this unstable at launch and the developers are AWARE of this, then WHY SHOULD ANYONE BUY IT?!

I mean, let's be clear here people, EA is fucked up with the always online shit that happened with SimCity, but we NEED to remember that this was due to the fact they didn't PREPARE properly versus these people knowing there will be a problem in advance...

This game, let's be clear again, has developers that are aware that the design is deliberately working against the concept of a product you pay for being stable and functioning properly. Having admitted this, there is absolutely no reason anyone should buy this game whatsoever. If you buy this game, you are to SOME degree, saying 'I am okay with my games not functioning in the way they 'should' function and that if the developer wishes to make me pay for a product that does not work as well as it should or could, I will not be upset in response.'

Ignoring the fact that this game is basically a racing MMORPG, are you STILL okay paying the 50/60 dollars for a game like this? Because honestly, I don't know that I feel this is right when it's not being sold as an MMORPG that will say, have a lifespan of 10+ years, have content addition patches on a regular basis and system/gameplay/technical tweaks over time. If they're expecting us to DEAL with the game like it's an MMORPG, it should damn sure function and offer just as much content...

It's an MMO. Fill it with microtransactions and make it F2P. Then Ubisoft can afford servers, and everyone wins.

Hey, guess who's not buying The Crew? 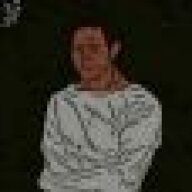 Always online DRM which will most likely kick you out of the game for a short delay in the server...

I have only one advice DO NOT BUY IT!!

There are better games, do not waste your time and resources on a non-functional products. Have standards and please advice others to have them as well. 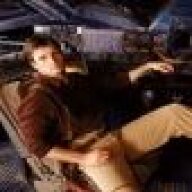 CarlsonAndPeeters said:
Why does Gerighty seem to hate his own game? He is not defending its online aspects particularly well...
Click to expand...

Sounds like he doesn't want this always connected....thing, but Ubisoft is forcing it on him. So he washes his hands of it.

Adam Jensen said:
Hey, guess who's not buying The Crew?

This one too, I've suffered through both Diablo 3 and Sim City bullcrap willing to give them a chance to prove themselves but now the industry can go f$%k itself, no more always online ever unless it's a f2p game since that at least has no value anyway.

Yeah I wish Blizzard had mentioned stuff like this when they released Diablo 3 then I wouldn't have bought it and been pissed off that I wasted my money on a game where user experience took second place to blizzard getting their cut for every item trade.

So I won't be buying the crew but you know what, I respect them for telling me what to expect.

CarlsonAndPeeters said:
Why does Gerighty seem to hate his own game? He is not defending its online aspects particularly well...
Click to expand...

I had the same feeling. Three, count 'em, THREE different times he specifically mentions what he is doing won't be a great experience.

Well then WHY THE FUCK are you doing it?! If you are in the process of making something and one of the aspects will make your product inconvenient to the user then maybe you should find a way to replace it or just outright remove it.

"We have a product that we think is great and we want you to buy it, but it will painfully and often squeeze sexual organs. It's not good news, I'm afraid, but it's just part and parcel." 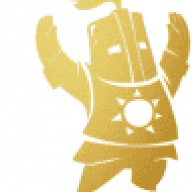 Does this game have a single-player mode?

And i guarantee Ubisoft won't have a clue why this doesn't sell well or sell's below expected numbers.

Between this and the bullshit microtransactions, any interest I might have had for this game has gone out of the window. Good job guys!

Jesus Christ, has this industry learnt nothing? Haven't Ubisoft?! You're guaranteeing the game won't work at launch but yet you're doing it anyway? Fuck you, you can kiss the fattest part of my ass.


Covarr said:
It's an MMO. Fill it with microtransactions and make it F2P. Then Ubisoft can afford servers, and everyone wins.

Not gonna lie, I've gained some respect for this guy for actually admitting this in such a blunt and open manner. The always-online DRM still sucks of course, but after seeing EA and especially Microsoft beat around the bush so often when it comes to things like this, I can't help but have a little respect for a guy who'll just flat-out acknowledge the downsides without trying to spin them as some sort of positive.

Hhmmm, he doesnt say that you need to be connected all the time and that this happens if you are in free roam. I highly doubt this game cant be played offline, isnt the overall premise like Test Drive Unlimited? Only after you go to the online and you loose connection you get booted to the title screen, like every other game out there, I suppose.

"Yeah, well, this is how it is but we're not going to bother thinking it through any further. Give us your money or go away." Gaming:21st Century. Have fun, kids. Enjoy your stay. Thanks for using Johnny Cab!

As a developer, you cant win, can you?

You pretend online experiences are going to be all roses and rainbows, and you get shat on.

You then get immediately torn to pieces for acknowledging that certain parts of online interactivity are open to disrupting your experience. The things he's addressing arent even exclusive to this individual title.

If you lose connection to the internet, you get dumped out of the match. If the game uses P2P, and the host leaves, the game experience stalls while host migration takes place.

These arent some newfangled problem with this new title, its a developer being upfront about problems that have been an issue since the birth of internet gaming.

Elijin said:
If you lose connection to the internet, you get dumped out of the match. If the game uses P2P, and the host leaves, the game experience stalls while host migration takes place.
Click to expand...

Glad to see someone in the previous comments read the article. I mean if you're in an online race and you go offline, what are you expecting to happen? The server AI to take the wheel, send you a cheeky email stating, "I got this, bro" and finish the race for you?

The only thing they can really be held accountable for here is the clumsy way it handles the disconnect and even then the guy is being up front and admitting its not ideal (suggesting its something that will be looked at). 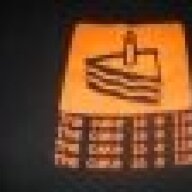 A significantly better way of approaching the subject then we've seen in the past, for sure, and if the game is always online in a "we want this to be a connected experience" way and not a "what if you're a thief huh what about that we have to always be checking" way then perhaps it's fine that the game needs to be connected. I mean, it's not ideal for a number of reasons, but I hope it turns out fine if their heart is in the right place.

But, you know... be on the lookout for better solutions. I understand you want an always-connected thing, but even a temporary single-player thing while the game tries to reconnect is better than "WHOOPS GET OUT OF HERE". Like, boot you from the race, but still let you drive around, and maybe give your internet a few minutes to try to reconnect.

I'm actually getting a bit more lenient on this kind of thing. Some games are so heavily influenced by persistent online components that to play without them makes for a very bare experience. Dark Souls, Dragon's Dogma and similar are still excellent games without the online components, nice though they are, but in something like an MMO, would you expect to be able to play offline? I don't know how feasible it is to implement any number of better solutions - limited offline mode allowing you to finish a race or objective (provided human players aren't the main opponent) or the option of waiting until connection is re-established and preserving the condition of the thing you're doing until it times out. Clearly this is not a game for people with shitty internet, which I count myself among, and that should be reflected in the sales, but as long as there are still many games that can be played offline, I find it acceptable that some can choose to exclude themselves from the market.