A storm of epic proportions approaches,as a special unit is assembled, and the backdrop to our story is set...

I rather liked it 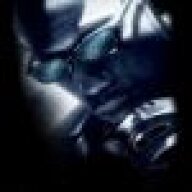 I loved the weapons and the blinking goggles! Great effects guys-
I

I'm interested in learning about the plot. Most of the other videos here are about video games themselves so I really want to see this continued seeing as how the story isn't based around video games or video game characters. Most Original IMO.
M

All I can say is AWESOME. I can appreciate the story line, a breath of fresh air. I'd like to see more of this and see where it goes.
T

Thanx "Weirdoproductions" glad you liked it. Thanx to everyone for the comments so far.
"Icegoten"- The plot is a little different from most of whats on this site,but trust as the story unfolds there are refrences to different games, etc. throughout. We just like to keep our references more subdued.(besides there's a storm coming...and that means anything could happen)
S

OMG i thought your video was so original and not like many others i have seen. This video should really win. Im voting and staying with yall all the way through. I am your 1 fan and hope you do win and if you dont u should continue making vidoes. I support u 100% so good luck.
Love, Shnuffy
PS shnuffy Rocks
M

Alright see you all doing your thang! Thats soo cool. Keep doing the thang and accomplish what your mind is set out to do. You all can make it! ) 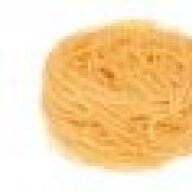 Not bad. But not great either. Lots of issues with the sound and the dialogue was a bit repetitive in places...also there appeared to be no plot. But it's still better than one or two other things I've seen so far.

Also, There's six posts, made by people who have only ever made that post, and they all appear to have fallen in love with a decidedly average movie. I smell shenanigans!
I

yea man its just so original! all the other movies were about video games and using special effects, this is hardcore! STRAIGHT GANGSTA UNICORN! 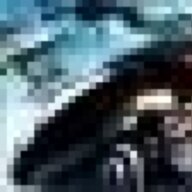 Well time to get to work... For starters at the moment its kind of hard to see what the plot is about. That necessarily isn't bad because its only the first episode plus that could also mean you have a huge story to tell. Of course the sound was the biggest thing especially at the end where you couldn't hear what they were saying. Personally I liked it. Especially that fat kid playing (from what I heard.) Call Of Duty 4. If you guys do win I think this would make a great series and you seem like you know what your doing. Just keep working at it. Oh and also some references to other series like for example (Doomsday Arcade) might be funny also.
R

I found it interesting at first but then got very bored towards the end.

Good job... I encourage you guys to go on with your plans for this even if the escapist doesn't help. With a budget and some better equipment you guys can make it big...