The Escapist On The Road: PAX East 2013 - Parents as Characters Panel

Videogames have traditionally done their best to ignore parents - if they?re around at all, it?s just to give the real hero his lunch before he heads off to save the world. Recently, games as diverse as Papo & Yo, Heavy Rain, Persona 4 Golden, and The Walking Dead have shown that parents can have an immense impact on a character - or player?s - life. During this discussion, we?ll examine the growing role of parents as characters in videogames, and how that might impact the kinds of stories that are told, and how real-life parents might interact with their game-playing kids. Moderated by Susan Arendt (The Escapist).

I may not be a fan of DA2, but Mike seems like a cool enough guy.

I may not be a fan of DA2, but Mike seems like a cool enough guy.
Click to expand...

He's pretty great, yeah. All those guys are.
V

Quite enjoyed this one, even if I was playing KSP at the same time.

Though I'm not a parent myself I am having a go at writing a basic script for a game for next month's nano. The reason it's relevant is the protagonist I've put together is a mother. Some of the comments have made me rethink how I'll approach certain aspects of the game's storyline. 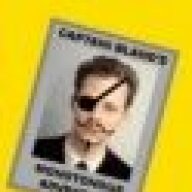 Huh, I never knew that about Gears of War.
Maybe I owe it a little slack.

But just a little because that sick fuck Dom still strait up murder his traumatized wife and Marcus encouraged it.