The Five games that define you as a gamer

Most of these are really games that define my mentality rather than my history, with the one exception being the first:
5: VVVVVV: Essentially this was the game that got me introduced to the indie game scene. Before this I was playing free flash games on Kongregate all my days.

4: Team Fortress 2: There's always a little more to learn and a way to improve, and yet even when you just want to mess around you can still have fun.

3: Spiral Knights: Sure the challenge and the amazing yet simple combat system with fluid controls that make you consider every minute detail about timing and location and forces you to look at what will happen ahead of time in real time is why I play it, but it's also the game that really let my leadership and tactical abilities shine out, since it was the first co-op action game I really got into.

2: Dustforce: Ah to strive for perfection, to save yourself from near failure, it's a game built around that and that is why I love it.

1: I Wanna Be The Guy. I'm serious. When you go so far as to beat this game it becomes a part of your life. This is the game that truly taught me to laugh at my failures and keep pushing onwards.
P

I am a huge RPG fan. 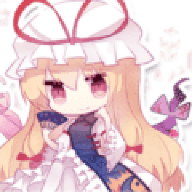 You've made me think pretty damn hard about this, but I think I've got my five.

1. Pokemon Silver
The game that started it all for me. I got it at Christmas when I was four along with my GBA which is still in my house and working well to this day. I think I put like hundreds of hours into that game, collecting Pokemon (Back when the phrase "Gotta catch em all" sounded plausible) and Badges, talking to all the people and loving the fights that occurred. Then when Soul Silver came out I played the hell out of that game too. God, seems like just yesterday I was playing the original Silver.

2. Sonic Heroes
I know the bad rap this game has but damn was it fun. I loved switching teams and the idea of playing as more then one character seemed so alien at the time for me. I can go back to this game and notice the flaws it had, but man that feeling when I seen the final boss for the first time. Something so huge and powerful, something that made all four teams look so tiny in comparison, then after beating him with Super Sonic and watching the satisfying ending I almost immediately started a new file just to do it all again.

3. Kirby: Nightmare in Dreamland
The first game I was incredibly stoked about because of the commercials. When I finally got it for my birthday and introduced to the lovable pink ball known as Kirby it was love at first sight. The numerous powers, the interesting level design, the minigames, the fun bosses like the guy that sends paintings at you, or where you defeat Kracko by slamming your entire body into him, then the final boss which took a shameful amount of lives to kill off. I can say with zero shame however, that I've had at least 20+ files all up to 100%. This may not sound incredible because of the length of the game but still, this game and Sonic Heroes I played religiously.

4. Street Fighter II
First game I ever played for the Genesis. At the time I had no idea how to do special attacks like Hadouken or Shoryuken so I spent the fights just punching and blocking. This game did ignite my love for fighting games though, and without this title I never would have found MvC2, Street Fighter Alpha, Blazeblue, etc. Also I looked up to Ryu as a child. Is that sad?

5. Saints Row 2.
Literally bought on a whim on PSN with no idea what the game was about or if it was good or terrible, I even regretted buying it at one point while watching the progress bar slowly fill up. Then gameplay started and I loved every second. This was my first open world title as well, I remember just going on rampages just to get killed and do it again because I never had the pleasure of just randomly killing civilians like this. The story was top notch too and my sole complaint is that I dislike having the plot closed off until I did some of the side missions. Granted if the game didn't do that I wouldn't have had as much fun, and the pain of doing some of those for the infinite ammo upgrades or car vallet made the reward so much sweeter. I love the game, but the sole complaint is the only reason I don't do as many playthroughs as I should. (on my third one now)

So yeah that's my five. I could have gone on to add Disgaea: Afternoon of Darkness, Sonic Advance, Earthworm Jim, Fallout 3, Saints Row the Third, Megaman 2, Mario Brothers 3, Batman Arkham City, No More Heroes, etc. But these five stand as the top of the mountain for me.
B

1. Dark Souls.
The most immersive and rewarding video game that I have ever played. For me this is the best game ever made. It has its flaws, like most games, but it draws me in like no other (Apart from Demon's Souls - see number 3!)It's gonna take something special to remove this as my all time favourite. I was so obsessed at beating the Capra Demon, a foe that had laughed at my futile attempts to kill it many a times, that I brought some beers and refused my self one until I had beat it. Two hours later I was sipping on chilled success.


2. Dragon Age: Origins.
An epic game and an epic story. Although I was slated at the time on many forums (not this one, just joined!)for daring to suggest that DA:O was a better RPG then Mass Effect 2 it's something I still stand by. For me, this is the best Bioware game they have released this gen. All the characters were great, especially Alastair and Morrigan, and the setting and story was right up my street - being a fantasy lover.

3. Demon's Souls.
The game that made me get an PS3. Dunno about anyone else, but when a new gen is launched I tell myself I can only have one until the end of the cycle. That why I can pick up the other consoles and all the best games they have to offer at a cheaper price. Makes sense right? So I got an Xbox 360, because it was cheaper and had the better port of Oblivion on it. Cue 2009. Rumours began to circulate in the east of a game called Demon's Souls. People raved about it, reviewers praised it for being so bold and unforgiving and casual gamers would flee from any game store stocking it with a look of terror on their faces. So, I ended up purchasing a PS3 and Demon's Souls and have never regretted it: even though the price for a PS3 was still shockingly high. The Tower of Latria is still one of my favourite game locations to this day. Damn those Flayers and there bells! Damn them I say!

4. TLOZ: Windwaker.
Twilight Princess took the crown off The Wind Waker for a while after I played it, but when I wanted a Zelda fix I was always drawn back to the Wind Waker, however. So I have finally admitted to myself that the kiddie one is actually my favourite!

5. Morrowind.
The game that started my obsession with RPG's. Before morrowind I was more inclined to play GTA or Fifa than an RPG; after all, the market in the PS2/GCN/Xbox era was saturated with JRPG's and I never liked turn based games or the art style they used. Then one day, my older brother talks me in to trying a game that I had never heard of, it was a PC game for a console. I thought it would be crap to be honest. Running around with a sword and just hacking things up. I'd take a good champions league run on Fifa over that any day of the week. How wrong was I! I soon realised that the game was very deep and had a lot more to it than I thought. There were towns, cities, people to talk to, to sell too! I could do anything I wanted. At first I was a proper newb! at one point I couldn't understand why my sword broke after a while lol. Although I probably put more hours in to Oblivion, and now Skyrim, Morrowind will always be in my top five due to it being the one that started the obsession!

So that's my top 5. To be honest all the games I have in my collection are great and there all keepers but the 5 listed mean more to me. 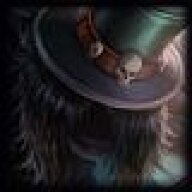 IMO it is the best game ever made. And not only did I spend countless hours playing it, I've also enjoyed every moment of that game. I got nothing more to say. Graphics is a bit outdated if you look at it now, but it's hands down best RTS/RPG game ever made.

I don't think that I can tell you anything about this game that you already didn't know or haven't experienced yourself so I'll restrain myself from writing unnecessary stuff. Let's just say that after this MMO any other was not even comparable. I would give it a try and conclude: "well WoW is better, may as well keep playing that".

Dear God, I've played the shit out of this game. A solid story with mythology aspect which is something that I like and enjoy very much in games and overall.

Another RTS which I've played a lot, including expansions which were really cool and added some interesting story elements. This game set my mind in state where only games which I enjoyed playing were RTS's.

I don't think this game is worse than any of my previous (except for War3) so putting it on 5th place doesn't really mean anything. I don't think there is a game which I have played more than Pokemon games. And I've played almost all of them Red/Blue/Yellow/Silver/Gold/Crystal/FR/LG/Ruby/Sapphire/Emerald/Pearl/Diamond/Platinum/HG/SS.

I don't like new generation games at all, I found new Pkmns dull and boring, maybe it's just me but Pokemons aren't what they were back when I was younger.