The Game...That Made You A Gamer.

Starbird said:
What was it? You know, the first game (or games) that absolutely consumed you and got you into videogames forever?
Click to expand...

That's actually an interesting question. My first actual game was probably Super Mario Bros on the NES, but that didn't make me a gamer.

I became a gamer years later when I played Xenogears on a friend's PS1 while they were in class (my freshman year of college).

So Xenogears is my answer.
R

For me it was Supaplex for DOS and Shortline for DOS as well. Later Dune 2. 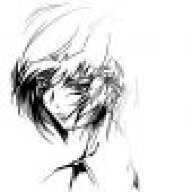 Dune 2 and Doom started it all but S.T.A.L.K.E.R. SoC was the first one that I just could not leave and thus played it something like 30 hours straight. 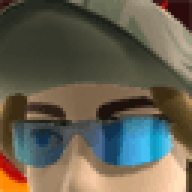 For me:
The Legend of Zelda: Ocarina of Time.
J

The first games that got me to start loving video games were contra 2, super mario bros 3, final fantasy 8 and mortal combat 1. Those games started me off as a rather casual gamer, about an hour or two a day as a way to hang out with friends or something to do on rainy days when I was a kid.
The first games I really loved that would nag a me to come play them again when I stopped were kingdom hearts, Soul calibur 2, and Yugioh.
The first games I really got 'addicted' to were Diablo 2, and warcraft 3, I would pretend to be asleep and stay up all night long on the weekends playing those games.
The game that really made me want to dedicate my life to making games was world of warcraft which at the time felt like it was opening a whole dimension of possibilities for games to continue on not as a single coherent experience but rather as an entire alternate reality.
J

Both games were on the NES and both games weren't forgiving, it brought me my "I GOTTA BEAT IT" attitude for every NES game to follow. 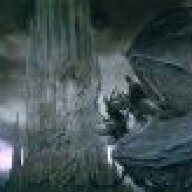 I knew the thread's title reminded me of something...
http://www.escapistmagazine.com/forums/read/9.861123-What-was-the-game-that-made-you-a-gamer

So, same answer:
Sid Meier's Pirates! The real one, not the remake.

For me, it was Final Fantasy. I always liked the fantasy settings of warriors and magic, Final Fantasy just made it awesome. It also took me YEARS to beat that game, but I finally did with the traditional team of Fighter, Blk. Belt, White Mage and Black Mage. The Black Mage did not survive that fight and the Blk. Belt was reduced to 1 HP, but Chaos finally met his end with that party.

I would also like to add that I absolutely loved the music from Journey to Silius. They may not have survived on the gaming scene long, but God did SunSoft make some damn good 8-bit music.

When I was a kid, the original Spyro the Dragon always sparked my imagination, what with all the different worlds and creatures. It's certainly the first game I remember being fond of, besides pokemon, which was basically digital crack.

I can't really ever remember not being a gamer though, so its possible there was something before that and I just don't remember it... 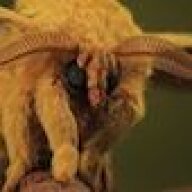 For me it was trying to hijack my brother's computer when he wasn't around. I played Star Wars Galaxies and Counter Strike. Eventually I got good enough that his friends that invited me to matches just accepted that sometimes his mic wasn't turned on.

Haha, I wonder if they ever talked about that?

There were also other games but those really stuck with me. Just like Pokemon Gold, Mario Kart for the N64, and Luigi's Mansion for the Gamecube really made me realize how genuinely fun gaming could be. 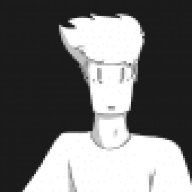 Pokemon Silver. Received my cousin's Game Boy Color with that bad boy inside at about age 6, and my personal productivity was just a downward spiral from there.

I begged my mom to buy it for me, more because I liked how it looked more then any gameplay value or anything. We had a ps2 I barely ever used.

I put it in and 2 hours later, that was it. There was no stopping me.

There's too many to pick out, so I'll mention the system that did it instead.

The spectrum 128k+3
while I had the good old 48k, the games were fun but it wasn't until I had that glorious upgraded version that I ran into the kind of games that grabbed me and never let me go.

Games like this and titles of similar ambition that followed on later systems are what made me a gamer. 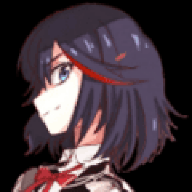 Possibly Pokemon Yellow. That was the first game I can remember owning when I first got my Gameboy Colour (also my first gaming device).

I think what then really got me into gaming (on PC especially) was Age of Empires 2. I was very young when I played it so I had no real idea what I was doing but I absolutely loved every minute of it. It still remains my favourite RTS for that reason. It was that game and then getting a PS2 that got me gaming regularly ever since.
R

Zelda: Link's Awakening, definitely. In fact, I think most of my history as a gamer is ultimately related to some Freudian trauma caused by the ending of that game. I know it wasn't THAT bad, but it was a lot for a 7 year-old to handle, in particular the existential dread at knowing that the completion of your quest must result in the deaths of many others...there's something profound to be taken from that, probably. 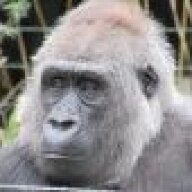 Nethack, and almost two decades later I still haven't completed it.
B

There are a couple of games I can remember that I played when I was around 4. I never beat them, but they are some of my earlier memories:

The Fantastic Adventures of Dizzy (I found it terrifying yet awesome at the time; my mom used to play it with me)
Super Mario Brothers
King's Quest (I don't remember which one, but I got stuck when I was supposed to present an item to a dwarf with large eyes)

The first games I really delved into and gained a real appreciation for the medium were later on when I was a tween:

Suikoden
Final Fantasy Tactics
Tony Hawk
Silent Hill 2 (This was one of the first horror game I can remember playing; I quickly got overwhelmed and terrified when I first tried it at 11ish and gave up. Thankfully, I rented it again years later.)
Star Craft (I was so awful, but I loved it and wasted tons of hours on it. It was the first game I played on the internet.)

It occurs to me that there are tons of other titles that come to mind like Conker's Bad Fur Day, Dance Dance Revolution, Army Men, Mario Kart, Final Fantasy VII, Yoshi's Story, Doom, and Fatal Frame. I have a lot of good memories attached to some of these; I find that while a lot of the fondness comes from the content of the game itself, some of these games have specific memories attached to them like who I played with or who else was engaged in watching (and occasionally back-seat gaming) at the time.

As a kid, I was annoyingly excited to introduce others to new games (especially horror), try ones my friends/brothers liked, and even watch others play. I think that, at least to some extent, really anchored me as a gamer. Does anyone else notice a social element with their earlier game experiences?

My dad had gotten my older brother and I an SNES way back in 1992 (He was 5, I was 3) for Christmas. The system came with two games; Road Riot 4WD (Does anyone else even remember that?) and Super Mario World.

After my brother went first and died quickly as Mario (remember, little kids), I tried playing as Luigi.

From just that first moment, my brain probably reacted like this:

That started a relationship with video games that has gone on for over 20 years.

Prince of Persia springs to mind (the original one), though I can't quite reconstruct the timeline, as it's been a while and I was a really small kid back then. But in my formative years some of the key titles were PoP, Dune 2, Civilization, UFO: Enemy Unknown (or as you Yanks called it, X-COM), X-Wing, Monkey Island, Super Mario Bros 1 & 3 (NES was the only console I owned), Legend of Zelda 2