RE4, Hot Fuzz and I Jedi 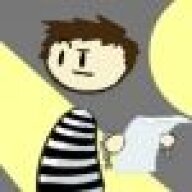 Haven't read any legit books in a while, so...
Inception, Plus TF2, Plus Atomic Robo.

This could be the greatest thing of all time. 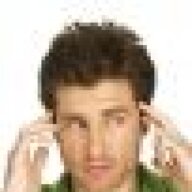 Hound of the Baskervilles, Minecraft, and King Kong? Oh man... So Sherlock Holmes is trying to build a house but King Kong comes and knocks it down and pushes him in to a lava flow... yeah.
T

Rise of the Planet of the Apes + Mass Effect + Harry Potter =

It's far in the future, and the ultra-intelligent Apes have taken over most of the world. A small band of futuristic-wizards (someone can make that work) has gone into hiding, planning some way to take back the world from the apes. They break into an ape stronghold by night with the invisibility cloak, taking out any gorilla guards if the have to, and finally come across a control room. They send out a distress call into outer-space.

Who receives this call?

The SSV Normandy. Shepard and his crew arrive on earth, finding it ravaged. They team up with the futuristic-wizards (one being a descendant of the H-man himself, of course) to take back the earth. The final battle being an all-out war with Shepard and Potter (and their buddies/crew) against Caesar and his men.

A young, frail girl born to the Republic enlists to fight the tyrannical Robot Demons of the CIS after being given a special serum that gives her superior strength, speed, agility, and Necromancy powers. She is given command over an elite group of clone soldiers and befriends a magical knight all while saving the world and trying to find her father in the Underworld...

Sorry to go off topic, but is that any good?

So basically, man goes to jail for something he didn't do, man escapes from jail, and then proceeds to be chased by his dead-wife's father who wants his child... 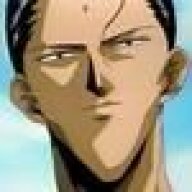 Mario goes insane and develops a split personality (Wario) who creates a series of "Civil War Clubs" wherein members form kingdoms and have small skirmishes and plan political assassinations against each other.

True Lies, Prejudice: Section 8, and The Hobbit.
I have no idea how this would work... Arnold Schwarzenegger drops from the sky in a power suit to fight terrorists, and the leader is a dragon who sleeps in a mountain. Uhm... this sounds kind of cool. 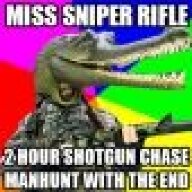 So Mulan meets Red Dead Redemption: Undead Nightmare meets the Infernal City.
So a zombie western set on Nirn where a woman goes undercover as a man to become a big damn hero.
Cool story bro?

Rise of the Planet of the Apes + Command and Conquer: Red Alert 3 + The Art of Warfare

I'd say humanity's pretty fucked. I don't read a lot of books... funny how one i actually read should fit so well into this recipe for disaster xD 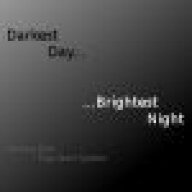 Hmmm.
The plot would be about old innkeeper hiding his identity but being recognized by a chronicler Zilean, who wants him to tell him the reall story of his life. The Innkeeper is founded to be Master Yi who decided to leave his past live behind as he made a lot of enemies and friends.
In three days Master Yi tells the story of true events that happen one day 10 years ago.
Champions leaving in the small vilage were hunted by a past in witch 16 years ago a serial killer Tryndemare murdered 7 people. His wife Soraka, Policeman Garen, and few less important characters like Veigar.
16 years later 7 teenagers born on the day of Tryndemars Death (Corki, Lee Sin, Ezreal, Leona, Karma, Trundle and Sion). Master Yi was a policeman who shot Tryndemare more than once and was a witness of most of the events.

Join the adventures of low-end Con Men William Burke and William Hare as they try to make a living salvaging the bionic implants of the recently dead and selling them in the Imperial Hive City of The Sprawl. Their job is becoming more and more hazardous as the corpses of the recently dead begin to come to life as blood thirsty alien monsters created by an unknown Xenos threat. Can Burke and Hare escape the Sprawl with an army of angry Xenos on their tail? Maybe. But can they do it AND dodge the newly arrived Space Marine detachment sent to sterilize the sprawl? So much for easy money.
J

So it's Batman vs Luke Skywalker vs Alex Ferguson

Sherlock Homles travels to America, asked for specifically to work a confidential case. His client is Saxton Hale, CEO of Mann Co. His request is for him to go to a mysterious manor in the middle of nowhere, trying to find legendary hidden weapons schematics that were kept by the late
Zepheniah Mann.

On his way, Holmes encounters the powerful "Super Soldier" Steve Rodgers, also known as Captain America. Convincing him to aide him in this hunt for one of America's most well-hidden secrets, the two arrive at their destination, but find they are in for the fight of their lives, as 18 powerful and crazed mercenaries (But a bunch of them look identical...) are fighting over the manor at the request of Zepheniah's two sons, claiming they rightfully own it.

Dodgeball, Assassin's Creed: Brotherhood, and The Last Chancers. So it's a group of penal legion assassins with an ungodly amount of skill in free-running and kills people with dodgeballs because of an idiot who runs a gym next to theirs? Somebody get this thing an award.

Rise of the Planet of the Apes

readin's fer yellabellies! seriously though, i think the last full book i read was a long time ago, it was probably Halo: The Cole Protocol
M

so someone strapped with some sort of thermal bomb or something sent to rob a back will being hunted by the arbitors set in 40k with random mixes thrown in....... dear god this sounds awesome
B

Mine is Total Recall combined with Deus Ex and A Clockwork Orange.