With just three simple words, the interest level in season six of Game of Thrones just went from "moderately high" to "SHUT UP AND TAKE MY MONEY ALREADY!!"

The first full-length trailer, which was released earlier today, is a veritable onslaught of sex, violence, and sexual violence, which fits right in line with the dark, dark world of Westeros that we have come to know and, well, if not love than at least grow enamored with. Opening on a shot of a still-dead-but-totally-not-dead Jon Snow, the trailer gives us just enough of what we can expect in season six without answering any of the burning questions left over from season five. Questions like:

-Is Jon Snow really dead? Like, really really?
-Will Sansa and Reek actually escape Winterfell before being recaptured by Ramsay?
-Does Melisandre ever get chilly while constantly disrobing?

What the trailer does reveal, however, is that Zombie Mountain will do some major damage to the army of Sparrows, Arya Stark will still be blind (and pay dearly for her insolent behavior), and Bran Stark will totally run into the White Walker King at some point.

With HBO recently deciding not to issue advanced screeners of "Game of Thrones" to members of the press thanks to the insanely-rampant piracy issues [http://www.escapistmagazine.com/news/view/165677-Game-of-Thrones-Is-Most-Pirated-TV-Series-Four-Years-In-a-Row] the show faced last year, the wait until its April 24th premiere just got a whole lot longer.

Looking at the trailer, there were a lot of scenes that show what look like Stormlands soldiers - they're certainly not wearing the armour of the Lannisters. If so, who's even leading them?

Also doubt King's Landing is going to wage war with Dorne, unless Cersei really is that thick. They have to deal with the Sparrows, an oncoming winter, a kingdom in ruins, and other rebellious elements.
S

I am curious to see King Tommen's development in Season 6?

I mean how will he react when his Sister has been killed?

I am curious to see King Tommen's development in Season 6?

I mean how will he react when his Sister has been killed?
Click to expand...

Season 6, TRIPLE KILL, yup right here and right now who's up for number 3 of the Lanister kids getting killed?

Nothing pointing to the Greyjoy's family storyline from that trailer.

But yet the biggest mystery and unanswered question in the Known World will persist...

hentropy said:
But yet the biggest mystery and unanswered question in the Known World will persist...

Probably because it will look like she barely has any eyebrows if she bleaches them. Atleast, that's how it is for most people with really light blond hair.

Why did I say bleach? Because it's pretty much impossible to dye hair white and still keep it natural looking. When someone goes to the hairdresser's to get their hair lightened, it's not dyed but bleached. For eyebrows, cosplayers usually use methods that involve glue (the type that can be washed out) and acrylic paint. It usually looks fine from a distance, but up close you can easily see they, well, put glue on their eyebrows and painted them a funky colour. I don't think professionals have access to much better methods... 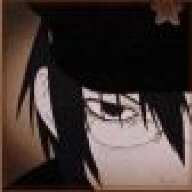 Have to admit, the trailer looks good. Maybe I'll watch a few episodes, and then complain how they differ from the original source. Oh wait...
H

I don't think Davos is going to avenge Jon Snow, he's going to avenge Stannis' daughter. Besides, Jon's not dead (in my opinion), so no real need to avenge him. Very convenient that the woman who serves the god who can bring people back from the dead, showed up just before he gets killed.

OT: Someone help me out, as the clip was short. Did I see the actor who plays Bran up and walking around in a scene? Standing in front of a White Walker I think? If so, that's pretty cool. They're going to let the actor actually walk around when he's "riding" someone's vision, instead of having some weird camera effect. Much more practical, and we get to see the kid actually move around again, which will be nice.

I'm interested, but not chomping at the bit for this season. Though I am curious what's going to happen to Arya, she's one of a short list of characters that I'm actually rooting for in this show.

I guess a certain blacksmith with a horned helm is still firmly lost at sea?

I assume Bran just runs into the white walker in a dream state since he's standing. Unless... magic.
H

Lightknight said:
I guess a certain blacksmith with a horned helm is still firmly lost at sea?

I assume Bran just runs into the white walker in a dream state since he's standing. Unless... magic.
Click to expand...

yeah, that entire plot thread with the blacksmith and the group of people he hooks up with...along with some other characters introduced that never showed back up on the show...*coughs*, is sort of depressing it never went anywhere.

And the Bran thing, yeah I'm guessing it's how they're going to implement his "riding" ability, and just have the actual actor standing around, since he's technically controlling the body at that moment. Makes sense.
Show hidden low quality content
You must log in or register to reply here.
Share:
Facebook Twitter Reddit Pinterest Tumblr WhatsApp Email Link
Top Bottom