The Longest Journey Crosses Over to iOS

The Longest Journey Crosses Over to iOS 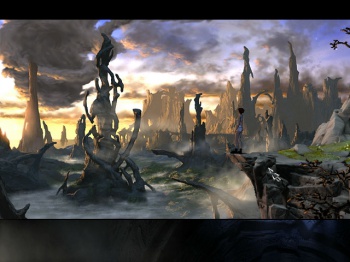 Funcom's Ragnar Tørnquist has confirmed his classic point-and-click adventure game The Longest Journey is being ported to iOS.

The Longest Journey is, genuinely, one of the best examples of its genre. It never quite achieved the same mythic status that games like Kings Quest or Monkey Island enjoy, perhaps because it was released in 1999, missing the point-and-click golden era of the early 90's by a hair's breadth, or because it was a relatively serious game surrounded by farcical contemporaries. Regardless, it was brilliant, and April Ryan, struggling art student and reluctant chosen one, deserves to stand alongside the likes of Manny Calavera and Guybrush Threepwood as one of the most likable characters in gaming, period. I could wax philosophical about this game for pages, gentle readers, so instead I'll direct you to this piece by Tom Rhodes [http://www.escapistmagazine.com/articles/view/issues/issue_27/166-Three-Days-in-Arcadia], which explains why the game is great, and by extension, why you should buy it when its released on iOS.

Tørnquist was being pretty stingy with the details, he hasn't given us a release window for the port, a price, nor any idea if any changes will be made to the game's forgiving brand of pixel hunting in light of the iPhone's smaller screen. Funcom is presumably busy putting the finishing touches on The Secret World [http://www.escapistmagazine.com/videos/view/trailers/3026-The-Secret-World-Everything-is-True] so, like Dreamfall Chapters -which we were promised back in 2008, Ragnar- we might be waiting for this one for a while. 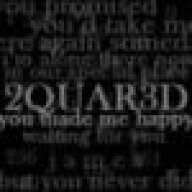 While I don't own an iOS device, this is great news for those who haven't played The Longest Journey (which, for the record, is a brilliant adventure game with some incredible personality and storytelling)!

Good. Go buy this game as soon as it becomes available if you haven't yet played it, if you've any interest in gaming as a storytelling medium you'll love it and if not... well I don't care since you'll still be supporting the franchise which I desperately want to be continued anyway.

It really is a brilliant example of gaming at it's best and I genuinely love this game. The more who play it the better!
U

Noice. The Longest Journey games were awesome. Flawed, but awesome.

Now give us the next game you bastards!

2QUAR3D said:
While I don't own an iOS device, this is great news for those who haven't played The Longest Journey (which, for the record, is a brilliant adventure game with some incredible personality and storytelling)!
Click to expand...

I hope I don't sound like an ass here (too late) but what other games do you consider to be 'brilliant with incredible personality and storytelling'? Also, how much of The Longest Journey have you played? Your STEAM Account says half an hour...
Click to expand...

The Longest Journey came around well before Steam did, where it can be bought for pretty damn cheap.

For the iOS thing by itself is not that big a deal to me but it's great to see the series getting some additional recognition and press like this, since Dreamfall ended on a cliff hangar and the 3rd game is long overdue!

Sober Thal said:
I hope I don't sound like an ass here (too late) but what other games do you consider to be a brilliant example of gaming at it's best? Also, how much of The Longest Journey have you played ?
Click to expand...

All of it multiple times, I wouldn't be calling it one of my favourites if I hadn't beaten the thing, that would be stupid. And in anticipation of you nitpicking the game to oblivion and back I'm well aware it's got flaws aplenty both in gameplay, which is truth be told some of the worst sort of convoluted logic puzzles and pixel hunting, and even story with sections such as the later air/water section filled with far too many long-winded rants for even my liking.

That said the game has soul and the overall story, the characters especially, stand out as exceptional in my mind. April Ryan is easily the most well realized and just as importantly, believable characters in gaming. She reacts in a manner that makes sense and while being entertaining is also a sympathetic protagonist overall. The dialogue is fluid, well written and well voice acted as well! It's just a well delivered story which despite stumbling in a few places I nevertheless find extremely endearing. It's also quite imaginative and deals with some surprisingly serious subject matter despite the seemingly innocent beginnings.

As for other games, story wise Planescape: Torment is the easy answer here. In other rpgs I've always loved Baldur's Gate 2, Vampire: Bloodlines and more recently Mask of the Betrayer. That said I'm also a fan of more simple story as well: I like Prince of Persia: Sands of Time for example, it's a great example of a simple story being told well and through an endearing cast of characters I think. Psychonauts is another if more silly example.

In terms of old point & click adventure games my favourite classic is probably Sam & Max Hit the Road, always been a sucker for that pair. Like the old Broken Sword games as well, plus the obligatory Monkey Island and Grim Fandango mentions. Never did play the Gabriel Knight games and always keep meaning to pick em up from GOG sometime.

Anything else you'd like to know? I'm surprised you've even heard of TLJ actually, from your posts in the forums I always pictured you as more of a console fan as opposed to ye olden Point & Clicks from 1999.

Genuine Evil said:
Dreamfall made my cry for a good 10 minutes.

When the fuck are we getting a sequel?
Click to expand...

Apparently they are working on another game at the moment so any hope of a sequel being made won't be untill after that.

2QUAR3D said:
While I don't own an iOS device, this is great news for those who haven't played The Longest Journey (which, for the record, is a brilliant adventure game with some incredible personality and storytelling)!
Click to expand...

I hope I don't sound like an ass here (too late) but what other games do you consider to be 'brilliant with incredible personality and storytelling'? Also, how much of The Longest Journey have you played? Your STEAM Account says half an hour...
Click to expand...

I played it years ago, and repurchased it recently on Steam
As for other games with incredible story or personality/distinct character, I'd say Silent Hill 2 (I'm biased, check my avatar), Beyond Good & Evil (mainly for its cast), and Bioshock (mainly for its themes and depth).

Genuine Evil said:
Dreamfall made my cry for a good 10 minutes.

When the fuck are we getting a sequel?
Click to expand...

Before the end of 2013 if Ragnar is to be believed. As far as I can work out, and we've discussed this on the official TLJ forums, Ragnar is moving onto a Dreamfall/TLJ game (Not sure if it'll be Dreamfall Chapters or The Longest Journey 2 at this point) once The Secret World is released next spring.

This is such a brilliant point and click game. It's great that more poeple will get to experience it.

Now, another one please?
V

Sweet. Can't wait to get it on my 'Droid. Never actually finished the game, but looking forward to it.

Sober Thal said:
But yeah, thanks for reply. I'm going to buy the game now. I just needed a personal response on why it is considered such a great game.
Click to expand...

Hope you enjoy it. And yes it's fully voice acted and with a few exceptions is actually quite well done as well, with talented voice actors and good directing. I can think of a few examples of where the voice acting stumbles but by and large it's quite good.

And if you play it go in for the story, not the gameplay. Even as a massive fan of the game I'd have to be blind not to acknowledged the puzzles which range from stupid and illogical to overly easy. The story however makes it worthwhile in my mind, which is rare because by and large I consider the vast majority of games to be absolute shit when it comes to story-telling, even a few often praised for it.