The modern man and full beards 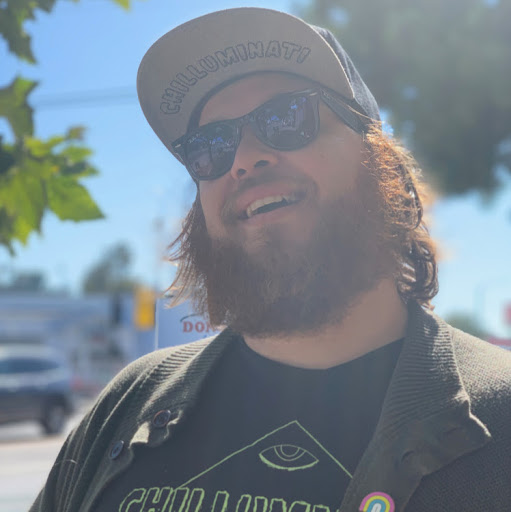 
TopazFusion said:
On the bright-side, if you DON'T have a beard, you look at least a few years younger than anyone the same age as you who DOES have a beard.

And I don't have a beard (despite what my forum badges say). Any hair growing on my face really irritates and annoys me.
Click to expand...

It's actually for exactly that reason that I did grow a beard. I always looked a good many years younger than I am. I remember a fun little conversation where a man thought I was 18 and started going lower from there flat out saying I couldn't be younger than 16 as I had stated earlier that I drove.
I was in my early twenties (thinking 21 or 22). And even had a five O'clock shadow.

I've had a full beard since I was 16, myself, which was... 7 years ago now? When I say full I mean full, too, no scraggly teen growth here. I still shave my neck and cheeks daily, since it /still/ doesn't grow like it should on the cheeks, and anything less than Duck Dynasty lengths on the neck is a major no-go, but still, that's like half as much shaving as I'd be doing if it was everything. I also take a pair of scissors and a comb to it about once a month to thin it out, and keep it clean like I do my hair, but beyond that it's fairly low maintenance. I've never really had that issue with it getting itchy, if anything that's more of a problem for me on the rare occasion when I shave it off totally.

I also had long hair at 16. I miss my long hair. I'll probably grow it out over the Summer a year after I get hired in a permanent teaching position. There's too much chance of running into a principal who's an ex-cop or soldier (or just an old fogey who still associates long hair on men with hippies, in a negative manner) to do it while I'm still trying to get full employment.

I have a goatee right now, which I'm quite fond of. Sometimes when I'm shaving I accidentally take too much off and have to scrap the whole thing, leaving me with nothing to scratch while thinking for the next week. I'm thinking about expanding it to a fuller beard, but it usually gets too itchy around the neck when I go too long without shaving. When I grow old and have gray or white hair, I'm totally going to rock a big ol' wizard beard.

It's all because of these guys. They have finally helped the masses to see the bearded light.

I love beards, but I've always found it difficult to grow one that looks good. I've noticed a number of my friends seem to have gained a fondness for beards and most girls I know like at least a bit of facial hair, with some preferring guys who have a full-blown, magnificent Alan Moore beard.

Unfortunately, the one I'm interested in is not amongst them. That's why it will never work out between us.
Click to expand...

^This
I have a beard, I wear flannel, I also work in a hardware store and as far as I'm concerned beards make me a better person. When I don't have a beard I look like a 6'3, 230 pound 12 year old; Nobody believes me when I say I worked on the oil patch in North Dakota, nobody believes me that I've worked construction for a majority of my life. 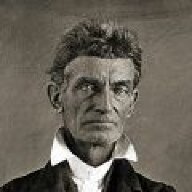 I'll give the same reason I have a full beard that I give concerned friends as to why I smoke a pack a day: it is the mark of a real man.

FireAza said:
Am I the only one who's noticed there seems to be a lot of guys my age (Twenties) who seem to be wearing a full beard? Not like a goatee or stubble or something, but a full-blown beard, like you would see a lumberjack with.

I've found to be a bit odd, since as a society, we don't seem to like full beards. Men are expected to be clean-shaven (compare a hobo to a business man for example) and woman seem to hate facial hair of any kind on a man. I find it odd that a guy would willingly choose to grow a full beard with these kinda social pressures.

My perspective might be slightly warped, since I work in a PC store, and PC guys have often been bearded. But I swear, the number of guys my age who are sporting full beards seems to have jumped in the last few years.

Is this a fashion thing maybe? Like how fashions go from fashionable to unfashionable then back to fashionable after a few years, have full beards come back into style? What do you guys think?

CAPCHA "more chocolate"
That's a great suggestion, CAPCHA, but not really relevant to the topic at hand.
Click to expand...

There is no social pressure against wearing a full beard, so long as it's trimmed. I know numerous men who wear full beards in professional settings, I feel like hollywood has a hatred for the full beard, but I've never seen evidence of it anywhere else. As for women and facial hair, that is remarkably subjective. Probably more than half of the women I know prefer facial hair of some kind on their man. So, there really isn't all that much social pressure. 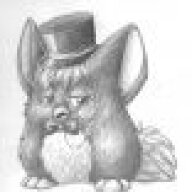 Well I'm currently bearded because it hides the loose skin I have from losing a lot of weight. And I think the general consensus is that I look better with one. Usually the only response I get when I do shave it is, "I'm not used to it."

Judge for yourself with this side by side comparison

I much prefer the way I look with a beard and I'm a little... uncomfortable about the idea of being a 28'ish year old man with a clean chin. In my mind, slimy conmen with slick hair and shiny foreheads are clean-shaven thirty year olds.


Klagnut said:
Practically they're a pain in the arse as they can itch like buggery.
Click to expand...

Besides the fact that I just like it, I have a full goatee for the same reason that you shave; to avoid irritation. My skin reacts in a bad way to shaving no matter what sort of aftercare I apply. That is to say, it breaks out like I'm 15 again and reddens like I've boiled my jaw.

I have a mustache and goatee. I don't particularly LIKE having facial hair (it doesn't come in thick enough to look decent), but if I shave it all off I start getting carded everywhere I go. So I style it as best I can and hope it doesn't make me look like a douchebag.

Candidus said:
I much prefer the way I look with a beard and I'm a little... uncomfortable about the idea of being a 28'ish year old man with a clean chin. In my mind, slimy conmen with slick hair and shiny foreheads are clean-shaven thirty year olds.


Klagnut said:
Practically they're a pain in the arse as they can itch like buggery.
Click to expand...

Besides the fact that I just like it, I have a full goatee for the same reason that you shave; to avoid irritation. My skin reacts in a bad way to shaving no matter what sort of aftercare I apply. That is to say, it breaks out like I'm 15 again and reddens like I've boiled my jaw.
Click to expand...

Same here. If I shave with a a razor blade more than twice in the same week my neckline gains the consistency of raw hamburger meat. Not fun. I use an electric razor to shave my neckline and cheeks down to stubble without touching the skin, using a mustache and goatee as social camouflage so that the excess stubble doesn't make me look less like a rakish, unshaven hipster jackass.

FireAza said:
Men are expected to be clean-shaven (compare a hobo to a business man for example) and woman seem to hate facial hair of any kind on a man.
Click to expand...

What? When the hell did this start happening? I thought this was the rule. 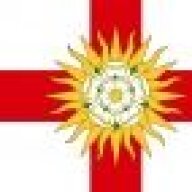 FireAza said:
and woman seem to hate facial hair of any kind on a man.
Click to expand...

Hmmm, I'm not so sure on that one. I think it varies from woman to woman - I know plenty who like a beard on a man.

Personally I let my beard (and hair) grow when I get the chance, but I have to shave it (and cut it) for work. Which is a shame, because I look a damned sight better bearded and with slightly shaggy hair. 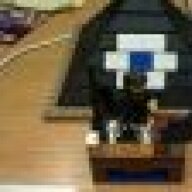 I used to have a full, but well trimmed beard. And then I started shaving it again because security guards were always following me around shops. Since I started shaving again, they don't even look twice. I'm not the biggest fan of being clean shaven (never really have been after leaving school) but for now it's a means to an end.

I've had a full beard for the past three years or so. I've shaven it this summer to make a change, but now I've let it grow again. I just shave the neck part.

Lots of people told me I looked younger when I shaved it, though. 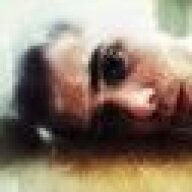 Beards are getting more and more fashionable these days so, naturally, more people are growing them. It's not just seen among the regular people either, there are a number of famous celebrities who have started to show off their facial hair

I started out with a full beard because I wanted to grow one but over time I shaved parts of it for various reasons. The mustache part had to go because it grew out a lot thinner than the rest and came between me and food at time.
The main reason I like my beard is because it makes my fat face seem longer, which is nice.

Why do wo many people have full beards? Because you initially grow them by not shaving and you can turn them into almost any other kind of facial hair you want. It just needs some tlc, the line between hobo and sophisticated manly man is a thin one