The most fun PSP games anyone have any suggestions

alceste007 said:
Jeanne d'Arc from Level-5 is one of my favorites along side with Tactics Ogre: Let Us Cling Together. Of course, if you have never played Final Fantasy Tactics: war of the Lion is good as well.
Click to expand...

the chariot tarot mechanic helps a ton sometimes (accidentally sending my units in too fast or too slow, especially if there is a character who can die that hopefully shouldn't) and the story seems interesting enough. (although it seems like there is a ton of gameplay vs the story sometimes, but who knows, I'm only up to level 13 right now so I could be wrong.)


EscapeGoat said:
The ones I've had the most fun with have been mentioned here but whatever:

First, Final Fantasy Dissidia [duodecim] - I've spent hundreds of hours on this and it is without a doubt one of the best fighters I've ever played, let alone on the PSP. It's got a wonderfully smooth combat system, lovely arenas, design and music and loads and loads of replay value.

Next, I'd say Prinny! Can I Really Be The Hero?. It's got a fantastic aesthetic, simple but insanely challenging platforming and a great sense of humour. The main drive is the difficulty - it's a great example of a tough game that's still fair and has a very tight design so you always know why you've gone wrong and ends up being down to your skill.

Finally, I'd say Persona 3: Portable. It's easily the best version of Persona 3 and is one of the best JRPGs out there. Definitely worth a play.
Click to expand...

completely agree with your Dissidia summary, I used to have a psp and just got one again recently for the dissidia games alone, they hit a niche that is PERFECT for me and I would buy a ps4 if they made a dissidia game for it that utilized both joysticks *drools at thought*

out of all the top games for psp I've looked at, I've never heard of this prinny game though to be honest, I might have to check it out, watched a video and it looks interesting.

OT: Nearly everything has been mentioned but I'd vote for dissidia 100%, if you like final fantasy characters at all and want an AMAZING fighting/action/rpg game that utilizes the psp fully.
Z

Patapon was pretty much one of the few reasons why the PSP ever interested me. In all fairness though it was pretty good at what it did. 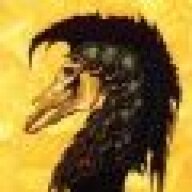 Have to also throw a vote for Persona 3 Portable. Darn good game that was.
K

Ian Howell said:
Hi all I have just recently just picked my psp back up after all these years and started playing gitaroo man lives. I found this loads of fun I am just wondering what fun not necessarily the best PSP games you guys have played?
Click to expand...

What did I do to deserve this Bad man.
The first one is good and difficult while sequels kind of feel like a bullshit difficulty with very little help to improve your skills