The Mother of Reinvention

The Mother of Reinvention 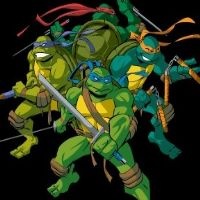 I didn't think I would live to see the day the Teenage Mutant Ninja Turtles could dare to show their faces in public again. The bankruptcy of ideas in Hollywood has finally caught pace with my childhood, and at the rate remakes are currently happening, 2008's big movies will be remakes of 300 and Grindhouse to cash in on that 2007 nostalgia.

As the revival of the Turtles has shown, a good name is everything. Had anyone tried to pitch a different $35 million movie about sewer-dwelling amphibians who fight crime they would be laughed not just out of Hollywood but most of the northern hemisphere. But with the mere addition of a name, one that most people assumed was corrupt beyond resurrection, the power of nostalgia turned a once-dead franchise into a born-again moneyspinner.

The return to the movie theatre of the Turtles, and other lapsed franchises like Transformers, Batman, and Superman, has some interesting lessons for gaming franchises. The question here is not why the Turtles are making a comeback - our generation, bankrupt of its own ideas, is easily swayed by nostalgia, even for things that weren't really that good in the first place - but if people bought into Turtles then and buy into Turtles now, why didn't they buy into them in the intervening 15 years?

The back-to-basics approach taken by the TMNT movie reflects the rule that the more bloated any series becomes, the further it gets from the things that made it good in the first place. There's a fine line to be walked between stagnation and unnecessary innovation. The Turtles strayed too far from what made them successful in the first place, just like lost gaming series like Street Fighter and Mortal Kombat, which have all lost their way, and their big-name lustre, with low-quality sequels.

Despite brands being the most valuable things they have, games companies have a track record of treating them dreadfully. Look at Tomb Raider - once the darling of the games industry and the poster-girl for gaming right across the mass media. But rushed, poor-quality sequels and brand overdose quickly turned Lara from the face of gaming into yesterday's news. Unlike the Turtles, Tomb Raider's problem was that it didn't stray enough from the original template, and now even righting the mistakes with decent games like Legend is now too late for the series to really matter much anymore.

The king of reinvention is, of course, Mario, the Madonna of the gaming industry. Though Nintendo are guilty of plumber overexposure in recent years, with his appearances in SSX and NBA Street marking a nadir for the character whose every appearance was once gold, a 'true' Mario game is still an event like five Christmases in one.

Since 1990, there have been less than a dozen true Mario platformers released. Compare that to the fortunes of Sonic. Gamers of a certain age may still remember when the release of a new Sonic game made the national press, and 'Sonic 2sday' is probably a more precious memory than birthdays or Christmas for a generation of gamers.

But Sega have never been able to make a clear distinction between 'true' Sonic games and side-entries, and Sonic's star power quickly faded. Sonic Adventure inexplicably had a character famed for never slowing down plodding through realistic cities talking to humans, not to mention the wretched cast of new characters. Recognising the need to get back to basics, Sonic Heroes, Sonic and the Secret Rings and the 360's Sonic the Hedgehog have all promised to 'reinvent' the series to one degree or another - even doing the old 'give the sequel the same name as the original' trick - but all have failed to bottle that lightning a second time.

Just as publishers run some franchises into the ground, they waste the potential of other moneyspinners. Who would imagine that Square-Enix, currently doing their very best to kill the event feeling of a Final Fantasy release with cash-ins on every platform, would not try to cash in on the enduring fame of Chrono Trigger? That Konami, who have long since dusted the respectability of the Castlevania franchise, would allow once one of the most respected sports names in gaming, International Superstar Soccer, to lapse into oblivion?

But the biggest dropped ball was surely GoldenEye, a true system-seller that sold 8 million copies, more even than Halo, but which never received a true sequel. Its spiritual successor, Perfect Dark, confused the casual gamers who were so responsible for GoldenEye's sales. GoldenEye was, for the time, gritty, realistic and starred one of the most recognisable names in entertainment. Perfect Dark had talking, floating computers, bug-eyed aliens and spaceships, and starred not just a nobody, but a clear rip-off of a more famous gaming character.

Rare's decision not to proceed with a follow-up based on Tomorrow Never Dies, and to replace GoldenEye's reality with Perfect Dark's sci-fi was probably among the worst financial decisions in gaming history. Perfect Dark sold less than half what GoldenEye did (a comparison with Halo and Halo 2 is enlightening), and now Perfect Dark itself is a tainted brand. Ten years, three games, and what was once a licence to print money is now worth no more than any of the other dozen sci-fi shooters released every year - all because the developers lost track of what made it a success in the first place.

Why did the Turtles lose their popularity? Simple: In the chaos of toys, cartoons, comics, movies, and Vanilla bloody Ice, the series lost what made it special. Quality control was poor, long-term appeal was sacrificed in favour of short-term profit, and the ratio of quality to crap became unbalanced. And while others continued trying to milk it for a few more bucks, it faded from the popular consciousness.

People can't feel nostalgic about something that is always around. Give your franchise a nice 10 year rest, spend the last two of those years developing a new game that does little more than follow the very basics of your franchise with the best technology available, spring it on the public with a nostalgic ad campaign and, as if by magic, people will have forgotten that your series has been bad for far longer than it was good.

For many of us, videogame brands own a large part of our childhood - and we'll pay to get that part back. Now that's Turtle Power.

Speaking of Tomb Raider making a bit of a late comeback with Legend, next on the menu is Anniversary - the first game with Legend's new tricks. Seems like they're pretty determined to drive the franchise back into the ground already. Same goes for another Perfect Dark prequel apparently in the works.

Don't these people realise that if they really want to cash in on nostalgia fast, they need to release bedsheets with their characters on? Why the heck can't I find a Master Chief duvet with Arbiter pillows? Until they release that, I'm sticking to my Thundercats theme.
Show hidden low quality content
You must log in or register to reply here.
Share:
Facebook Twitter Reddit Pinterest Tumblr WhatsApp Email Link
Top Bottom