The first two paid DLC packs for Resident Evil 7 were announced shortly after the game's release last month, but both were exclusive to the PlayStation 4 until earlier this week, when both packs became available for Xbox One and PC players [http://www.escapistmagazine.com/news/view/169593-RE7-First-DLC-OUt-Now-on-Xbox-One-PC#&gid=gallery_6954&pid=1]. Today, Capcom announced a new DLC, "Not a Hero," that is set to star franchise veteran Chris Redfield when it releases this Spring. This time the DLC will be free.

"Chris Redfield returns in the free "Not A Hero" DLC for #RE7 this Spring. Who or what is he chasing? Find out soon in this separate story."

If you finished Resident Evil 7, you'll know that Chris Redfield appeared at the end, although he identified himself simply as "Redfield" so there were fans who doubted it was actually Chris. There's also the fact that he's now associated with Umbrella somehow, which will hopefully be addressed in the DLC.

Ooooooof course it does. Sigh. I think Yahtzee was right- Capcom seems intent on breaking everything RE7 fixed about the series.

At least it's free DLC.
L

I doubt they are gonna make him do something as ridiculous as Punch Boulders again.

And lets not forget even in RE 5 of all games they had this:

I'm probably never playing RE7. I thought the baggage from the previous games was already enough of a reason to end the series, but dropping third-person view was the final deal-breaker for me.
Click to expand...

Now I am wondering how the Resident Evil 2 remake is gonna end up as...

And we have not heard from that since 2015 I think?

So the series is ruined because a character is (possibly) returning?

still have to finish off the main game. got it last week and my busy work scheduled prevents me from properly progressing. but, im enjoying it so far so hearing that this dlc will be free sounds good in my book. that way i cannot complain if it sucks or not.
M

Hawki said:
So the series is ruined because a character is (possibly) returning?

Not really. It's what the return means. The good things about RE7 was that it seemed to be dropping the baggage of the last games in favour of a fresh start of sorts. BVuuuut now we have Fuck Boulders Redfield in the mix again so... yeahyou know the rest are gonna be showing up soon. and thusly begins the cnvuluted plot shenanigans again. 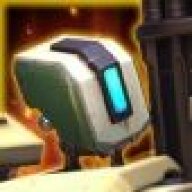 Ugh. Unless they are gonna do an ironic twist where the boulders punch Redfield, not interested. Hopefully they take the hint in their story-writing that people prefer a dedicated horror game rather than a military shooter game with occasionally slightly creepy zombies without much substance, but it doesn't seem likely.

Hawki said:
So the series is ruined because a character is (possibly) returning?

Not really. It's what the return means. The good things about RE7 was that it seemed to be dropping the baggage of the last games in favour of a fresh start of sorts. BVuuuut now we have Fuck Boulders Redfield in the mix again so... yeahyou know the rest are gonna be showing up soon. and thusly begins the cnvuluted plot shenanigans again.
Click to expand...

I know that's what people are saying, I'm just mocking the prospect. As in:

-There hasn't been any gameplay shown, so there's nothing to suggest that it will be action based, and even if it is, it's still DLC.

-There's plenty of hints that it isn't the actual Chris Redfield, and even if it is, people seem to take umbrage to him being there at all.

-I keep seeing people claiming that Resident Evil lore has become convoluted. I stopped playing after RE5 admittedly, but while I've seen plenty of things I'd call silly (e.g. the concept of Neo-Umbrella), I've never found RE lore that hard to follow. And again, if it is the actual Chris Redfield (which as I've mentioned, is dubious), it seems like a big leap to assume that everything up to this point will follow.


Caramel Frappe said:
I'm happy that it's free DLC, but if it derails what RE7 was built up to with no connections to the previous games, well ... it just throws it's new world foundation out the window.
Click to expand...

Isn't that false though? From what I've read, RE7 does have links to the series, such as mentions of Umbrella and whatnot.
L

There are literally no spoilers. What are you talking about? All the title and the first half of the article say is that the DLC stars Chris Redfield. Capcom announced with that description. No one said anything about Chris being in the main game or not, until, well, the spoiler part in the article.

For someone who hasn't played the game, saying the DLC stars Chris literally means nothing.
Click to expand...

One big question was "does this tie back into the batshit crazy resident evil universe because it looks like they are going tabula rasa with less insanity" and the game deliberately holds off addressing this right to the end of the game. Hell it doesn't even say it's CHRIS redfield, it just says "I'm redfield".

It's like pokemon printing the main legendary on the cover of the box because god forbid you discover it in the game and could have something resembling a surprise.
Thanks for that.

RE7 is obviously part of the 'official' continuity but in many ways it felt more like a soft reboot. But most likely Capcom didn't want that so we still have Chris Redfield and Umbrella in some extremely minimal capacity that neither add nor subtract anything from the game. RE7 is a phenomenal game so I really don't understand anyone passing it up over such trivial reasons.

I don't consider the Chris redfield thing a spoiler of the story anyhow. Not in the traditional sense. More like in the Capcom shoehorning in their old bollocks at a last minute to please nostalgic fanboys. Absolutely not part of the interesting story at all. Nobody likes you, Chris. Go home. No, not their home! You dumb twat!
E

Why is it every time Resident Evil proves to be successful by getting away from its decades of convoluted story, it keeps trying to drag it back in?

Spoiler Chris appears at the end of the game. I'd put it in the box but the number of people who are so bothered but did not even play the game clearly, well, you need to be spoiled apparently.

Dr. McD said:
I wouldn't say it's no connections to the previous games in the literal sense, but rather a "soft" reboot. Umbrella's there (despite the fact the company folded in RE4 because their piss-poor secret keeping finally blew up on them)
Click to expand...

Actually, they folded one year prior to RE4, and the only reason they did was that Wesker submitted the data he'd retrieved to the prosecutors. Up to that point, Umbrella had the US at legal deadlock.


erttheking said:
Why is it every time Resident Evil proves to be successful by getting away from its decades of convoluted story, it keeps trying to drag it back in?
Click to expand...

Maybe I'm out of the loop a bit since I haven't played Resident Evil since RE5, but as I've said elsewhere, I keep seeing people claiming that Resident Evil has a convoluted continuity, and at least in my time of playing the games, I've never encountered that. Resident Evil 4 was arguably a soft reboot, but I've never heard anyone attribute its distancing itself from the story up to that point as a plus, and back when it was released, I did see grumblings in the fanbase as to how segregated it felt plot-wise. Indeed, if you played the games in order to that point, RE4 has a severe disconnect with the games in that Umbrella collapsed in-between games, and it wasn't until Umbrella Chronicles that the hole was filled. Likewise, I've seen people give RE6 a lot of flak, but mostly for its gameplay, not plot. While RE4 comes at #1 in the series for me (almost entirely because of its gameplay), and RE5 comes in at #5 (yes, that is coincidence), RE5 was still welcome to me in that it actually felt like a continuation (and at the time, conclusion) of the overall plot.
Show hidden low quality content
You must log in or register to reply here.
Share:
Facebook Twitter Reddit Pinterest Tumblr WhatsApp Email Link
Top Bottom