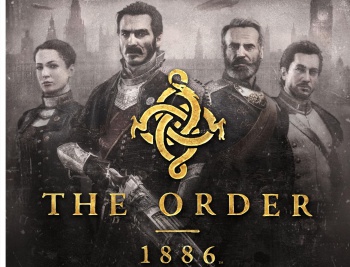 The teaser trailer for The Order: 1886 promised a lot that the gameplay demo could not deliver on.

At this year's Tokyo Game Show, I was eager to get my hands on The Order: 1886, especially after hearing Greg and Sarah [http://www.escapistmagazine.com/articles/view/video-games/conferences/e32014/11505-The-Order-1886-Hands-On-Worth-the-Delay-Update]'s impressions of it from E3. I'm a big steampunk fan, and a big Sherlock Holmes fan, so when I saw how The Order promised to bring steampunk tech into Sherlock's world, I was excited.

Indeed, when they sat us down to watch the pre-demo Tokyo Game Show 2014 trailer, that's certainly what it looked like. We saw Galahad, the game's main character, beating down thugs and werewolves with a wide variety of fantastical steampunk weapons, his fists, and even a bad-ass medieval sword, in a range of different, varied locales. The game seemed to channel the likes of not just Sherlock, but BioShock,Wolfenstein and more. It made me super pumped for the game, and then I played the demo.

First up, the demo I played at Tokyo Game Show seems to remain completely unchanged from the one Greg and Sarah played over three months ago. This straight away set off a couple of warning bells, as not having any new content to show for a game that is already suffering delays [http://www.escapistmagazine.com/news/view/134784-The-Order-1886-for-PS4-Delayed-to-2015] is not a good sign. Of course, I could have been swayed if the demo grabbed me and didn't let go, but it seemed to fall completely flat at almost every turn.

While the thermite rifle is a really cool and interesting weapon, with it's two-part operation (first, you have to spread metal particles around your foe, and then "ignite" them with a thermite blast), it's the only weapon I really got to play with. The secondary weapon was simply a pistol, and some of the coolest weapons from the trailer (like the lightning gun) barley featured at all.

I could have forgiven this if the demo showed me something new and something different, if I actually got to fight the mysterious werewolf creatures and get to peak into the titular Order's mystical world. But alas, all I got to do was shoot 1800's British thugs from cover.

While the guns handled well, moving between cover was quite frustrating. Unlike Gears of War, where hopping over a wall and running up to the next one felt fluid and natural, in The Order it's very clunky, and more often than not, unnecessary. I found that when entering a new area full of baddies, I could pretty much just stay in the same spot the whole time and wait for them to lumber into range. In fact, whenever I tried to move to a better vantage point, I would quickly get gunned down before I could get Galahad to "stick" to new cover. The game seemed to actively punish you for moving about.

The demo level, built of gray streets and... slightly darker gray buildings, was shrouded in that trademark "Jack the Ripper" London fog, and did manage to look pretty nice on the PS4 engine. The character models were spot on and detailed, and the weapons, as I said, looked really cool. I did however notice the 30 FPS limit start to show in some of the more graphically intensive sections.

So in the end, The Order 1886 impressed me with its trailer, then let me down with its demo. I do feel like the demo is not a great representation of what the final game can be, but that only begs the question of why the devs didn't bother to change it between E3 and now... Hopefully, they can get it up to scratch before its release.

Breaking News from the future: An interactive movie is a bad game!

Who would have thought?!

People were so hyped for this game and how it would be " THE crysis for consoles" I knew it would fail horribly from the get go. Cinematic parity is not impressive enough to justify a purchase, especially since games have had that parity for a while at least on PC.

Especially since we use in-engine cutscenes now that completely destroy any need for pre rendered cutscenes. parity is already there. Games already did what the order was going to do.

When they started saying "oh we are going to cinematic blur and low fps" I knew something was up after they said the PS4 was an unstoppable beast.

When they said everything will be a seamless cutscene, I knew it was a red flag.

When they did tiny corridor demos, I knew something was wrong.

When a developer does a pre-emptive specific denial or justification before you even announce it, its a huge red flag. Bigger than a woman who asks for marriage on the first date.

Was anyone surprised? The developer attitude and restrictive demos have been red flags since after the first trailer. This is just more red flags on red flag mountain.

I haven't exactly been following this game rigorously, though I've read up on articles here and other websites. Were some people really making comparisons to Crysis and saying super-optimistic things about the title? I thought just about everyone knew it was trying to act more like a movie than a proper video game. The kicker for me was the rote trailer they showed at E3. I figured they decided there wasn't anything too impressive to show beyond a cinematic, so that would probably be a good indicator for the game itself.

This game has not looked good from the beginning. Articles spend way too much time on the characters, environments, and "cool" weapons while not mentioning much about gameplay. And I have never read anything about gameplay that makes it sound like anything other than a cover based shooter.

It's my opinion this particular has failed to impress at every turn. Also... could you imagine playing a game at an intentional 24 FPS.... ugh.
A

At one time I thought this game showed a lot of promise - talk about a cool concept...Knights of King Arthur in a Victorian Steam Punk London.

But the more info that was shared, the less interesting it became. Tight corridors? Main bad guys are werewolves? It's a cover based shooter?

I haven't exactly been following this game rigorously, though I've read up on articles here and other websites. Were some people really making comparisons to Crysis and saying super-optimistic things about the title? I thought just about everyone knew it was trying to act more like a movie than a proper video game. The kicker for me was the rote trailer they showed at E3. I figured they decided there wasn't anything too impressive to show beyond a cinematic, so that would probably be a good indicator for the game itself.
Click to expand...

Look at the news on N4G. its all the same.

"this will beat any PC game ever and kill PC gaming."

"this will make the ps4 the end all be all of consoles. Even Nintendo will wither and die from this game."

"this will be the biggest news story in gaming in the entire year."

It goes on and on. They even went into news stories about other games and other news and talk about how the news of the order overshadows every other news.

One of the stories that got brigaded was a story about the rise of indies and how steam greenlight could change the game.

The hype was through the roof.
E

the game was bad at pax and I don't expect it to get any better as they stated it was a polished demo. In fact I expect the actual game to be much worse.
Show hidden low quality content
You must log in or register to reply here.
Share:
Facebook Twitter Reddit Pinterest Tumblr WhatsApp Email Link
Top Bottom