​
Smartphone technology just got a lot cooler (and thinner).

Paper-thin computers have been popular items in movies and literature for quite some time, but it seems as though they're finally becoming a reality. A group out of Ontario is getting ready to show off a prototype machine that is not only super-thin, but will supposedly work like "a small sheet of interactive paper."

The prototype -seen here in this video- is currently being used with smartphone technology. Unsurprisingly, it's called the "paperphone." It can do everything that a smartphone does (play music, store books, and make phone calls) except play videos ... though that will undoubtedly change in the future. The way the technology works is that it's on a "9.5 cm diagonal thin film flexible e ink display."

Basically, the flexible display allows it to form the shape of the pocket it's stored in. The device's creator, Roel Vertegaal, believes that the paperphone is going to revolutionize how offices work: "the paperless office is here. everything can be stored digitally and you can place these computers on top of each other just like a stack of paper, or throw them around the desk."

Admittedly, this technology is pretty slick. However, claiming that it's going to usher in the era of the paperless office seems a little presumptuous at this point. Last time I checked, flinging paper airplanes at coworkers was too much fun to stop doing.

Heard about this from the BBC last week. I can see it ending up in your trouser pocket, ruined in a Washing Machine within a week of purchase.

vansau said:
However, claiming that it's going to usher in the era of the paperless office seems a little presumptuous at this point. Last time I checked, flinging paper airplanes at coworkers was too much fun to stop doing.
Click to expand...

Not to mention that replacing paper with things you're going to stack and otherwise treat just like paper means it's not really a paperless office. It's just an office using a paper substitute.

looks interesting but the bend gestures look like they could get annoying after a while.

Wait, you have to bend it to make it work? uh... no thanks, that seems really slow.
This seems like 100 steps backwards for the novelty of a really thin and flexible phone.
Edit: Though I could see getting called out on it, obviously it's a prototype and nowhere close the the market.

Ever since the phrase paperless office has been used the amount of paper being used has increased!

Looks interesting, but it's not really paper thin. It's just got all the technical gubbins to one side, with a flexible display sticking out the side.
K

This definitely seems like one of those "because we could" type of situations. I don't think we'll ever see "bend gestures" as a main selling point but hell, who knows how the stupid masses will want to interact with their future paper phones.

I'm just glad to see that the flexible paper thin type of circuitry and display it still making progress. 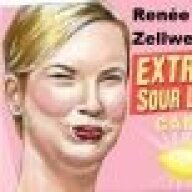 *Gust of wind*
..Well, there goes my phone, again.

Well, I don't know about bending as a form of input (seems like touchscreens are more intuitive) but flexible screens are still a good idea. Maybe in a few years.

Nice to see that thing running android though.

It's neat, but the flexing might get annoying. It seemed to lack the flow of the usual Iphones, in my opinion.

But the technology for such thin stuff is quite cool.

I could see the technology having some use, but I doubt the bend gestures are going to go really become a primary mode of input, as just watching the video made it look like a pain in the ass to use.

Also the thing better be able to survive a trip through the washer and dryer.

The next step is holograms, for real this time.

It's nice to think that I'd have to really work at it to break my screen, but the bend gesture don't seem to be that great an idea. Touch screen annoys me, so this would probably drive me up the wall. Still pretty cool though.

Wow, really? Bending paper as an input?
Nooooo thank you.

The projected keyboard shown above though? Hell yes.