The Sly Cooper Trilogy - A review by Proverbial Jon

Listen up, gang
The Sly games follow Sly Cooper, an anthropomorphic racoon who comes from a long lineage of successful thieves. He is joined by his faithful partners in crime, Bentley the turtle and Murray the hippopotamus, who each have their own specialisation in the field of thievery. Never far behind them of course is Inspector Carmelita Fox, Sly's reluctant and feisty Latino love interest who has made it her life's work to bring the Cooper gang to justice.

Blending stealth with platform mechanics may not seem like an obvious choice, indeed on further speculation such a conjoining might actually prove disastrous. Yet, somehow it works. But an idea alone is not enough, for execution is the key and <url=http://en.wikipedia.org/wiki/Sucker_Punch_Productions>Suckerpunch's execution of this curious formula is right on the money. In Sly Cooper they have created a game equal parts manipulative genius and addictive fun.

Sly controls like a dream. His movements are smooth and precise, leaving no room for the sort of frustration that is so often induced by clunky control schemes. Sly has an impressive repertoire of moves, both platform and combat based, allowing the player to be as hard hitting during combat as they are nimble and lithe when on the prowl. This is the true genius of Sly Cooper; from the moment you first control the devious racoon right up to the very final seconds of the climatic end battle of Sly 3, you will never be in any doubt that he is worthy of the title master thief.

Although most of my review relates to the series as a whole, the specifics of gameplay and overall structure can only be explored individually:


Sly Cooper and the Thievius Racoonus
Members of the notorious Fiendish Five have stolen pages from the Thievius Racoonus, A book containing all of Sly's ancestor's most famous thief moves. With the assistance of his friends, Sly must track down each of the villains and steal back his family's property.

Sly 1 is the simplest of the three games, a trait which by no means diminishes its greatness. Each of the five stages sees Sly start in a hub area where he must complete several straightforward platforming levels in order to retrieve treasure keys that can unlock his next objective. Each of the main stages ends with a boss battle and a page of the Thievius Racoonus which will grant Sly a major new move which is vital for continuing to the next stage.

Sly 1 features a one hit life system, take even one hit and you will lose a life and be transported back to a checkpoint. Lose all your lives and you will be forced to restart the level. Luckily the checkpoints are both generous and very well placed. Special coins can be collected throughout the level, when they number a hundred they award Sly with a lucky charm, a special powerup that allows him to take a free hit without the loss of a life. There are also a specified amount of clues in bottles scattered across each level, collecting them all will allow Bentley to decipher the code to a locked safe within the level that awards Sly with a new move when opened. Some levels mix the formula up by throwing in the odd car race or time based shooting minigame.

The boss battles are frantic and quite challenging due to the one hit death system, which means that each boss must be studied carefully. Without Sly's amazingly accurate control scheme, these battles could reach hair-pulling levels of frustration. Luckily, they never do. But hey, how many games can you have a voodoo dance-off with an alligator necromancer?


Sly 2: Band of Thieves
The true antagonist of the previous game has been defeated but his broken parts have been recovered and used by members of the villainous Claww gang in their various nefarious schemes. Sly must retrieve each of the dangerous parts in order to stop the evil power from being misused.

[Img_Inline width="400" height="250" Caption="The games manage to sidestep the immorality of Sly's nature as a thief by giving his tasks a noble purpose, ensuring that his integrity as a protagonist remains intact." Align="left"]http://blog.shaneliesegang.com/wp-content/uploads/2010/11/sly_world.jpg[/Img_Inline]

Sly 2 makes the biggest leap in terms of changes to gameplay structure and is all the better for doing so. The one hit death system is gone, replaced now with a health bar and a powerup bar, giving limited uses of special powerups. The hub areas remain intact but this time they are much larger and actively promote exploration. Along with Sly, Bentley and Murray are also playable characters with their own unique abilities. Bentley wields a crossbow loaded with tranquiliser darts along with a pocket full of bombs while Murray makes big use of his immeasurable size and strength. Each stage features a particular item that must be stolen and a series of problems that must be solved in order to reach it. Bentley concocts a devilish plan for each stage and it's up to the whole team to carry out individual jobs to prepare the stage for the ultimate, multi-part heist that heralds the final boss battle.

The clue bottles make a return and work much the same as they did in Sly 1; however they are restricted to the hub areas only. Coins are also present and this time they are used to purchase powerups for all three members of the Cooper Gang from ThiefNet, a menu accessible via Bentley's laptop in the gang's hideout in each hub area. Sly 2 also introduces the pickpocket mechanic, enabling Sly to creep up behind enemy guards and use his signature cane to extract coins and other precious items from their owner's back pockets. It's an incredibly simple but effective idea that offers a brilliant risk/reward system and further cements the stealth element within the platforming gameplay.

The characters, locations and boss battles in Sly 2 are some of the best in the series. Along with an intriguing storyline that serves to mix up the established gameplay formula, I am willing to place my stamp of ultimate approval on this game.


Sly 3: Honour among Thieves
Sly has discovered the location of the famed Cooper Vault, a massive underground structure that contains his family's accumulated wealth. Unfortunately the entire island is protected by a mad scientist and it will take more than the Cooper Gang to breach his defences. Sly and the team set out to gather a variety of thieves, scoundrels and misfits to supplement their team and pull off the biggest heist of their careers.

Sly 3 maintains the same structure established by the previous game but makes a few key changes that are worth mentioning. Instead of going to a location with the intent of stealing something, Sly and the gang now go in order to win over a specific target and attempt to ally them to their cause. This means that each level can have very different goals, from winning a deadly aerial dogfight with insurmountable odds to rescuing a potential ally's daughter from forced marriage to an evil warlord.

Once a new member of the team has been recruited, their specific talent can be used during gameplay within other levels. Although this brings more variety to the gameplay it also means that the player must quickly adapt to new control schemes, character moves and ever convoluted justifications for their actions. Sly 3 was the first of the trilogy that caused me frustration during certain levels, simply due to the sheer amount that I was required to learn. Whereas the previous games featured some truly inspired boss battles, Sly 3 doesn't always deliver, sometimes leaving the player to resort to the time-honoured tradition of just spamming buttons quicker than the boss can attack until they're down for good. The hub areas remain but sadly the clue bottles do not, removing any need to explore the brilliantly crafted hub areas. The only way to learn new moves is to collect coins and buy powerups from ThiefNet as in Sly 2 and pickpocketing is rendered vital in order to raise enough funds.

Sly 3 redeems itself about three quarters of the way through by throwing in a completely out of place pirate simulator. After commandeering a pirate ship, Sly and the gang are free to explore a huge open-world area of sea, looking for treasure and picking fights with other pirate ships. The combat is fast paced, incredibly fun and really quite difficult until you have mastered the basics. Sometimes you can find yourself in a battle with four pirate ships and still manage to win. After defeating a ship you can either sink it outright or jump aboard and defeat the pirate captain for loot. Each naval assault is then rated and you receive coins depending on how well you performed. The pirate stage can be played for as long as you wish and there's no limit to the amount of gold you can acquire, it truly is the most brilliant aspect of this game, a true hidden gem.

I'll find you, Cooper!
The Sly trilogy's other standout feature, besides the gameplay, is arguably its presentation, especially the unique visual style. The highly stylised, cell shaded design is both extremely charming and strangely fitting. Real world locations such as Paris, Venice and Prague are rendered unmistakable whilst still retaining that highly exaggerated, cartoon-like attraction. The thoughtful designs and animalistic nature of each character ensures that, while you will undoubtedly have your favourites, no single character will ever be forgotten. Throw in some truly brilliant voice acting and more than a handful of honestly laugh-out-loud scenes and the world of Sly Cooper comes alive. All of this along with a glossy coat of HD paint lovingly spread over the top and you'll soon forget that you're playing a series of games stretching to ten years of age.


We make a pretty good team
The Sly Cooper games are smarter than your average platformer. They provide a stylish and intelligent thrill ride along with well-balanced gameplay that means the experience is always challenging but rarely frustrating. Buy this collection and give it a try, you owe yourself this much. If nothing else, you should buy it just for that one pirate level! 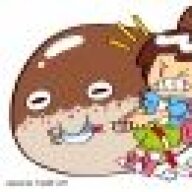 Man, I loved these games on the Collection. They were fantastic. Looking back, I kinda regret selling it.

Ah well, at least the fourth one is coming out later.

I loved this game. Easy ass platinum trophies, too. 3 was admittedly kind of lame (I still finished it), but Sly 2 was absolute heaven.

Reyold said:
Man, I loved these games on the Collection. They were fantastic. Looking back, I kinda regret selling it.

Ah well, at least the fourth one is coming out later.
Click to expand...

That's part of the reason I finally bought these games. I saw the gameplay trailer for Thieves in Time, it looked awesome and I wanted to know more.


zelda2fanboy said:
I loved this game. Easy ass platinum trophies, too. 3 was admittedly kind of lame (I still finished it), but Sly 2 was absolute heaven.
Click to expand...

Yeah, I've never got platinum trophies with so much ease before!