The worst documentary you have ever seen

For whatever reason you can think of. Were the facts wrong? Was it just useless speculation? Was it just annoying to watch for some reason?

There's the obvious ALIENS DID EVERYTHING! from the History Channel that is the subject of a lot of mockery.

For me, it's surprisingly NOT the Titanic conspiracy documentaries, but one of the more informative ones. Titanic at 100: Mystery Solved

watch?v=Sqv-ZlPYlp0
Apart from the annoying and presumptuous title, I cannot stand the narration and editing. It's also embarrassing to see people I respect taking part in this kind of sensationalist stuff.

Funny you should mention this.

Someone Depressing said:
Aside from that, every single Titanic documentary
Click to expand...

I had forgotten about Expelled, actually. Saw bits and pieces of it and it just made me turn it off.

I hereby predict that all of these documentaries will be mentioned: What the Bleep Do We Know; The Secret; Zeitgeist; and, of course, Loose Change.

Queen Michael said:
I hereby predict that all of these documentaries will be mentioned: What the Bleep Do We Know; The Secret; Zeitgeist; and, of course, Loose Change.
Click to expand...

God dame it you beat me to it.

Usually, anything that tries to get a message across via song.

Everything and anything produced by Michael Moore is the worst documentary I've ever seen.

There's simply too many bad documentaries to list. Netflix is choke full of ones with bad production value and terrible editing that leaves you wondering what in the hell you were supposed to learn, while the internet is bursting with documentaries made by, quite frankly, mad men who need professional help.

But I'll have to agree with KyuubiNoKitsune-Hime here.


KyuubiNoKitsune-Hime said:
Everything and anything produced by Michael Moore is the worst documentary I've ever seen.
Click to expand...

I'll provide a reason though - People trust Micheal Moore, and he abuses that trust shamelessly. Whether I agree with the point he's trying to make or not (Sometimes I do, sometimes I don't), his documentaries are biased to the absolute extreme, his behavior in them is frequently monstrous, he presents facts grossly out of context (Something not uncommon in documentories, but again, people trust him), and sometimes just outright lies.

If so then this fan documentry on the whole abridged mainly Yugioh/ Little Kuriboh. The people narrating it were so monotone and you can literally tell their were reading it right off from the script!
L

PainInTheAssInternet said:
There's the obvious ALIENS DID EVERYTHING! from the History Channel that is the subject of a lot of mockery.
Click to expand...

Oh god I always assumed that image was some kind of photoshop but, curious, I googled it just now.

That was actually a THING? X-D 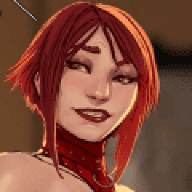 I'm also going to jump on the hating Michael Moore bandwagon for many of the same reasons that AccursedTheory just mentioned. People trust him, which makes his documentaries far more dangerous than the ones that are just some lunatic nobody's ever heard of waxing poetic on their soapbox of choice.

Supersize Me also gets a dishonorable mention for this same reason. It was a heavily biased work based off a bad premise and has been proven to have been poorly done multiple times, and people still bring it up as if it was the Word of God.

Have to agree about SuperSize Men.

That 'documentary', which lead to changes in how some companies operate, faked its results. A group of students and a doctor tried to reproduce the results, and found that they where not anywhere near those of the movie. It was fake.

Room 237, which compiles just about every stupid conspiracy theory surrounding the making of The Shining.

I can't find its name, but a several hour long documentary with a shoe-string budget sold straight to DVD (probably illegally) that advocated the literal consumption of Bible pages. I hoped that it was parody.

Aside from that, every single Titanic documentary and everything by creationists (agreeing with the post above).

Queen Michael said:
What the Bleep Do We Know
Click to expand...

Can it even be considered one? If I remember correctly it goes so aburdly weird halfway through that it can't ben taken seriously.

I completely forgot about Expelled.

I change my answer - Micheal Moore is the runner up. Expelled was a truly disgusting documentary, from its poor execution, to the flat out mistruths in spreads, to the lies it told everyone they interviewed to get them to show up for interviews, to actually ejecting people it interviewed from the day one screening, lest they raise a fuse.

The infamous (but still believed) SusperSize Me which faked results. It's given rise too annoying camps, the people who believe it and overact to everything and the people who know its fake and now think everything about McDonalds or any fast food is exaggerated. There is White Wilderness just because it is responsible for the annoying "lemmings commit suicide" myth.

The one about aliens creating us as a worker race one of course although it was at least amusing. I also saw one on ghosts which I can't recall the name of but it was mostly people making up bullshit stories from nothing. A lot of people don't seem to realize that with houses, especially old wooden ones, creaking is NORMAL.

In a general most the ones on some old mystery or string of murders that was never solved are bad, especially if it's to put forward a particular theory because they are always full of shit. A lot of the ancient civilizations documentary tend to annoy me when they make a big deal out of everything or are just not accurate and credit them for things they didn't do which is common enough. Yes they understood levers! I would be far more surprised if they did not.

Queen Michael said:
I hereby predict that all of these documentaries will be mentioned: What the Bleep Do We Know; The Secret; Zeitgeist; and, of course, Loose Change.
Click to expand...

You missed quite possibly one of the most annoyingly egregious and moronic documentaries ever produced.

The entire premise of the documentary can be summed up as "Science leads to Atheism leads to Nazism leads to the Holocaust."

The film makes a mockery of rational thought, and reaches "lizard people" levels of conspiratorial theorizing.

I will give it this, though: It proves, definitively and beyond all doubt, that Ben Stein is an ignorant jackass.

KyuubiNoKitsune-Hime said:
Everything and anything produced by Michael Moore is the worst documentary I've ever seen.
Click to expand...


The worst Documentary that I have seen wasn't that bad, it revolved around the idea that Neutron Star was about to collide with Earth and how we dealt with it. The only reason I didn't end up liking it as much as I could have is because the giant Star-Ship/Ark we they build at the end is really stupid. Literally everyone who lives there gets their own front and backyard with a standard American white picket fence house. That's a lot of room that could have been used to save people from the star of death coming at them. 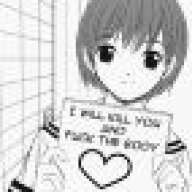 I remember seeing a documentary about the Cirque du Soleil a while ago, the only thing i remember are that it was about Croatia, they painted their actors black for the roles instead of hiring black actors, and that it was pretty fucking boring
K