There May Never be a Witcher 4

There May Never be a Witcher 4

//cdn.themis-media.com/media/global/images/library/deriv/941/941330.jpg
CD Projekt Red says "never say never," but is planning for Blood and Wine to be the last time they visit Geralt's world.

Eurogamer [http://www.escapistmagazine.com/news/view/167379-The-Witcher-3-Blood-And-Wine-Launches-This-Month], CD Projekt co-founder Marcin Iwinski said that the company has absolutely no plans for re-visiting The Witcher any time in the foreseeable future.

"As we said before, never say never [but] right now it's really Blood and Wine. This is the end. Blood and Wine is [the] closing and there won't be any Witcher any time soon - if there ever will be one. And I would really like to see how people feel about it, if they will enjoy it," said Iwinski.

"We don't have anything planned as of now to be honest on the next Witcher."

So what's next for the studio? Those who have been following closely will know that CDPR's next big title will be Cyberpunk 2077 [http://www.escapistmagazine.com/tag/view/cyberpunk%202077?os=%20cyberpunk%202077] - a new IP for the studio that will take the form of a science-fiction roleplaying game. It will be released sometime after 2017.

Down the line, the studio plans to release a second AAA RPG at some point in the next six years. Further than that is anyone's guess, but it looks like The Witcher 4 will be stored in the same "break glass in case of dire emergency" vault that Half-Life 3 and the Pokemon MMO are in.

If you've still got a hankering for Geralt after Blood and Wine is done and dusted, might I suggest reading the books? [http://www.amazon.com/Last-Wish-Introducing-Witcher/dp/0316029181] They are actually really good.

im hoping for a magic/steampunk RPG

Fair enough, you can't keep spinning the story out forever, that ends with you getting Lost.

They've done nothing but The Witcher for over a decade now, if they apply the same level of care and attention to story/gameplay that The Witcher 2-3 had I expect Cyberpunk will be awesome.
F

Ah! But Cyberpunk is not an original IP, as it is an adaptation of the Cyberpunk roleplaying game, best known for its second edition Cyberpunk 2020! 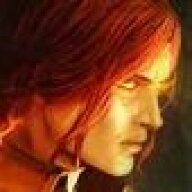 I'm okay with that. They're great developers so I have no doubt they'll succeed in creating new franchises without the need to continue a story they think is best over. In today's entertainment, there's plenty of examples of franchises/series that ended much later than they should have, until they lost their popularity.

Long as the DLC gives a satisfying end, even if it has him walking off into the sunset. A lack of decent closure is an unpleasant feeling.

They've been doing the same game series for about a decade now? When it's put like that I can't blame them for wanting to try new things.

Maybe this time they won't pull something off like they did with AMD through Game Works.

But what will I use as a benchmarking tool that also happens to be a fantastic game in 7 years? I guess whatever their latest title is given that it'll probably be at least almost as good.
R

So instead of milking the crap out of a very popular franchise they are moving on to a different and riskier IP.

I have nothing but respect for CD Projekt Red, they've earned my support for a long time.

Saelune said:
Long as the DLC gives a satisfying end, even if it has him walking off into the sunset. A lack of decent closure is an unpleasant feeling.
Click to expand...

Kind of like blue balls. Except worse because I can make my own ending with blue balls.


Revolutionary said:
But what will I use as a benchmarking tool that also happens to be a fantastic game in 7 years? I guess whatever their latest title is given that it'll probably be at least almost as good.
Click to expand...

So what's next for the studio? Those who have been following closely will know that CDPR's next big title will be Cyberpunk 2077 - a completely original IP form the studio that will take the form of a science-fiction roleplaying game. It will be released sometime after 2017.
Click to expand...

Point of order, it isn't an original IP, Cyberpunk 2077 is based on the tabletop RPG Cyberpunk 2020.

This isn't news... they literally said the Witcher 3 was going to be their last Witcher game before it even came out.

After reading the comments: They said that they want to do an original IP after Cyberpunk 2077, but they haven't thought that far ahead since they throw all of their resources into the game they are currently working on. They aren't a studio that mass produces products, they release quality products and as such, aren't just trying to make game after game after game.

Saelune said:
Long as the DLC gives a satisfying end, even if it has him walking off into the sunset. A lack of decent closure is an unpleasant feeling.
Click to expand...

Kinda like Bruce Banner walking down the road at the end of episodes in that old Incredible Hulk series y'know?

My god, a game company that has a popular franchise that *gasp* intends to explore new IP instead of milking their existing ones with endless sequels? What has the game industry come to? In all seriousness though, this is why I always have had respect for CD project Red, even if the Witcher games aren't really my thing, they have always had my respect and I'm very interested in what they do next

Good. The series had a satisfying end, no need to continue it. Move onto different pastures.

Good. Sometimes, stories need to have an ending and not every franchise has a Final Fantasy-like "new game, new world, old name" cop out.
S

"There may never be a Witcher 4"

Um, why would anyone EXPECT there to be? Witcher 3's story closes the book about as conclusively as you can in a non-linear story. Shit, it's entirely possible for Geralt to officially retire at the end of that game.

Sure, maybe at some point it would be interesting to revisit the Witcher universe, but the character and his story don't need to be a part of that.

I thought we were all clear that the guys over at CD Projekt Red are cut from a different cloth then all these other hacks running their franchises into the ground with sequel after pointless sequel.

In the modern age of expansive cinematic universes and long running TV epics, it sometimes feels like it's been a long time since a large scale story actually ENDED, but let us not forget that, in spite of what Hollywood would have you believe, endings are a natural part of a story's life; when it's time comes, a good story knows how to die with pride.