There's a grocery store in my hometown that used to be called Signalen, "The Signal." Many still call it that even though the store doesn't officially have a name anymore after it got bought by one of the big chains.

Get upon mine level scullerymaid

And I totally knew that and did not just look it up on Wikipedia. *shifty eyes*

And I totally knew that and did not just look it up on Wikipedia. *shifty eyes*
Click to expand...

crissy-crossy-chunga-tree-scratch: "name for mark Chunga wrote on tree. Chunga smart. First maker of it. Chunga sure name catch on"

Agreed on that. It also makes the already hilarious Tokyo Mirage Sessions title that much funnier.

Yes I know the World Wildlife Federation won the right to the initials but dammit I watched WWF as a kid with the likes of Hulk Hogen and The Undertaker!
Click to expand...

I can't drop that habit either and I haven't even watched much WWF since the early 2000's...the last episode I did catch involved Dean Ambrose spilling coffee on Chris Jericho's new rug...I think it was Jericho...

I refer to the Sony Playstation as the PSX and I also like to refer to people who consider gaming to be their primary hobby (like myself) to be a 'Gamester' as opposed to a 'Gamer'. Other than that nothing really springs to mind...I'll sometimes bitterly refer to stuffed-crust pizza as 'an alright concept with awful, inedible results'.
S

I never even heard of B.C.E and A.C.E, and while I am not religious, I wouldn't use that. We can't hide our history, plus the new abbreviation doesn't make things better, does it. When you know where those numbers came from, you realize that they are calling christianity the common religion now.

I had a weird dream once where I traveled far into the future, and I was asking people what year it was. The answer given was 35 or something, so I thought they must have started a new counting. I then clarified that I was asking for the year since Jesus Christ, but they didn't seem to get my meaning. Maybe political correctness will still win.

I don't know whether to be proud or sad that no one's brought up the N-Word yet.

As a person living in Sweden, everyone here uses the word "skolan" for school. 'Cept me, who refers to it as "allmanna laroverket", after having watched Sagan om Karl-Bertil Jonssons julafton one Christmas too often in my youth.

Wow...I totally didn't know that. I remember watching this very long time ago (wasn't into anime yet - it just happened to be on TV) and I do remember being confused about the name. I shrugged it off as just being one of the names that doesn't necessarily correspond to anything.

OT: I actually have to think about something. Thing is, if I'm using an old name, I don't use the new one, hence I'm having to go over things and think of if I even know a about them called something newer. Well, there is a bunch of Dota 2 heroes I refer to using their old names. For example Windrunner was renamed to Windranger relatively recently, yet there are others that either got renamed since DotA: Allstars or one of their common names was dropped[footnote]In DotA: Allstars, the heroes were names as per the Warcraft 3 template - each has a name, as well as a class. So, for example Rikimaru (or Riki, for short) is the name of one of the more famous heroes, however his class is "Stealth Assassin". His full "signifier" is Rikimaru the Stealth Assassin. And yes, there is also the "Phantom Assassin" - slightly confusing when you start to get into the game. Yet that's her class name, her real name is Mortred, so she was Mortred the Phantom Assassin.[/footnote] examples being Bone Fletcher or Fletcher (for Clinkz), N'aix (for Lifestealer), Furion (Nature's Prophet) and others.

Another thing I actually rarely use, yet I still do is "gosu". It is a gaming term that fell out of common use for some reason. It means "a good/skilled player" and is most of the time used straight, not as way of mocking somebody. Not that you can't, it just isn't itself a mocking term (contrast with "noob" which is specifically a derisive way to call a low skilled player). It's very close to just calling somebody "pro". It was very widely used in the strategy scene, more specifically StarCraft and Warcraft. While I know it was used outside of those, it seems like it died with them. At any rate, I still occasionally use it usually in strategy context (though MOBAs may also qualify).

To me, he will always be called Captain Marvel, and never Shazzam.

Yep. Europa Universalis 4 has made me more familiar with countries historical names than with their current ones. Though in my case I call Thailand 'Ayyuthaya' and Cambodia 'Khmer'.
For more fun, call Russia 'Muscovy' but pronounce the v as a w. 'Oh look, Muscowy just annexed Crimea from Ruthenia!' etc. 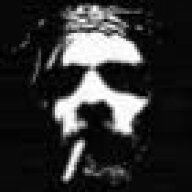 I call female bartenders barmaids. This was the normal in the area I grew up in. Once I left the area everyone jumped on me about the word. I don't see the issue about it, but hey, to each his own.

The one thing that will be really hard to get used to is calling our currency EURO's and not Litas, a lot of people seem to be struggling with that one, me included.
R

Xsjadoblayde said:
I still refer to Pluto as a planet.
Click to expand...

It is a planet. No one is disputing that. It falls into the subcategory of "dwarf" in the greater category of "planet". Assuming the designation means anything else is like assuming that a pygmy hippo isn't a hippo, or a grizzly bear isn't a bear, or a MacIntosh brand personal computer isn't a personal computer.

Yep. Europa Universalis 4 has made me more familiar with countries historical names than with their current ones. Though in my case I call Thailand 'Ayyuthaya' and Cambodia 'Khmer'.
For more fun, call Russia 'Muscovy' but pronounce the v as a w. 'Oh look, Muscowy just annexed Crimea from Ruthenia!' etc.
Click to expand...

At one point a few months ago, I was talking about the history of the word "dollar" and heard myself mention that the valley was "in modern-day Bohemia". Upon seeing the blank and confused looks, I corrected myself "Sorry. Modern-day Czechoslovakia."
C

Yep. I grew up near the McAlpine (Huddersfield), I still call it that (having subsequently being called the Galpharm and the John Smiths Stadium). The tragic thing is, soon people won't get what I'm referring to. 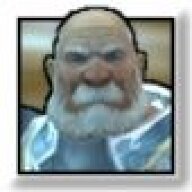 I sometimes refer to my mother and my aunt (her sister) by their maiden names - which aren't their official names for more than four decades now. It's typically in the context of talking about my mother's side of the family.

Alright, so right from the start, fucking Woolworths. Where I live, was always called Safeways, and the damn slogan ran better with Safeways anyway.
Click to expand...

Exactly the same for me. Apparently, it was Woolworths in every other state before VIC hopped on board. A bit like HSC and VCE.

Also, the damn "Westfield" group. Buying
up a bunch of shopping centers seemingly country wide where I live, and trying to rename them all to "Westfield [Suburb name]". I know literally no-one who calls them by that name.
Click to expand...

Ha, you do now, but the one closest to me fluctuates in name when my family and I are talking about it. It's either Westfield Plenty Valley or Westfield South Morang[footnote]I don't think is personally identifying enough. Correct me if wrong, mods.[/footnote]. If it's clear I mean the one near me, I'll just say Westfield.
Show hidden low quality content
You must log in or register to reply here.
Share:
Facebook Twitter Reddit Pinterest Tumblr WhatsApp Email Link
Top Bottom