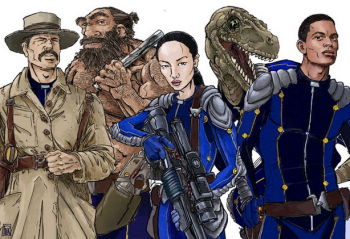 TimeWatch may not get its time machine stretch goal, but it's getting literally everything else, up to and including a full-color rulebook.

Update: The TimeWatch Kickstarter has closed with $105,881 to its name, even managing to get a last-minute stretch goal in the process. In the meantime, late backers can make Paypal donations to Pelgrane Press for a limited time <a href=http://www.pelgranepress.com/?p=14572>at this link.

Original Story: Kickstarter is one of those services that can make unlikely projects a reality, and TimeWatch is the latest such example. Kevin Kulp's time-travel inspired RPG already proved popular <a href=http://www.escapistmagazine.com/news/view/131552-TimeWatch-RPG-Blasts-Through-Kickstarter-Goals-En-Route-To-Time-Machine>by reaching its goal in 24 hours and <a href=http://www.escapistmagazine.com/news/view/132372-TimeWatch-RPG-Kickstarter-Has-Raised-80-000>showing little signs of slowing in recent weeks. But that's nothing compared to the past 24 hours, during which TimeWatch earned an additional $20,000, collecting every single stretch goal save for a billion-dollar time machine. Although at the rate it's rising, I expect if the Kickstarter ran for another month or two it might even have found that.

This means that TimeWatch will now be released as a full color hardcover rulebook, as opposed to the black and white softcover originally proposed. The game will also get 11 campaign expansions within the core book, along with a supplemental campaign book and a player-facing annotated timeline. The core book's content now covers everything from time criminals, to era-hopping Lovecraftian monsters, to playable time-traveling angels. And that's not counting the crossovers with other Pelgrane games like Mutant City Blues or the space opera Ashen Stars.

TimeWatch's Kickstarter still has about an hour left, and could easily rise by an additional few thousand in that time. Pledging now gets you the alpha PDF rulebook with the option of a finished product in November, which is shaping up to be a massively insane tome that I can't wait to see. 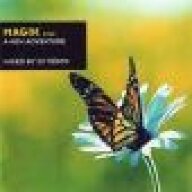