It's a damn fine game, no doubt, but something that you absolutely can't miss? I don't think so. And if this generation is to shooters what the last...like 3? were, you'll be seeing plenty more EXACT COPIES of this game.

StriderShinryu said:
I see no issue here at all. First, if you're at all interested in a multiplayer only online game, you're going to be interested in the map packs as well.
Click to expand...

This must be a new train of thought for the younger generation of gamers which I feel sorry for you. It is that very attitude why EA and other publishers are so dead set on nickel and diming you to the very last penny.
Click to expand...

You know what, you're totally right. I remember those good old days where I had to buy each iteration of Street Fighter 2 for my SNES at over $100 a pop because they added a little content and a couple of new characters. Though surely I'm somehow too young to remember any of that having not even been in my mother's womb yet at the time or something. That was totally a better arrangement than being able to invest a small amount over the course of a year to keep a game fresh when I know I'm likely to be playing it anyway. Or, you know, I could not buy the season pass at all and just play the included maps and content.
Click to expand...

Actually, they have learned a bit. They still make major screw ups (SFxT on disc DLC anyone?) but they have reduced pricing on their "update" releases and are offering updates to pretty much all of their current fighting games as digital downloads. So, yes, they are still making an Ultra Street Fighter 4 but at least they are letting you choose to either buy/download it as a patch for your current version of the game or buy the full version on a disc but with all cosmetic DLC included and at a lower price than you would have paid for vanilla Street Fighter 4.
Click to expand...

It's still a lot that they're asking for what's basically an update to a game. Okay, granted CoD goes the whole hog and asks for 60 for a game and then 60 in map packs but I mean Street Fighter 4 is Street Fighter 4, it's just more characters and balance changes.
That's DLC material, not so much abandon that old game and get on the new game train. They were ..what 30-40 bucks each? Yes I know it's a daft comparison but look at Team Fortress 2, been around since 2007, still getting weapons, hats, more hats, maps, things that do alter game play quite a bit.

Well saw that one coming. Oh well here's hoping the DLC will not be map packs, and will have some game modes. Come on Respawn, don't fuck up the DLC. 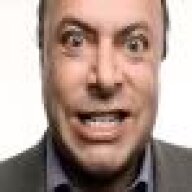 Meanwhile, on the OTHER side of the planet...

Electronic Arts South Africa has confirmed that Titanfall will not be released in the country at this time.

The reason given by EA was that a ?great? Titanfall experience could not be guaranteed in South Africa, following recent online performance tests.

?We understand this is a disappointment for local fans and will keep fans posted on any future plans regarding the release of Titanfall in South Africa,? read a statement on EA?s Facebook page.

James previously pointed out how Titanfall?s multiplayer would ?suck in SA? due to the game?s use of Microsoft Windows Azure to host dedicated servers for the game.

On paper, Titanfall using Azure is a good idea because the server provision is scalable based on demand, and it takes the hosting load off the end-user, removing annoyances such as host migration mid-match, host latency advantage, and unstable host connections.

However, if you are nowhere near an Azure server node all of these advantages are moot. Microsoft South Africa previously confirmed that there are no physical server deployments for the Azure network in South Africa.

At the time, EA reassured SA gamers, saying that ?EA, Respawn and Microsoft have been testing Titanfall all over the world, including South Africa, and we?re confident that players worldwide will have a great experience when the game launches in March.?

I guess things have changed.

So no Titanfall in SA ? for now at least; are you upset, outraged, or do you even care? Let us know on the forums or in the comments below.

Update: It appears that Titanfall has now been removed from the South African Origin PC digital distribution store.

Consider yourselves lucky to even get to BUY and PLAY it.

And yeah, sucks to be a gamer in South Africa.
N 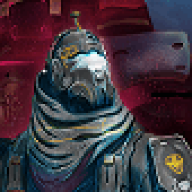 You know what, I don't care.

If the DLC is worth it, ill buy it when it comes out. If you don't like the game or the business model behind the game, then don't buy the game.

As what has been said earlier in the thread, this is not a thing unique to EA. Activision, Ubisoft, 2K, nearly every publisher I can think of aside from THQ had a season pass for their games.

Just don't. Buy. It. Yes you may save $5, but if you were to buy all the DLC individually when it comes out there is about a 1-3 month gap between each major piece of DLC.

I for one am looking forward to Titanfall. I played the beta, and I had a lot of fun. Im not wanting a single player shooter with a lot of depth in its story, I haven't wanted a shooter with depth in.. well.. ever. The game is advertised as a multiplayer focused game, and thats exactly what its being given out as. People ripping it down based on it having a lack of single player campaign may as well complain to blizzard about introducing a single player mode for WoW.

Then, despite some of the praise for the game during beta, that same beta clearly demonstrates that it sacrifices a great deal of performance compared to its direct competition (just as BF4, MoH:WF, and other games from EA have done).
Click to expand...

What do you mean by it sacrificing a great deal of performance?
D

I don't get the hype for this game at all, it struck me as "generic shooter number 314 with robots" and then people are surprised they are trying to milk a multiplayer game?

What did you guys even expect?

How can you be disappointed by this? It's EA, and a game made by the people whom made CoD.

I get that the game is being hyped up more than the second coming of christ, but, let's not just abandon all logic and start some delusion that things would be any different with these companies.
E

gibboss28 said:
What do you mean by it sacrificing a great deal of performance?
Click to expand...

Reports place the game at 792p with an inconsistent 60 FPS (apparently being inside the titans caused significant and noticeable frame rate slowdowns during benchmark testing). This is slightly better than other FPS games on the console (which normally run at 720p and 60 FPS), but significantly weaker than the PS4 (which runs those same FPS games at a 900p, 60 FPS minimum).

Also, the devs claim that they went with 6v6 for "balance" reasons, but given what we know about the benchmark performance now, it seems that the most likely explanation for why the game goes for a much smaller player count of 12 is because the game would have run into much more noticeable performance issues had it attempted the standard 64-unit multiplayer of most first-person shooters.

Ergo, it's safe to say that the game's significant restrictions are a consequence of the title being an Xbone exclusive, rather than anything else.
Click to expand...

I can verify this. During my time with the beta on the xbone almost all of the FPS drops I experienced were in the titans. Inconsistent is a nice way of saying "Almost damn near unplayable". The frame rate issue can also pop up as a pilot when you are near a number of titans and other players slugging it out. In all honesty when that FPS drop hits as a pilot it's several orders of a degree worse and pretty much ensures you are going to die. In short, when the game gets to about a medium amount of action on screen the frame rate tanks right into the toilet, regardless of it's a titan or pilot your playing as.

I don't think this has much to do with xbox one though and is more an issue of Respawn not knowing how to use any engine other than that craptastic thing CoD has been using for the last 10 years. Their unfamiliarity with the source engine is probably what is causing the frame rate problems and other technical issues.
Show hidden low quality content
You must log in or register to reply here.
Share:
Facebook Twitter Reddit Pinterest Tumblr WhatsApp Email Link
Top Bottom