//cdn.themis-media.com/media/global/images/library/deriv/1349/1349759.jpgBlizzard's week-long $10 off deal on the Origins Edition of Overwatch ends at midnight tonight.

If you're one of those folks who has been waiting for a deal on Overwatch before you jump in, you've got until midnight Pacific time tonight to save $10 off the normal price. The deal has been running for about a week, and lets you pick up the Origins Edition of Overwatch for $50 instead of the usual $60.

The Origins Edition includes the game, as well as 5 exclusive skins and a host of digital items for all of Blizzard's other games. You can get a look at what's included on the game's official site [https://playoverwatch.com/en-us/buy/#origins-edition]

To take advantage of this deal, you'll have to buy the game through the game's Best Buy [https://playoverwatch.com/en-us/buy/#origins-edition] (Best Buy Gamers Club Unlocked members can get an additional $10 off until Sept. 17). 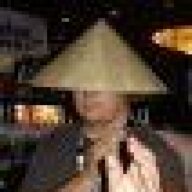 The regular version of the game without all the needless skins and digital items for other games is 39.99. No one ever advertises that though.