"Too Gory": Viewers Walk Out of First Screening of The Revenant

"Too Gory": Viewers Walk Out of First Screening of The Revenant


Alejandro Inarritu's follow-up to Birdman is already drawing some strong reactions from audiences...and not all of them positive.

Until this point, what we've known about the Alejandro Inarritu-directed, Leonardo Dicaprio-starring The Revenant was that it had gone some $40 million over budget, nearly resulted in the castration of an extra (depending who you ask), and was described as "the most difficult film that any of us have ever done," by Dicaprio himself [http://variety.com/2015/film/news/leonardo-dicaprio-the-revenant-inarritu-movie-actor-1201647481/].

"It was like rock climbing without a rope," chimed in Inarritu.

"There is no way down. You have to go up or you die. There was no choice for us."

Apparently, that difficulty carried over to the audience on Monday night, when a packed house at the Academy of Motion Picture Arts and Sciences' Goldwyn Theater in Beverly Hills was treated to an early screening of The Revenant and got much more than they asked for.

The Hollywood Reporter passes along word that, while well-received by most in attendance, The Revenant contained several scenes that were simply "too gory" for some to handle, resulting in a handful of audience members walking out from the screening before it had finished.

Reviews have been embargoed until Dec. 4, but the film - which is about a fur trapper, left nearly for dead after a couple of vicious attacks by both men and beast, who then embarks on a quest for both survival and revenge - is already provoking strong reactions, many pro but some con. It is long (running more than two and a half hours), gorgeous and gruesome (several people walked out throughout the movie, apparently unable to take the gore). And while many critics are likely to love it, it is decidedly not everyone's cup of tea.

Given the backlash that Birdman received from certain online communities following its "Best Picture" win, it's understandable that a mostly silent movie about 1800's frontiersman wouldn't exactly be everyone's "cup of tea" (although personally, I will drink the entire pot of that tea in one serving and demand seconds). But critics do seem to be in agreement about one thing: The Revenant *will* be the movie that finally earns Dicaprio his Oscar.

"DiCaprio - who has received four acting noms over the course of his career, but never has won - couldn't have done a better job and looks like the man to beat in the best actor race," writes The Reporter.

"His almost silent performance, with its incredible physical demands, is the sort Clint Eastwood might have given if he had DiCaprio's drive and discipline as a young man."

Even higher praise was given to Revenant cinematographer Emmanuel Lubezki, who previously worked with Inarritu on Birdman, winning an Oscar of his own in the process to pair nicely with the Oscar he won for Gravity the year before.

"Lubezki is, in all likelihood, going to become the first lenser in history to win three consecutive Oscars. (Three others also won two in a row.) His work on this film, which ranges from silhouetted figures and vast landscapes to riveting battle scenes and 360-degree shots, is showy in the very best sense of the word, and certain to be remembered by his peers (who determine the category nominees), and probably the larger Academy."

So to recap, the things the The Revenant has going for it are: The director of Birdman, the cinematographer of Gravity, Tom Hardy, Leonardo Dicaprio, bears, beards, and enough blood to make you physically ill. I suppose this is the part where I tell whoever's in charge of this thing to shut up and take my money already.

piscian said:
From what I can tell stylistically its a spiritual successor the film "Black robe"

Goddamn I'd forgotten Black Robe. But now I'm remembering the part where the lady gets an arrow through the neck and stumbles around for a few seconds before dying while choking on her own blood. Canada is grim, yo.

Though, gore i can take or leave. Yes, it may be my only form of arousal these days, and the only sauce i can have with christmas dinner, but a film doesn't go up or down in quality for me, because of it. Unless the film depended entirely on it to market to closet cavemen (looking at you, hostel), in which case, down it goes! Just like my last midnight victim.
I am confuse however. When you say "follow-up," i assume you mean "sequel." But this is obviously not the case. Do you just mean "Director's next film?"

I am so excited!! Looks so good! That one shot in the trailer where it is panning behind Leo facing a mountain and there is an small avalanche or something...anyway, I had my mouth open in awe.
I

I'm pretty sure some of these naysayers are the type to grow green around the gills at the sight of a single bursting squib-and-blood-pack combo. I survived RoboCop's Melting Lenny sequence, so everything else is fair game.

All I can say is

It sounded interesting until you said Tom Hardy. You also said it was mostly silent so maybe that won't be so bad.

Give it to me and I will give you my all.
Y

Im so excited for this movie it hurts.

I am curious about the metric used for this statement. Compared to recent violent movies (PG13, gotta love that kinda violence). We need more realistic depictions of violence.

too gory. dont make me laugh. but then again people also walked away from spielbergs movie saving private ryan. yes it has its bloody moments but thats how it was.
im sure interested in this movie now. not because of the gore but it generally looks interesting and certainly a genre not touched much. just my cinema doenst seem to show it at all. but then again, hong kong cinemas always bring stuff in by the last minute.

This might just be a marketing stunt. Horror movies for example do things like this all the time. If you saw this article and decided to look this movie up or watch the trailer, that's proof that it would work if it was one.

Im so excited for this movie it hurts.
Click to expand...

Other than that, I don't think there such a thing as "too much gore"...

JaredJones said:
Given the backlash that Birdman received from certain online communities following its "Best Picture" win, it's understandable that a mostly silent movie about 1800's frontiersman wouldn't exactly be everyone's "cup of tea" (although personally, I will drink the entire pot of that tea in one serving and demand seconds). But critics do seem to be in agreement about one thing: The Revenant *will* be the movie that finally earns Dicaprio his Oscar.
Click to expand...

And now they've gone and jinxed it. :^P 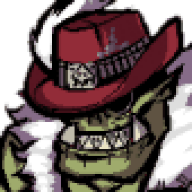 Still betting some of Bones did worse. 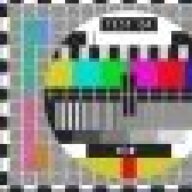 Im so excited for this movie it hurts.
Click to expand...

Hex you if that happens. I will put a hex on your iPhone!

also, you're probably right, the only guy with a legit hex on is Leo hehs

If you took any other criticism about a movie or game and phrased such naysayers as 'apparently unable to handle it', this community would lose its shit about what a lousy dismissal of criticism that was. But you apply it to the concept of gore and everyone is too busy falling over themselves to show how hard they are and yell 'moar gore pls'.

Leonardo, blood and fur?
Count me in