Toys R Us is now closing all buisness.

The internet has destroyed another one, Toys R Us is closing shop:

Sad, and I have known this perticular Toys R Us where I live since I was a kid and would occasionally browse there for something now be it a video game or movie. 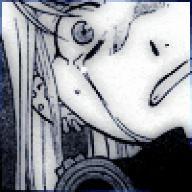 It's weird, because I can remember going into Toys R Us a hell of a lot as a kid, but we never seemed to buy anything. The business in the UK has been suffering for a while now and they announced a few weeks ago they were in administration, I didn't know it was their US branches too. Sucks for all their employees though. The company I currently work for, Maplin Electronics, is going through the same and the administrators are treating us like garbage.

The Toys R Us I went to as a kid is a liqueur store now. Good to see they still want to sell to the same people, just older ones.

That's fucking depressing as shit. Toys'R'Us was a big part of my childhood, probably more so than Block Buster Video. I clearly remember filling out so many entry forms for the Toys'R'Us Big Toy Run that my hand hurt. I may have gotten my first console from a Toys'R'Us (SNES) as well as my very first Pokemon game (Pokemon Yellow), not to mention countless Star Wars action figures and hot wheels cars.

I just don't understand why so many businesses ignored internet retailership until it was too late for them. I wish I understood Business leaders decisions to ignore the internet as a way to distribute things, especially in the 2010's. Sure, in the 2000's, it wasn't really viable, but the minute it did become viable, every Business with half a brain should've realized to go that way. So far, only newer Businesses and Wal-Mart understood this.

It stinks that Toys 'R' Us is gone, but that's the name of the game when it comes to Capitalism, you either adapt or you die. Wonder what the Toys 'R' Us near my house is going to become?

And my childhood dies even more.
B

Sad news, but I can't help but think I wish I lived in the States to take advantage of all those sweet going-out-of-business sales.

Oh well, kids don't need toys anyway, the needy bastards. They need education and maybe guns now too. Innocence is dead, hah! Didn't even know toyasaurus were still going. Bout the only thing I remember them for is that TV advert with the catchy jingle and Jurassic Park promotion.

Good. Toys'R'Us was nothing more than a infant torture chamber anyway. You'd spend months as a kid obsessing over exactly which new Transformer you wanted for your birthday and then arrive at that damnable Hellhole and suddenly be wracked with indecision as the sheer choice on offer suddenly made you wonder if you wouldn't rather have Jazz instead of Hound after all. Cursed place.
T

I don't wanna grow up. Growing up reminds me that things from my childhood die. 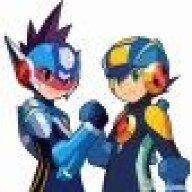 *smokes pipe* See, what we have here is a failure to shift one's paradigm to align with modern industry trends.
S

Cold Shiny said:
*smokes pipe* See, what we have here is a failure to shift one's paradigm to align with modern industry trends.
Click to expand...

Is it even a trend at this point?

Its the norm now.

The owners of Toy R Us bought it in 2005 (it was publicly traded at the time and they delisted) then proceded to 'restructure' the company's finances with $6billion of high interest debts.

For all the talk of missing the online boat (which they did) increased competition (which is true) the real reason Toys R Us has gone bankrupt is because it was paying $400 million ($400'000'000) per year just in the interest on it's colossal debt, not counting the actual repayments.

It's how a company with $12billion in sales per year can make a loss of $120million five years in a row, someone somewhere has made and absolute killing out of Toy R Us and it's owners have found a way to write off huge debts they wracked up elsewhere. How that's legal is beyond me, but it is.

Maplin on the other hand has legitimately gone tits up. Just like Comet nobody is really interested in paying over the odds for electronics and computer hardware anymore. They had no chance of competing with Scan and OCUK for PC stuff and no hope against Amazon for everything else. Also, Brexit jacking the price of everything up overnight hasn't helped, it's pushing dozen of companies that were marginal over the cliff.

And another part of my childhood dies... typical.


The Great JT said:
I don't wanna grow up. Growing up reminds me that things from my childhood die.
Click to expand...

I seriously cant think of another chain store that was more severely undermined by the rise of Amazon.

It seems another big name retail store has failed to adapt to the times.

The only time I ever recall going into a Toys R Us store was when I saved up to buy a Sega Saturn, got it with the Virtua Gun too.

I was more upset about the death of Woolworths years ago. It was a shame to see the one in my hometown getting picked apart by people coming in with bin bags to fill.

Toys R Us was the place I always went to get new games as a kid(when I wasn't renting them from my local video rental store). I just remember the rows of tickets hanging from displays of the cover art of the games. The sense of wonder I would feel staring at all those new games.

That's an experience that must be almost completely lost on younger generations in this increasingly digital world.

I seriously cant think of another chain store that was more severely undermined by the rise of Amazon.
Click to expand...

Borders. Amazon started as a book store, and murdered 'em. The only reason Barnes and Noble is still around is because over half their inventory isn't books anymore.

They weren't the most affordable joint in my neck of the woods, my parents as a kid tended to go there with me veeeery rarely. Zellers, ironically, was where most of my childhood toys ended up being picked up from.
Show hidden low quality content
You must log in or register to reply here.
Share:
Facebook Twitter Reddit Pinterest Tumblr WhatsApp Email Link
Top Bottom