The Secret World: Story and Missions

The developers of The Secret World discuss its story and missions.

Seems pretty cool. Voice acting seems like it might be hit-or-miss, but I love the concept. Just have to see if they can pull it off without having the MMO-ness overpower its setting.
V

At first, I thought this would be something like a magical world that the real world doesn't--and wouldn't--understand. Something like the "Men In Black" films or "Buffy: The Vampire Slayer" series. It would play like a normal MMO but the players have to be careful in unleashing their power in society, otherwise it would scare any of the civilians into thinking *you* are the real monster.

Unfortunately, this doesn't seem like it is going in that direction. However, I think this looks like a pretty cool MMO so far. If this is subscription based then I doubt I'll be able to play it.

Some glimpses of awesome in there, but surrounded by meh. 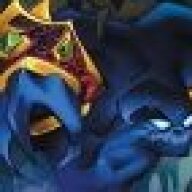 The voice acting does seem like it could be a potential problem, but at least the setting is interesting.

Well, when i first heard of this game, i though it was a single-player game. Was not expecting it to be a MMO.
But it looks somewhat promising. And i like some of those stories/conspiracy theories.
D

As someone who just recently quit WoW after being disappointed by both the new raids (increased number of mechanics does not equal a more challenging or interesting fight, it means more choreography and less strategy) as well as Blizzard's newfound approach to playstyle (TIGHTLY controlling how they want classes to play, down to even rotations), I have to admit...this, if done well, might bring me back to MMORPGs.

A few interesting details gleaned from the web: there are no classes and no leveling system. New powers are gained through working with your faction or through different missions. Each player gets a set of 7 active talents and 7 passive talents...chosen from nearly 500 different talents. On the one side, this fact could make the game hard to balance, but with the neigh infinite number of combinations (let alone when working co-op, and setting your talents to work within the context of a party) it seems just as likely that no single build will be completely unstoppable. The customization level, if done well, would be more than enough to get me to sign up just to play with it.

That said, as more of an explorer, the fact that the story arc is highly dependent on the individual player is an interesting prospect, though we'll have to wait and see how that plays out. Personally, I find it interesting that they also chose to imbed details in the game from history, and that by looking up these things IRL is actually a boon in that it can help you solve different in game quests and problems. Somewhat reminds me of Extra Credits' bit on gamification, only applied to conspiracy theories.

as long as it's not Pay to Play, im interested
D

Sure, we'll enjoy the years of development spent trying to make an MMORPG that's trying to distinguish itself from every WoW & EVE knockoff, BUT ONLY IF IT'S FREE!

Even "free to play" MMORPGs withhold the best features or upgrades, demanding payment for content. People wonder why so many games generic (even free ones) when development and especially moving in a different direction cost money and comes with high-risk. My guess would be that they'll use the standard 7-10 day free trial, but why shouldn't they get paid for the massive costs of development, maintenance, and servers? If it's good, we should want to pay them in hopes of continued innovation and development. If it isn't, or starts off well and goes downhill, then keep your dollars. Money talks, and gamers should use their cash as part of their voice.

Hmmm, my question is: If all myths are true, what happens with contradicting myths?
EDIT: Some of these claims are also made by ArenaNet, concerning Guild Wars 2. Only time will tell who is the better of them, I guess.
B

Yes dear that's lovely and we're all very proud of you.

Interesting.... I don?t generally like MMORPGS very much, They tend to get boring rather fast with ?kill x amounts of x enemy? now ?collect x amount of this item by killing x enemy? then grind until you go up a level and unlock more of the same thing. Supposedly this game is anti grind, it doesn?t sound like this going to be full of kill X quests and I like puzzles and exploring so it might be good. Only MMORPG I ever managed to get into for an extend length of time is guild wars tho I don?t play that much anymore ether.
Hopefully it won?t be subscription based. If it?s good enough I might break my no subscription games rule but It would have to be excellent. I know, I know I'm a cheep bastard and part of the problem. Don?t ask me why because I don?t know but I really feel uncomfortable be with a subscription fee. One off payments and buying from cash shops I?m fine with tho. I hope this game succeds regardless if only because atleast they seem to be trying somthing different rather than trying to copy WoW or EVE and I hope this game does not fall into the same trap many others have. Trying to do too much or being full of great ideas but failing in execution and basics.
Show hidden low quality content
You must log in or register to reply here.
Share:
Facebook Twitter Reddit Pinterest Tumblr WhatsApp Email Link
Top Bottom