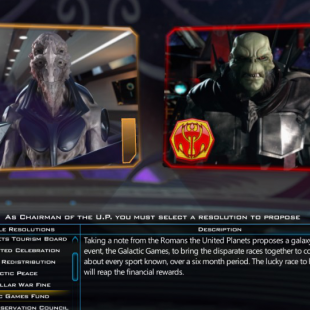 The latest update to Stardock's anticipated 4X game brings on a myriad of diplomatic shenanigans.

When Galactic Civilizations III first launched into beta in the middle of August 2014 [http://www.escapistmagazine.com/articles/view/video-games/editorials/interviews/12109-Galactic-Civilizations-III-Beta-Available-on-Steam-Early-Access], it had a good framework of what features the full game would eventually contain, but was unfortunately limited in actual gameplay. Luckily, a new update for Gal Civ III is bringing in one of the cornerstones of any 4X game, diplomacy, and has all manner of political intrigue and duplicity for those who are eager to do more than blast opponents to pieces with lasers. I had to chance to speak with Paul Boyer, Gal Civ III's lead designer, about some of the neat things being introduced with this latest major update for the sci-fi strategy game.

"When we say we are adding diplomacy, it really means several things," explained Boyer of the new update. The game will familiar traditional means of diplomacy, such as letting players exchange technologies or establish trade routes, but Gal Civ III will offer more in-depth and expansive options than what has been seen in the past. Players can now buy or lease resources such as the rare metals they find in deep space, and have access to multiple kinds of treaties and trade routes, like trading slaves (something players fond of the warmongering Drengin may want to check out), that will affect other parts of the game such as the new ideology system. The actions you take and the conversations you have with your neighbors in Gal Civ III will in turn have a major impact on how your game plays out. "Each race will have its own personality and racial traits," continued Boyer. "And these contribute to how each AI feels about you and other AI players." This new diplomacy system will also be available in Gal Civ III's multiplayer mode, albeit Boyer did admit that it may undergo some changes "depending on whether it proves fun for the beta players."

One of the biggest changes with Gal Civ III's diplomacy system over its predecessor is the new United Planets system, which like it sounds, is essentially an intergalactic UN. Previously, the United Planets system was "more or less just optional galactic events" that didn't always have widespread ramifications on a game. With Gal Civ III, you can get appointed to "Chairbeing" of the UP and have direct control over what laws or agendas get pushed in the realm of galactic politics. This new UP will also tie into a soon-to-be-implemented victory condition; where in skilled and crafty negotiators will be able to get voted in as Supreme Leader of the galaxy.

Diplomacy isn't the only new feature being brought into the game with this latest update. There's a new race to play with the Kyrnn, an interplanetary crime syndicate, several new win conditions, and huge scale maps for those who like to spend months conquering the galaxy. There is no solid release date for the full version of Galactic Civilizations III, but if you're interested in seeing what it has to offer right now, you can check out the game on Steam. [http://store.steampowered.com/app/226860/] 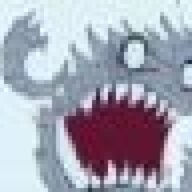 I've been following this beta for a while now, and it's always positive to see the progress Stardock have been making. They have an hour+ weekly stream where they show unreleased builds and how they've been doing, and have kept to their development 'road-map'. The transparency is great, I only wish more game devs followed this example so I could be comfortable about kick-starting things...
Show hidden low quality content
You must log in or register to reply here.
Share:
Facebook Twitter Reddit Pinterest Tumblr WhatsApp Email Link
Top Bottom