wtf?! how stupid are people? i mean seriosly that happened in ww2 that means that there is a very slim chance that someone responsible for pearl harbour will even be alive there it will be like an earthquake will hit germany and me and my budies (were from israel) will say "take that you nazi busterds!" its just redicilous 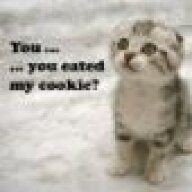 Amen, i say bury the GD hatchet and get on with your lives and history in general. Besides, most of the people suffering probably had little to no direct ties to Pearl Harbor. What about the children who have either been killed or orphaned because of this disaster? Do they deserve to suffer for something that happened before they were even born?

Apparently Japan started WW2. Amazing what you can learn from idiots 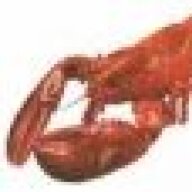 Im pretty sure kicking their ass in WW2 was 'payback'.
what douchebags. 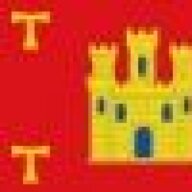 One of the reasons I love Team Liquid is an idiotic thread like this one would have been locked pages ago. C'mon, keep feeding the trolls people, they live on your tears.
N As much as I can appreciate the irony, I live in California. So essentially you have told someone who has posted in this thread how sick the shit people are saying makes me, that you hope he, and most of (wait let me check to see Colorado is there, ahhh nope ALL) his family will die. Well fuck you to buddy.
Click to expand...

A dose of under 100 rems is subclinical and will produce nothing other than blood changes. 100 to 200 rems will cause illness but will rarely be fatal. Doses of 200 to 1000 rems will likely cause serious illness with poor outlook at the upper end of the range. Doses of more than 1000 rems are almost invariably fatal.

Just take some Rad-X and you'll be fine.

Yeah, I've seen some comments like that. All I have to say is they're a bunch of idiots.

naw man, the first thought that came to my mind was punishment for creating the Nintendo Wii

but in all honesty, that's ridiculous. yes Pearl Harbor was bad but America nuked Japan twice already. no retribution or payback or whatever crap is happening (America helped rebuild Japan and have been allies since forever now, leave the misplaced historical paranoia to the Cold War fanatics)

Logarithmic Limbo said:
A group of people are never smarter than the dumbest individual. Sorry america, you are screwed.
Click to expand...

doesn't bode well for folk on the Escapist, or the Internet 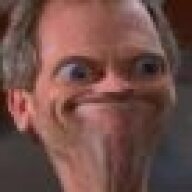 *Link removed* (by the OP) People are sending messages to Facebook accounts apparently and that's also out of line.

Apparently there is a fair amount of Americans claiming that the Tsunami currently ravaging Japan can be seen as payback for an attack in WW2.

"getting a little more payback for peal harbour. they thought we forgot about that BS, didn't they?"

Only two brief examples of a torrent of idiotic comments that seriously make one wonder where people get this crap from.

I know for a fact that they are trolling. There were several threads on /b/ that said these exact words and posting links to facebook support groups. No they are probably not all idiots but trolls that wants to get a reaction out of you, just ignore. 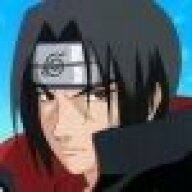 Ya know, as a Christian, this sort of thinking embarrasses you cuz its the same rationale that "theyre evil and they deserve it" that terrorists used to justify 9/11.
I hope (vainly I'm sure) no one takes this the wrong way but the terrorists at least didnt hide behind the specter of a national disaster to let out their hate.

PS. in advance to whatever idiot decides to call me out on this, NO I AM NOT JUSTIFYING TERRORISM. Im a New Yorker and actually lost family members in the attacks. 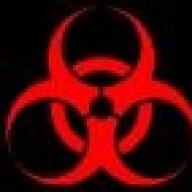 I agree, people saying it's karma and everything is absolutely disgusting. Disgraces to the species.

Logarithmic Limbo said:
A group of people are never smarter than the dumbest individual. Sorry america, you are screwed.
Click to expand...

doesn't bode well for folk on the Escapist, or the Internet

or any country for that matter (not that I had much hope for humanity anyway)
Click to expand...

And with that said, I'm moving to Antarctica... 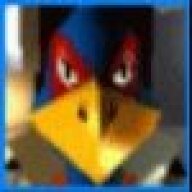 I think the nukes and the camps were plenty payback, seeing as Japan later regretted dragging the U.S. into the war.

These are the types of morons who think that their God can cause things, and that the planet actually gives two shites about what we do on her. 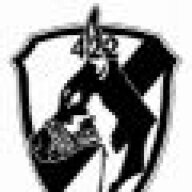 The illusion of "payback" is stupid to begin with,
there was a chain of events that lead to pearl harbor itself, remember that History is written by the victor, is rare when you're actually told that an imminent attack by the Japanese was expected and pearl harbor was indeed one of the highly suspected targets, specially after the US put up an embargo on japan for attacking china, basically forcing japan out in the pacific to secure open trade routes.

now for a reality check, the "surprise" attack on Pearl harbor was a necessary evil, at this time England was practically holding back the Germans alone, and united states REALLY needed a feasible reason for war to give to the general public. (thus securing a nearly 100% approval rate for the war)

I'm not defending the Japanese on this one either, remember Luzon and Nankin, the war was going to happen regardless if pearl harbor happened or not, and the pearl harbor raid served as the catalyst. is a shame so many lives where sacrificed for the greater good, but that is how war is,

and now to credit the latest natural disaster as a form of karma for pearl harbor is nothing but an insult for the victims of the war as well for the innocent people for japan.
M

Pearl Harbour needed payback? Pearl Harbour was just a military manoeuvre, it didn't need payback. The nukes were just an overkill attempt at forcing them into surrender.

It's great to see all the uneducated 13 year old Call of Duty playing Americans still thinking the Japs are evil for their role in the war.
Click to expand...

Actually the US was trying to end the war as quickly as possible because with the main perceived threat already defeated (the Germans) and the Italians long since defeated all that was left was these backwards Asians that most people didn't care about.

And aside from public opinion the US was going bankrupt.

Oh, and the Russians were getting ready to throw in their lot.

The nukes were highly justified. Make no bones about it. At the time we had every reason to believe the Japanese had a lot of fight left in them, and actually assaulting mainland Japan would have been a nightmare.

As for the actual subject, welcome to the internet. People are dumb. I'll never understand why people insist on hating a country when they're still more than happy to buy their products. If you've used a cellphone, computer, or just about any tech device in the last 20 years it's got something either made or designed by the Japanese in it.
Click to expand...

It was common knowledge they were close to defeat, they were surrendering in parts and being driven back easily in other parts, the nukes were no in any way justified.

Worse case scenario was that a few more thousand soldiers died (you know, those guys paid to fight and die). Who in their right mind thinks it is justified to kill a few hundred thousand civilians, plus the generations of mutations, cancers and horrific deaths still happening today, to prevent that.

No it wasn't. We nuked them so we wouldn't have to invade the country and drasticly increase the death toll for both sides.

OT: Those people are morons but they have the right to say what they like. It is America after all.
Click to expand...

If you believe what the Yank leaders feed you.
Click to expand...

That is not what the leaders feed me, it is a fact, but with all of this anti America bull that has been going on for the last couple decades and especially now, people believe everything the U.S has done to be wrong no matter how justified it was. 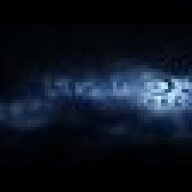 Some points
-These people are retarded, ignore them.
-The nukes were not 'payback' and helped save far more lives than they took. They were the only way to end the war without Japan becoming a barren, bloodsoaked wasteland.
-Stop all this "durr hurr fuck america they deserve an earthquake" shit.
-Yes the situation in Japan is tragic and bad, and these comments are entirely innappriopriate.
-To those who will continue to badmouth america for the nukes, I suggest you google "Rape of Nanking" or "Bataan Death March" and tell me they didn't fucking deserve it.
Click to expand...

"Tell me they didn't fucking deserve it"

Holy shit man. That is the single most ignorant, stupid, retarded fucking comment I have ever read in my life. I can't even formulate an explanation as to what would make you say such a god awful thing. 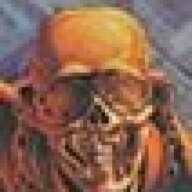