//cdn.themis-media.com/media/global/images/library/deriv/1336/1336537.jpgTwitch has announced that Steam gambling sites are no longer allowed to be streamed.

Earlier this week, Valve made it clear [http://www.escapistmagazine.com/news/view/167931-Valve-Official-Stance-on-Steam-Gambling] that it considered gambling with Steam items to be against the user agreement. As you might expect, that's going to have ramifications, and we're seeing another one as Twitch has now banned users from streaming any content from such sites.

It's not necessarily a rebuttal of these sites, as much as it is a response to Valve's action. Twitch has always forbidden streaming any actions that violate any service agreement with a third party. You can see that in Twitch's official statement [https://blog.twitch.tv/twitch-and-third-party-terms-of-service-and-user-agreements-b9827599e0fc#.306xc2qev] on the matter, which says,

"Valve specifically notes that using 'the OpenID API and making the same web calls as Steam users to run a gambling business is not allowed by our API nor our user agreements'. As a reminder, per Twitch's Terms of Service, broadcasters are not permitted to stream content that breaks the terms of service or user agreements of third-parties. As such, content in which the broadcaster uses or promotes services that violate Valve's stated restrictions is prohibited on Twitch."

In other words, Twitch is lumping these sites in with other practices that violate user agreements; things like playing on unauthorized private servers, playing pirated games, and the like. It's the next step in the fallout from the news that YouTube stars were promoting gambling sites that they owned, but it probably won't be the last.

BTW Twitch is weird to me.
I

Twitch, and some parts of the ol' Tube, too. I'll never get why anyone thought watching someone place bids on a CS:GO gambling site would make for fun entertainment. That goes along with people who broadcast anything between openings of FIFA 15 packs or Overwatch loot boxes.

It just feels so forced. It's content for the sake of... delivering content. There's zero creativity in this. 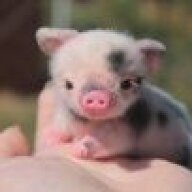 I think it's time we all disclose thing. Come on Escapist users. Let's do this.

I was once given a free can of Pepsi...

Twitch, which became insanely popular with the Twitch Plays Pokemon thing? Yeah, no surprise there either.

Parasondox said:
I think it's time we all disclose thing. Come on Escapist users. Let's do this.

I was once given a free can of Pepsi...

OT: Good. This shit needs to go. The Controversy last week finally put light on this sketch as fuck practice.

Twitch, which became insanely popular with the Twitch Plays Pokemon thing? Yeah, no surprise there either.
Click to expand...