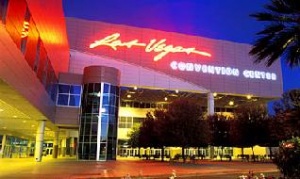 An Ubisoft executive has stated that this year's E3 location and date were "not appropriate" for companies, even if it was more organized.

Ubisoft director Alain Corre is calling for a bigger, earlier Electronic Entertainment Expo. Corre considers July too late in the year for studios, who are likely to announce their fall releases well before the show.

Despite these problems, companies still show for press presence.

"For E3, it's very important to be there, and to present the games, because even though it's much, much smaller than it used to be, still the American media are here, all our competitors, so you need be there, to be ready and to share product," said Corre. "E3 here, mid-July, in the Convention Center in downtown LA - it's not appropriate I would say."

However, there was disappointment when he arrived and found the retail and press showings to be slim.

"There are no retailers at all, from anywhere on the planet - not even the US retailers are there, and there are very few media outlets from outside of the US," he said. "Even the mainstream media from the US aren't there."

His hopes for the ideal E3: large enough to attract attention but not seem audacious.

"What we would like, and we're discussing that, is to have an E3 back in May with a bigger size," he explained. "It shouldn't be at the same level [as 2006] because it was getting too big, it was a funfair, and the cost was too heavy for everybody. It has to be a reasonable size with some reasonable limits as to noise, attendees or whatever, but with a bigger ambition than the one we have this year."

"This year we're happy because the response to our products has been good, people loved it. The press conference went well, so we can't say we're not happy with this E3 after the first day. It's just that it could be even more efficient if it was done in a different way - earlier in the year, and in a bigger way with everybody."