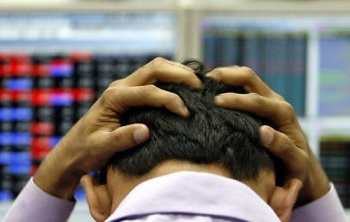 The UK games industry is at risk of falling behind Korea, Canada and China in 2009 due to limited finance and skills shortages, says a new report.

NESTA [http://www.nesta.org.uk/raise-the-game-report]), claims that a lack of global publishers, limited finances and shortage of skills are undermining UK game development, and will contribute to a general decline that will find the UK slipping to fifth in global rankings.

The report emphasizes the creativity and vitality of UK game development, but finds that these "important structural weaknesses" are constraining "the UK's capacity to generate new games ideas and innovative genres". NESTA cites independent studios' reliance on third party licenses as an example of this stifling of innovation. "The revenue flows generated with this business model are insufficient to develop original ideas," the report says.

Furthermore, given the globalized nature of the games industry, the UK is at risk of losing creative talent to countries that offer better environments for innovation. "The situation is worsened by international competition from countries, such as Canada, where developers receive government support," the report says. "Generous subsidies make it increasingly tempting for studios (particularly those owned by publishers) and developers to relocate there."

For developers, the dangers described in NESTA's report are very real.

"The UK must not fall under the false assumption that our games sector is alive and healthy based on the success of one blockbuster video game - namely Grand Auto Theft IV - when behind the gloss the reality is increasingly about studio closures, relocations and workforce downsizing," Eidos [http://www.gamesindustry.biz/articles/uk-to-slip-to-fifth-place-in-global-game-rankings].