Samus continues monologuing her way through a space adventure.

I know right, I thought people were being over zealous when talking about her mono-tone voice. But now I can't believe no one said anything during production. The action sequences and her voice convey complete different moods.... She sounds freaking brainwashed.

Wow. Seriously? You guy's were right. I DOES get worse.

Besides having to agree that the actual voice acting is down-right terrible... could Samus state the obvious any more?!

Terrible stuff... doubt I could sit through an entire game of that.

You could hold a class discussion over all the narrative problems in this game. I have no idea how Moviebob, Neverchris, and my friend chris and his older brother could like this game or how samus is portrayed. The only thing all those people have in common is that they are serious nintendo fans but I don't think that can be a saving grace this time around.

Also good one about the Gordon freeman thing the game probably would have been different if he talked and had terrible or odd dialogue.

Woooww just wow, this game's story is the worst I've seen in years.

I have never played any of the Metroid games. Having seen this set of cutscenes, I feel no urge to do so.

My guess is that the voice actress thought that flat affect == badass detachment. Uh, no. 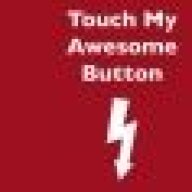 Bloody hell, When they wrote this game, did they imagine "Motherhood" branded on a giant metal bat and imagine beating players over the head with it?

I mean holy shit....Baby is mentioned way over a dozen times in the last video, and she won't stop saying the word "Baby"...it should be a swear word compared to how grating it is on my ears!

I found this hilarious. Other M is an abomination and the commentary was probably the only thing that got me through these cutscenes. Especially loved the Gordon Freeman bit, but I'd picture them giving him a gravelly voice, or have him voiced by Nolan North.

Ah well, at least I know that I didn't miss out by not playing Other M.

I guess Metroid: Other M was Nintendo's way of telling us that Japan's Space Marine (i.e. Samus) is more bad-ass than the typical American Space Marine (i.e. everyone else in this game), simultaneously trying to win points with the girl gamers by making Samus a woman while slapping those same gamers in the face by making her an emotionless dullard who's only getting in the men's way.

Can I go back to playing Space Marine now? At least Titus has a reason for being stoic; he's a warrior monk. I'd rather see him and Lieutenant Mira making googly eyes in some deviantArtist's portfolio than this.

I found this hilarious. Other M is an abomination and the commentary was probably the only thing that got me through these cutscenes. Especially loved the Gordon Freeman bit, but I'd picture them giving him a gravelly voice, or have him voiced by Nolan North.
Click to expand...

Oh man. Considering how much Yahtzee loves Valve and Half-Life/Gordon Freeman and how much he despises Nolan North's voice acting, could you imagine how his reactions to that would be? Hilarious.

OT: What bad writing. It was as if three different games (One about Metroids, one about generic space marines, and one about a mother with daddy issues searching for her lost child) collided into one terrible monstrosity.

I'm just gonna say it. Is Samus an Elcor?

I haven't seen a character so devoid of emotion and personality since Neo.

I didn't think the game (or, more specifically, the non gameplay aspects of the game) could be as bad as everyone said they were. I was wrong. This is horrendous. The VA is terrible but, let's be honest for a moment, the best VA on the planet couldn't make that dialogue sound good.

For shame, Nintendo. For shame.

Good god. Those cutscenes are truly terrible. They were so bad that I wanted to stop the video despite the jokes being great. That's how bad those cutscenes are. I mean, damn. I can hear Samus right now following up this post with "mjc didn't like the cutscenes and was close to turning the video off". Who wrote this crap, and who thought this voice acting was good?! And I thought FemShep sounded like a monotone robot. FemShep sounds normal compared to Samus. Good god.

Also, I really want to see a Metroid game called "Metroid: Anagram for Mother" now, because of how awesome and lazy it'd be.

Wow, when people said how terrible it is, I thought they were exaggerating but I'd probably cut myself before I reached the end of the game. 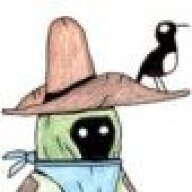 The saddest thing is that this is the intro, this what is supposed to hook you into the game. I would've turned off the game right there.

You just have to wonder how nobody on the team who was making this stood up during the "...and we'll call the ship Bottle-ship" or the "so they need a laser, and then she'll fire a rocket" part of the creative discusion and said "I think this is not that good".
Show hidden low quality content
You must log in or register to reply here.
Share:
Facebook Twitter Reddit Pinterest Tumblr WhatsApp Email Link
Top Bottom