Using bicycles in the United States 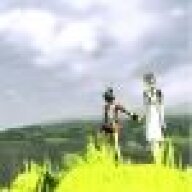 Coming from the Netherlands myself, seeing bicycles all over the place is pretty common for me. In most countries, though, other forms of transportation are often preferred. One might consider this strange, seeing as using a bicycle is very green, keeps the pounds away and doesn't cost you gas money.

I'm currently in a research group at the Delft University of Technology with five other students, and we are researching ways that the United States might adopt a larger presence of bicycles in their traffic, as well as the problems involved with such a switch. As part of that research, we're trying to get a survey out to as many United States residents as possible, to see how actual Americans think about this issue.


If you'd like, you can fill in the survey at the link at the bottom of this post, it would help a lot!

Of course, you can also use this topic to discuss the troubles or benefits of using more bicycles in the United States or your home country. Do you think bicycles should be used more than cars? Would it work? If so, why not? What would need to happen to make it work? I'm very interested in hearing this from people.

(I've asked my girlfriend to try it, she tells me it's brief enough to not be a drag. -.0) 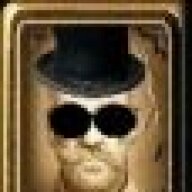 For some people the commute to work is just to far. A bike wouldn't be viewed as "ideal" transportation if you have to travel 10 miles up/down hill to get to work.

The87Italians said:
For some people the commute to work is just to far. A bike wouldn't be viewed as "ideal" transportation if you have to travel 10 miles up/down hill to get to work.
Click to expand...

I do 8 miles, 16 round trip, including a hill I swear blind is more than 35 degrees from flat, and bloody long so you can neither "power up" it or keep your candance (rotation speed). Then again I am only 23 and it's generally faster considering the traffic Cardiff has at some times. Oh and never learned to drive.