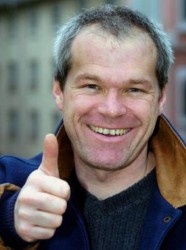 Uwe Boll has issued a statement in response to the four screens fiasco surrounding the release of Postal [http://www.imdb.com/title/tt0486640/], his latest movie.

In contrast to his more customary reaction of beating the crap out of his critics, Boll appears to be taking the situation philosophically. In a message on the front page of the official Postal: The Movie [http://www.postal-the-movie.com/index.htm] website, Boll wrote, "It's okay, it's fun kicking a guy nonstop who is on the ground."

He maintained his position that the widespread refusal to screen the movie in the U.S. is the result of its hard and uncompromising look at the truth of the current American political landscape. "Postal shows the big picture," he wrote. "It nails the absurd political situation with all the stupid religions, races and nations we are living in. Postal is not accepting bullshit politics. Postal has not the opinion that Bush made mistakes - Postal has the opinion that it is a scandal that Bush is not in jail. What happened in America in the last seven years is the biggest joke since Columbus stepped on that land."

"But instead of seeing the courage I had in doing that movie against everybody who tried to stop me, you are sitting on your desks and you are working on stories about me, and my image as the worst director on Earth," he continued. "How many times you wanna keep going in movies only because the trailer was so cool and the CGI was so great?"

Boll is infamous among gamers for his atrocious adaptations of videogames to movies, including Stride Gum campaign [http://www.imdb.com/title/tt0369226/] that offered free gum to everyone who signed a petition asking him to retire from movie-making.

Postal: The Movie, which Boll expected to open on 1500 screens across the U.S., was instead shown on only four [http://www.escapistmagazine.com/news/view/83905] following the collapse of his distribution deal.

This is getting sad, I would let him show it just out of sympathy. 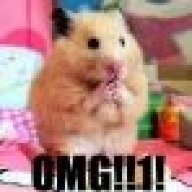 That is a pretty damn raw deal for the bugger. Personally I don't like the Game to Movie/Movie to Game genre as a whole. Every single game movie I have seen is crap, with the exception of Resident Evil. Seeing Mila Jovovich naked makes up for the writing and directing. Yeah, I am a sad lil' puppy.

I think Uwe should focus on non-game movies. Let his creative juices flow in other directions. Game Movies is just a piss poor genre to begin with. Let games be games, let movies be movies. The fact that some of the games he has made movies out of have been crap to begin with doesn't help to much. Producing something that is marginally watchable out of the crapfest that is Dungeon Siege definitely requires skill.
P

silent hill was a pretty good game to film conversion, i thought.

Okay, This madness has to stop. Uwe Boll is THE worst director of all times. Period. He is not the worst because he makes such shitty movies, but because he is so goddamn sure he is the king of the hill, and he'll die before he admits his fault in ANYTHING. That's why everybody thinks game->movie films suck, because they saw one Boll joke-of-a-movie, and as they say: you see one, you saw them all. Pathetic.

The bigger problem: He is freakin famous! Negative is fame is fame too, and he gets plenty of that. No wonder he is so full of himself, he is almost as known as Spielberg fo Gods sake! And people DO go watch his movies, just to see how bad they are... He will continue to make these lousy, detrimented shitflicks, just to piss us all off, and get some more fame... Can't we just ignore the hell outta the guy?
M

Still, I honestly think that his movies are so infamous that I would personally finance a campaign to get Postal re-distributed worldwide. If half a million people (and counting) are willing to protest his efforts so much that they're going to sign a petition, then surely they'll go see his next effort at creating a straw man and burn it down to the ground, right? If anything, this provides a bigger cash-in opportunity than the next Indiania Jones movie itself. Besides, that face could melt butter!
P

you can't ignore the hell out of something, it doesn't work that way.

Uwe, have you ever stopped to consider if 99.99% of everyone thinks the movies you make are awful, maybe, just maybe, its true? Apparently there is some bozo in the german government who is retarded enough to keep giving this guy money, but few other people are.

Melaisis said:
If anything, this provides a bigger cash-in opportunity than the next Indiania Jones movie itself.
Click to expand...

Oh, BTW, what did that pasquinelli guy just say? I didn't quite catch that... 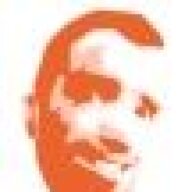 Melaisis said:
that face could melt butter!
Click to expand...

that face needs to brush its teeth

if he is such an imfamous flaming sack of rhinocerus shit, why do people keep selling him the rights to make the movies??? he makes such horrible movies as previously stated and is still genuinly suprised to have it only show on 4 screens? bah! his head is so far up his rectum he is still tasting last months bacon (refering back to the brush his teeth bit).he has the rights to far cry too, and alot of other games and he sure as hell intends on making them.
M

the monopoly guy said:
why do people keep selling him the rights to make the movies???
Click to expand...

Money, primarily. For instance, the Dungeon Siege series has been rather inactive for some time now, and it is a great way for publishers who own the rights to a reasonably dead franchise to milk that corpse for all it is worth; heavily-subsided German film-makers often provide a great way to do this. Besides, Uwe Boll was relatively unheard of until recently (when such scandal around his movies and awful PR finally began to be recognised); unless game designers take the option to sit around and research an eccentric producer's previous work when he's flashing cash in their face, chances are that they'll just sell up without second thought.

house of the dead?! my god that game has horrible enough acting as it is (still a good game tho) let alone what uwe boll is gonna do to it!

Dear god...okay, yes, American foreign (and otherwise) policy has gotten pretty stupid of late. Yes it is worthy of being mocked. But Uwe Boll is not some cutting edge progressive hero for stating it. You are not unique, nor special, nor courageous for saying that Bush should be in jail. If you think that (however deservedly) mocking the Shrub is anything except cliche, then I'm pretty sure you haven't been on the internet, much less discussed politics with anyone except around 20% of America. Yes, the vast majority of Americans don't like the man, and most of the ones I talk to think jail would be appropriate too. Saying Bush should be in jail...seriously, its not a maverick thing to say if you can get T Shirts that advocate it. What matters is the quality of the satire, the insightfulness of your content. And I would bet dollars to doughnuts, considering the mans Filmography, that the content is insipid.

Uwe Boll: Your not a Swift. Your not a Colbert of Stewert. Hell, your not even a Michael Moore or Al Gore. You are oversensitive prick who specializes in making horrible movies that are disastrous failures, and exploit German tax laws for writing off intellectual properties. Everything you have done as a filmmaker has failed. Chances are, everything you are trying to say in this movie has been said more eloquently by some random guy in Boise, Idaho with a bit of disposable income and access to CafePress. Even if this movie was great, no ones going to want to play it, because only the uninformed and those who want to see a train wreck are going to go to see it. And after watching Alone in the Dark, I feel safe saying that it is probably not good.

Its proberally worthwhile to understand how this guy is still making movies. Wikipedia has a good article (http://en.wikipedia.org/wiki/Uwe_Boll), this part particularly insightful...

"Boll is able to acquire funding thanks to German tax laws that reward investments in film. The law allows investors in German-owned films to write off 100% of their investment as a tax deduction; it also allows them to invest borrowed money and write off any fees associated with the loan. The investor is then only required to pay taxes on the profits made by the movie; if the movie loses money, the investor gets a tax writeoff.

While Boll has received a lot of negative publicity regarding this funding method,[7] he was actually one of the few directors to use the tax shelter as intended. His films were financed, produced, and directed by a German company, which was the initial intention behind the tax shelter: to provide incentive for investment in German entertainment properties."

So basically, he gets huge tax refunds for all his movie, and he gets even more if his movie lose money. There is no better system for a person with better business sense, and terrible at making a successful movie. Its sheer exploitation of German tax money. I admit is clever, but in a rather reprehensible kind of way. I will grant him that hes a pretty good con-man

Many of his self-centered comments in that article are also good reading if you need more reasons to dislike him.
D