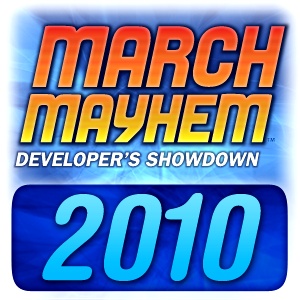 In what can be considered one of the greatest match-ups in March Mayhem history, Valve and BioWare collided and The Escapist shook but after the air settled, Valve has come away victorious.

Valve's journey to win this year's March Mayhem: Developer's Showdown title was not easy. In Round 5, Valve was pit against the social media game developer Zynga, who had already taken out NCsoft, Infinity Ward, Rockstar North and Square Enix. This match-up lead to the most votes in any March Mayhem poll, totaling over 48,000 combined votes. Fans from different development communities around the world came in support of Valve to suppress the support of 85 million Zynga Facebook fans.

At the end of the day, Valve brought Zynga down and moved into the Final Showdown, only to meet another community favorite, BioWare. BioWare had just recently knocked out the gaming juggernaut of Blizzard in yet another really close March Mayhem Field of Four match-up. Needless to say, the stage was set for an amazing Final Showdown between two beloved developers.

BioWare and Valve's communities went back and forth for 3 days, each leading for a short period of time before having the lead taken away from them. In the end, BioWare was only defeated by 159 votes, which ended up being .6% of the overall vote total. The competitive respect was obvious as congratulations from both sides of community were heard on our forums.

Thank you to everyone who participated in this year's March Mayhem: Developer's Showdown and for the new communities members, we hope you stick around and enjoy everything The Escapist has to offer. A special thank you to Gunnar Optiks [http://www.astrogaming.com/?cvosrc=escapist.mm10.astrologo] as our prize sponsors. The winners will be contacted over the next week and will be announced shortly after that.

For a final look at the brackets, please the March Mayhem forums [http://www.escapistmagazine.com/global/tournaments/standings/2-2010-March-Mayhem-Developers-Showdown].

WHOO! Im pumped. I hope they have a valve steam sale now like when Gordon was named best person of all time ever. I would like me some L4D at 50.2% off please

Whoo! I'm not a big fan of Valve. But I'm glad we all conquered Zynga.

And I can see why others are big fans. Especially why PC gamers love Valve.

I still voted Bioware, despite them dumbing down the game mechanics for Mass Effect 2. But they kept gameplay in Dragon Age deep.

Oh, and post "Still Alive" and you'll feel my wrath.
B

I was rooting for BioWare, but nice job Valve!

I think we can all be thankful that Zynga didn't end up winning the whole thing...
R

But valve released an entire games worth of content as DLC for free in their games. Best community support out there.

Oh well, at least it could've been worse.

Like Zynga winning. I'd lose hope in all of humanity if that happened.

Finally a deserving winner of MM, though I would've been happy either way. 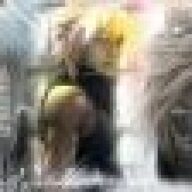 It was a damn close run in at the end, Bioware pulled it back from a couple of thousand down at one point, and there was only about .3% in it.

I think it was inevitable that Valve won, after creating Half Life, L4D, Portal and ALL of our other favorites. However, I did vote for Bioware, myself. 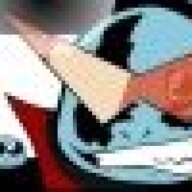 Bioware may have lost, but at least Zynga didn't win. I wish Bioware had won, but Valve is a great developer, and they deserve it.
B

better than the entire game of mass effect 2? for that matter, why are they futzing around with DLC when they could be working on the next half life? what's with that?

How the hell did you all get above the news post?

I am happy that the developer I voted for won.

Well, if Bioware had to lose I'm glad it was to Valve and not Zynga. While I stand by my opinion that Mass Effect 2 & Dragon Age > Left 4 Dead 2 (you know, if you took into account what they did in the last year like you were supposed to), I can think of worse things happening.

Woo! Way to go Valve! I voted for you every step of the way. Now, please, let's not do this again next year...

OT: Yay Valve won. I can have a new counter strike now?

YES Valve! Have a feeling my personal bracket came down to Bethesda and Valve but, pretty sure I had Bethesda marked as the winner. Not because I thought they would, but because >>I<< wanted them to win. I'm very happy for Valve to take the prize though.

Grats Valve, you definitely earned it this year

xD The actual news post is 19 posts down! Or is it my Dodgy internet?