In bringing Catan to the Surface, Vectorform is forging a new genre: the digital boardgame.

Wanted one since I thought about how awesome D&D would be on it (that was my first thought on hearing of the Surface, I didn't know people were working on it.)

As soon as the original 1990s FASA version of Crimson Skies is available on the Surface, I'll buy one*


*This is an outright lie. As cool as that would be, I can't spend that kind of money.

That sounds great. I love Board games and always wanted to get into them more but they are quite messy and clumsy to set up and such whereas this seems to remove all the bad points and keep the good points. However the cost will no doubt be skyhigh.

You can buy Surface? News to me!

I want that! Nao! Thats epic!

When Surface eventually does reach home consumers, even if it's five years from now, Settlers of Catan will already be available for it, and therefore one of the first apps people purchase. Very forward-thinking to implement a game this early on. 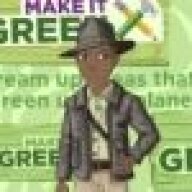 Next logic step: Google Desktop (now with facial recognition!)- now indexes everything you set near the surface
I'm sure there's some serious practical uses for this, but I'm thinking is:
"I definitely need one for one of those serious practical uses... Also, does it come preloaded with games or can I order them online?"

Combine Microsoft Surface with Augmented Reality and Geeks of the world might never leave the house. (Yeah, I mean we'd cancel that annual 'See the Sun' event and catch it on Youtube.)
E

I could see this being relevant in the future. You know, when the average person can afford one and not be called a gadget whore.

Yay! Something else gets featured on Surface! Nice to see the idea is finally getting spread out. Hopefully Microsoft is taking notes on what to do with Surface 2.0 from all this as well. Though to be honest, if you got a large handful of physical cards, that is even as difficult to get what you want out of the hand. I remember coming away with cramps in my hands from games with lots of cards to collect.
I'd love to see Axis and Allies get applied to this as well as other good ol' Avalon Hill games.

Did you get wood for sheep?

Interesting. But how does it compare to the Smart Table?

Which is basically the same thing, but from an established interactive whiteboard manufacturer, leveraging a variant of their existing IR-based back projection / screen overlay tech... which ordinarily wouldn't be the best, but they've somehow turbocharged it to do 128-point multitouch recognition.

And built it tough as it's meant to be going into elementary school classrooms, not staid, low-impact meeting rooms.

Oh and if it costs HALF that $12000-some then I'd be surprised. A consumer grade data projector, a trick short throw lens, mirror, translucent plastic tabletop, and the sensor array itself (which if bought to fit onto a generic LCD TV, is in the low $1000's). Oh yeah, and a sturdy, wheeled, solid-sided but hollow table to mount it all to.

Do hope that Settlers is available for THAT as well (if Surface is windows based, then why not?), because it'd be just the thing for a youngsters classroom if the teacher can come up with suitable activities. Plus one of the tutors at my work has splashed the cash to get one in, and I'd like to learn how to play

(No, I'm not trying to shill for Smart here - for a start, I haven't got my own name on here so it's pointless, I won't get any kickbacks - but have you any idea the kind of ass kicking wall-mount, multitouch IWB I could get for that money? Or in fact, more likely, what PAIR of them I could get? MS Surface AND Smart Table are basically the same thing, or more accurately the self contained, back projection mobile types which we're busily junking as fast as we can because they're yesterday's news ... but turned on their backs. Woo. I can see it would be impressive to someone who's never experienced this sort of thing before, but... well, it's my job. I know how it works. It's pretty much standard classroom teaching-tech nowadays, and you can tell a cash-strapped school by how they DON'T have one in every room. It ceased being a wonder some time ago, and whilst I still think both the wallmounts and tables are pretty cool things, they are really just variants of each other. And the stuff we're chucking away is like 6-7 years old and wasn't that expensive to start with.)

The_root_of_all_evil said:
Did you get wood for sheep?

Dammit! I came to this thread SPECIFICALLY to post that!!

Greg Tito has ore, but needs bricks. Any takers?
Click to expand...

Sure. I'm usually getting it the other way around.

(Lesson one of Catan: Say which resource you have for trade, else you'll say "trade wood for bricks" and wind up swapping bricks for bricks or something.)

Catan is best played on a board with other people in the room, but if the board in question is Microsoft Surface, that's just awesome. All the ease and convenience of a computer game, all the social interaction of a real board game.

I have to admit, Catan games need to be released more for the PC.

12K?! You make me very sad, sir. They need to release something like this as a board-gaming console. Like you could pay for board games and download them directly to it. Might help out that industry a bit, as it's sure to be struggling now. 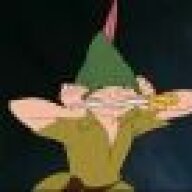 I can imagine why anyone would creat such an adaptation. But the removal of setting up the game and putting it back in the box is not a real selling point to me*.
The only real selling point is that you save on room by not needing ridiculous large boxes (1/8 of my boardgame/cardgame is Catan products), but then again; you need a place to store the Surface somewhere.
And the great thing about physical games is that you can take them on vacations. I played Catan in at least six countries. And I like to build little forts from the houses and roads when it's someone else's turn. It's awesome.
Well, anyway ,my point is: it's nifty but unnecessary.


* Not for Catan, anyway. For games with more game pieces like Arkham Horror it'd be a valid point.

LunarTick said:
Well, anyway ,my point is: it's nifty but unnecessary.
Click to expand...

Isn't that the point of all gimmicks and techdemos?