Videogame characters that you disliked initially, but warmed up to later 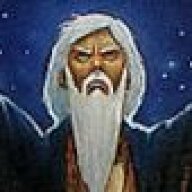 Lautrec from Dark Souls, admittedly it wasn't "initially" so much as when he does that one thing. But as time and the game went on it occurred to me. Considering the world he lived in, he was positively charming.

Alright, he was no Solaire, but he was honest, didn't try to kill you in your sleep, offered advice for a price, and his one "bad" act is the sort of thing most players may do anyway. He was as good a product as someone of that world could be, with some freak exceptions.

Alright, I didn't start praising his name, but warm up to? Certainly. 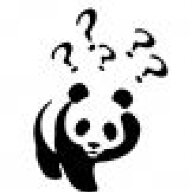 Hell Yeah for Kreia- not that I hated her all that much initially, but at the end, when you piece together all the little snippets of info you've been handed throughout the game without realising it, she went from a character I was ambivalent towards to one of my all time favourite characters in fiction, period. And quite possibly the only character I've ever personally seen in fiction to be truly above Black/White mentality- not grey mentality, but truly above it, in the way people generally are in real life.


OT: Handsome Jack. Hated him, then warmed up to him immensely, then went back to hating him again near the end game, but loving to do so. Gearbox knocked it out of the park when they set out to make a villain who would do just that. 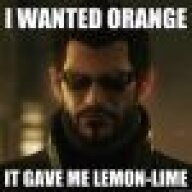 James Vega in ME3. His appearance instantly makes you hate him, and secondguessing all your decisions in the first 30 minutes doesn't help. But if you get to talk to him, he's got a decent personality, his banter with Cortez is pretty good, and him getting Ashley drunk is the best thing ever.
W

hell yeah, she gets some really bad ass sense in the game.

OT: Raiden from metal gear solid 2. i every body had hatted him even years after the game relesed, even all my freinds. so when i got into the game i was expecting to dislike him, and i did to begin with, he was anoying but as the game wnet on i stared to like him, had a different take on the events than snake did and he had a interesting, if a little nonsensical, back story.
T

Karol Capel from Tales of Vesperia. I hate kid party members and his character design didnt help, but he was actually pretty convincing and proved himself later in the game

Also, Piers from Resident Evil 6 who I thought was going to be a generic soldier when I'd much rather have Sheva, Jill, Claire, etc. But yet again by the end, most notably the final boss he really won me over.

Jaheira from Baldur's Gate 1&2, aka the haughtiest shrew you ever encountered...except after playing for a while, it became apparent that she had something resembling a soul. And the start of BG2...oh man.

Emil Castagnier from Tales of Symphonia: Dawn of the New World.
For what seems like the first twenty hours of the game he was ineffectual, boring, and a pansy. Basically everything that made Lloyd Irving a great character in the first game he lacked, and it showed through often.
However, somewhere along the line he became a pretty cool dude.
Not to mention a hell of an actor. 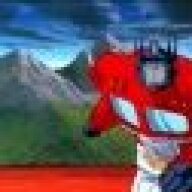 Rita from Tales of Vesperia. I really enjoy her now because I see how she fits in, and I see her positive attributes aside from her genius.

Like a lot of people, I was on board the James Vega hate train well before the lead up to Mass Effect 3, but then I actually played it and saw that he was just a dim but loveable nice guy with lots of funny banter and some hidden depths. Plus his voice actor was clearly enjoying himself so much you couldn't dislike him. In many ways it reminded me of David Tennant's Doctor.

Also, Roman from GTAIV. He has this reputation for being annoying and a bit of a millstone, but he had a good character arc and some great chemistry with Niko. I thank god I got the ending where he didn't die, because that would have broken my ickle heart if he did. Plus, no more free cab rides would suck.

Speaking of which, can we talk about characters we really hate? Because I can't be the only one who used that cab service just so I could introduce that fucking bitchy cab driver to my good friend, Mr Rocket Propelled Grenade.

For me it was Morrigan from Dragon Age, Miranda and Jack from ME2 and Zeke Dunbar from inFAMOUS.

They all started out with poor attitudes and then grew into such great characters it's hard to dislike them now (well, for me it is) 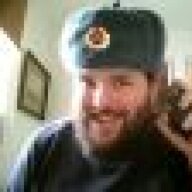 
I freaking hated this kid for most of the game. His constant screw ups and cowardice made me truly despise him. But then, at the end of episode 4, when he begs you to drop him... I dunno. Something about that scene. Maybe it was the voice acting, maybe it was the writing, maybe it was the animations or set piece in general... maybe a combination of all... but it really changed my opinion of the character. I no longer felt anger toward him, I just felt bad for him - especially after his outburst at Kenny regarding his parents. Though Clementine was always the character I was most focused on protecting, I started wanting to help Ben sort his life out too. I was legitimately upset when I simultaneously lost both Kenny and Ben right as they were starting to reconcile. It was probably the lowest point for me personally in the game prior to the ending.
Click to expand...

this, right here... hated Ben so damned much, considered leaving his ass until Clementine spoke up for him in the school

Adam Jenson. The voice really did not agree with me at first, like a cross between Neo and Nolan's Batman. But playing through the game, getting a feel for the character and experiencing a wider range of emotions, and thus different voice work than gitty moping, really made me take a shine to him.

The Let's Play of the game which has them talking to the VA himself certainly helped too. 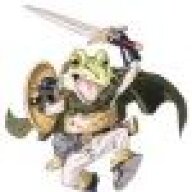 Also Robo from Chrono Trigger. I can't remember why I hated him at first, but I quickly turned around on him.

Liara from the Mass Effect series. In the first game I really disliked her as just this vapid wimpy thing who's entire purpose in the game seemed to be the wide eyed blue alien chick Shepard gets to do it with (Should you choose.). I don't like simpering characters, I didn't like Aerie in Baldur's Gate either to give another example and I certainly didn't like Liara.

Still I kept hearing good things about the Shadow Broker DLC for Mass Effect 2, finally ended up getting it and after playing that DLC I was finally sold on Liara as a character. She still wasn't my favourite, indeed she still isn't, but between Shadow Broker and parts of ME3 I started to enjoy her as a character. 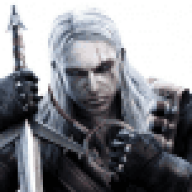 Warning: Could be mild Witcher 2 spoilers.

King Henselt, in The Witcher 2. At first, I just thought he was a boring asshole, but as I played through Roche's path and came to know and understand him, I realised how strong a king he was and how he is really the Norths' only chance at standing against Nilfgaard. He is a tough, hard, ruthless warrior king, and that is exactly the kind of person who wins wars. I also really enjoyed how the actor played him. As such, besides Geralt, he is probably my favourite character in The Witcher games. I hope we see more of him in the third game, or at least hear about his exploits in the ensuing war. 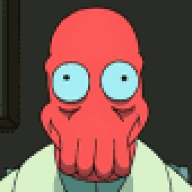 Ashley from RE4. I should mentioned that after warming up her mid way through the game, by the end cutscene I wanted to throw her in the ocean. Can't remember why. 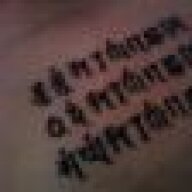 Yep. Agreed. Also, just about the entire cast of Binary Domain. I fucking hated all of them at first, but they grew on me pretty quickly. I'm sure there are plenty of others, but I cannot think of them now.

Yep. Agreed. Also, just about the entire cast of Binary Domain. I fucking hated all of them at first, but they grew on me pretty quickly. I'm sure there are plenty of others, but I cannot think of them now.
Click to expand...

Seconded, they did a damn good job on giving those stereotypes some deep and personality, that`s what i really liked in Binary Domain. Even the Cole Train rip off called Boateng turned out to be better than the original (ok, i`m talking about GOW here and it`s not really special to beat those boring grunts). The characters and the story are the reason i would call Binary Domain one of the most underrated games in 2012 (+ fun bossfights). 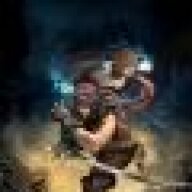 It's already been said but DmC Dante he was an annoying pompous ass in the first few missions but eventually he grew on me mainly through his interactions with Kat which I honestly thought was well developed.
Luke from Tales of the Abyss I consider his story arc to be one of the best examples of character development done right especially in a JRPG. 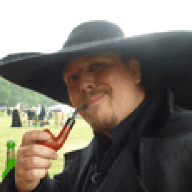 Naw, still hate that woman with all my heart...

Anyway, Mass Effect 2 had a couple of these. Miranda Lawson, for example; half an hour into the game I was ready to kick her out the airlock if she said "Illusive Man" one more time. It took the first few conversations and a loyalty mission to warm up to her.

Second, Thane Krios. In fact, it wasn't before the sequel that I came to respect him, since at that point his incessant whining faded in favour of badassery and one of the most touching scenes in the game.

Then there was Grunt. I didn't really dislike him, but Wrex he was not. I listened to his conversation and did his loyalty mission, but I never really came to care about the character until ME3.
Show hidden low quality content
You must log in or register to reply here.
Share:
Facebook Twitter Reddit Pinterest Tumblr WhatsApp Email Link
Top Bottom