​
In an interesting sort of reverse-crossover, a character created specifically for the TNA [http://www.tnagame.com/us/] professional wrestling promotion.

Suicide is the central character of the game's story mode, but unlike the other wrestlers featured in the game he didn't actually exist in meatspace - he was created by www.whoissuicide.com [http://www.midway.com/], the character made his real-world debut at the Final Resolution pay-per-view event earlier in December.

And while it may not make a hell of a lot of sense to the "wrestling is real" crowd, TNA is making no bones about Suicide's origins as a videogame character, either. "We want to be innovators in the industry," said TNA co-founder and former World Heavyweight Champion Jeff Jarrett in a promotional video posted on Destructoid [http://www.destructoid.com/tna-impact-video-proves-that-videogame-to-television-crossover-can-work-115210.phtml]. "Midway absolutely took the ball and scored a touchdown with it. They've really taken our creative process and made it come to life in a videogame."

"It's sort of standard to take the wrestlers and put them into videogame mode, but what we've done is take a videogame character - Suicide - and we are turning him into a wrestler," he continued.

"The guys at TNA loved the name Suicide so we ran with that [and] built the character around the name" added Midway San Diego Studio Head Scot Lane. "He fit perfectly into the story, the costume just kind of came from there and it all worked together."

Jarrett claimed that this videogame-to-reality crossover is the first of its type, and for videogames at least he may be right, but this isn't the first time professional wrestling has brought a character from other forms of fiction into its own. In the late 80s, No Holds Barred [http://www.wwe.com/] which featured the wrestling icon facing down a monster heel known as Zeus; following the release of the film, Zeus turned up as a real wrestler and extended his movie feud with Hogan in "real" WWE matches. But TNA has to be hoping for more success with Suicide than WWE achieved with Zeus: The character lasted less than six months in the promotion before being dropped entirely.

I believe the wrestler under the mask in known by TNA viewers as Kaz. Unfortunately he just suffered a torn biceps this past week and will be out for sometime, however, being a masked character newly debuting, they can easily put someone else in there in the meantime.

Not sure if Kaz will return to the roll after he returns or what they plan on doing now that he's injured. 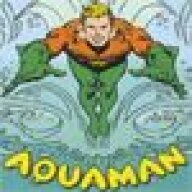 WWE had a character called Gangrel who was from Vampire Masquerade. Doesn't that count?