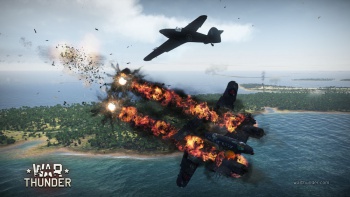 War Thunder [http://warthunder.com/] is a delightfully fun little free-to-play indie title, in which two teams of World War 2-era fighter planes duke it out in the skies. Originally starting out on the PC, it has since spread to the PS4 in Europe, with a North American release TBA. But don't expect it to come to the Xbox One any time soon, as Gaijin Entertainment CEO Anton Yudintsev explains it won't be on Microsoft's console until the company allows cross-platform play.

"Microsoft is not allowing cross-play completely; which means [War Thunder] cannot be on Xbox One," Yudintsev told GameSpot [http://www.gamespot.com/articles/microsoft-won-t-allow-xbox-one-pc-cross-platform-play-says-war-thunder-dev/1100-6418587/] at GDC last week in San Francisco. Cross-platform play is vital for a game like War Thunder because the install base of new consoles like the Xbox One and PS4 is too small for players to have an enjoyable experience, Yudintsev said.

Aside from this, Yudintsev said his company sided with Sony because the PS4 is just so much more accommodating to indie, and free-to-play titles. "Microsoft has a lot of unspoken limitations like if you want to make a free-to-play game you have to talk to an account manager and there are no set of rules; you need to communicate them; and the rule depends on the [individual account manager]. If he likes your game you get approval, if he doesn't you don't get approval."

Yudintsev claims that Microsoft's big display of courting indies is all just for show, as the PC will still remain the king of emerging indie titles. "There's no way, I am pretty sure, that Microsoft would ever approve [an indie game] to be on Xbox Live Arcade before it became popular on the PC," he said.

But, he does have a little hope for the company, saying that "[Microsoft] has to change and they will change. They key is that they understand the necessity of change, so they will."

I'd also love to see more cross platform games, I really would. Sadly it seems like very few companies actually think it's a good idea.

This is a refreshing piece of news. Cross-platform is good for everyone. I just hope the developer sticks to their word.

Cross-platform is a brilliant concept, and Microsoft is really missing out.

Yes Microsoft, don't allow good games on your new platform, because you don't really need to expand your small pool of games, do you? Especially one that's trying to give your players a playerbase larger than your relatively pitiful installbase.

This is oneof the most enjoyable games I've played on PS4. It's incredibly exiting getting on a streak with a damaged plane. Xbox would be missing out if they didn't get this.

Sony may not particularly care at the moment (or ever really) since they don't have any exclusive multiplayer juggernauts, but Microsoft would basically be throwing away some console sales that Titanfall and Halo earn them.

Of course I don't think War Thunder is any kind of system seller so maybe they'll coming around on this particular game. Phil Spencer had some positive things to say about cross-platform play back in October after all.


Steven Bogos said:
"There's no way, I am pretty sure, that Microsoft would ever approve [an indie game] to be on Xbox Live Arcade before it became popular on the PC," he said.
Click to expand...

This isn't true at all, there's plenty of Xbox One exclusive and simultaneous release indie games coming out in the near future.

Wow, Microsoft doesn't know how to stop shooting themselves in the foot, do they?

Eldritch Warlord seems to be the only one here that is putting this piece of news in actual context, Microsoft did pioneer cross-platform and there are also quite a nice amount of indie games on Microsoft's platforms.

Its sad that it probably wont release on the Xbox but please, dont just jump on the bandwaggon that all Microsoft does is terrible using sarcasm and passive agressive arguments. 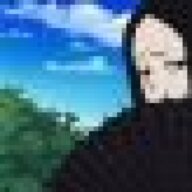 josemlopes said:
Its sad that it probably wont release on the Xbox but please, dont just jump on the bandwaggon that all Microsoft does is terrible using sarcasm and passive agressive arguments.
Click to expand...

Uhh Microsoft doesn't help itself any by preventing proven to be very popular games from getting onto their console. Get over it and accept that criticism of Microsoft is based on facts.
S

microsoft does not allow cross platforms for a reason. it has been tried before. it does not work. Pc players slaughter console players every single match. The only way to even the battlefield for console players is to play console only servers.
Show hidden low quality content
You must log in or register to reply here.
Share:
Facebook Twitter Reddit Pinterest Tumblr WhatsApp Email Link
Top Bottom