Was it prudent of Jennifer Lawrence to take pictures of herself nude in the first place? Y/N? 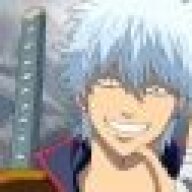 vIRL Nightmare said:
Dumb enough to take naked photos of themselves at all

Why anyone is stupid enough to have naked photos of themselves in the first place
Click to expand...

Twice in your rant you refer to the victims of a crime as dumb and stupid for expressing their own sexuality and storing their private belongings in a protected server akin to a safe -- that was sadly broken into. Your only argument to support your claim that these victims (and myself, as I indeed have naked pictures of myself) are idiots, is... they could be stolen and that would be bad. Let me debunk your entire argument here with a simple hypothetical scenario:

An indie dev is working on their first major video game. They are almost ready to put it up for the Greenlight community on Steam. They have enjoyed making video games for many years and doing so brings them great joy. Then, without provocation, their servers are broken into and their content stolen. The thief sees this game in progress and decides to release it to the public as their own game. They are first to market and despite the small legal effort the indie developer can muster, the damage is done, the game is in the public eye and their big break is a big bust.

What you have here is the victim of a crime suffering a major loss thanks to a thief deciding the contents of their servers were up for grabs. If the indie dev hadn't stored their game on a server - or indeed stored it at all - there'd be nothing to steal. Having something stored and saved that could harm them greatly - as you put it - has ultimately resulted in irreversible damage. Using your own logic, it's clear no one should ever store any form of work.

Yes, that is absurd and I know full well you will think the same. But that's what your logic dictates. This is what is called reductio ad absurdum - taking the logic of an argument to a different extreme to demonstrate its absurdity. You think nudes are bad and have constructed this argument to suit that belief, but using the method just explained, I have shown you why it doesn't hold any water.
Click to expand...

Fair enough, however the context needs to be changed when applying my point to something else. Perhaps only I think this way but it seems to me that there is an extreme lapse in judgement to take nudes of yourself. It is not an extreme lapse injudgement to try and make an indie game. Perhaps to correct my issue with this whole situation my problem is with what seems to be poor judgement without considering future ramifications, my line of think is in terms of like driving drunk, aggravating dangerous animals, lighting houses on fire things that seem like obvious don't do's and I personally feel having nude photos of yourself falls in that list because of how unsecure things really are. It sucks her privacy was invaded in that way and to say I have no sympathy on the situation wouldn't be accurate. I do however think that she, and everyone else who had their privacy invaded like that let's not forget there are several celebrities currently affected by this are probably having that moment where they're thinking, "Why did I take those nudes". I don't think they deserve to feel that way or to have their privacy invaded, god no I believe it is wrong to do anything harmful to any person undeserving of it but the things is it did happen to them and that they made the decision to have those photos when we all should know how unsecure most things are in the following events of heartbleed and the current situations with supposed unknown cell towers made the situation worse. It's easy to say that I'm saying that having things makes you bad, but that is the furthest thing from my intentions or meaning. What I'm saying is even if it is something silly like posting a bunch of images of your home you, me we, all of us needs to stop and think if what we're doing could negatively impact us and whether or not we're ok with that risk, and naked pictures of yourself should be on that list.

I get applying logic to different situations to make a point, but the context and meaning should remain the same as well, or if my point be unclear as I admittedly ranted in a difficult to follow manner point out my apparently flawed logic. Without the same context and meaning I could effectively change the intent of the message. 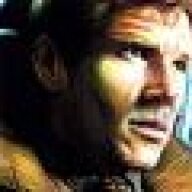 I haven't been keeping up with this whole thing, so disregard this if it's really wrong.

Nothing wrong with taking pictures of yourself naked. Nobody's an idiot for doing that. However, if you put the pictures on something with internet/cloud access, especially when you're a celebrity, then you're an idiot. People get hacked all the time, celebrity photos get leaked, the sky is blue. Keep that shit offline somewhere or secure your PC properly.

So to make it clear
Was taking her own nude pictures dumb?
Yes.
Did she deserved them being leaked?
No.


P.S. And seriously people, stop overreacting to nude pictures. Surprise, there isn't void under our clothes.

Archer666 said:
I haven't been keeping up with this whole thing, so disregard this if it's really wrong.

Nothing wrong with taking pictures of yourself naked. Nobody's an idiot for doing that. However, if you put the pictures on something with internet/cloud access, especially when you're a celebrity, then you're an idiot. People get hacked all the time, celebrity photos get leaked, the sky is blue. Keep that shit offline somewhere or secure your PC properly.
Click to expand...

You just called someone an idiot for storing their content on a password protected server that was broken into. I checked your profile and it seems you have purchased many games from Steam. That means you have punched your financial information into the computer and via the internet this information has been sent to the Steam servers. But it's only idiotic when anyone but you does it, right?
Click to expand...

And even if you were right, of course that'd make me an idiot. I'm not above making bad decisions. But it doesn't make storing incriminating pictures on a cloud based service any less idiotic.

Archer666 said:
But it doesn't make storing incriminating pictures on a cloud based service any less idiotic.
Click to expand...


Really? Being nude is a crime, now?

You people. I don't even understand.
Click to expand...

Wrong choice of words, sorry. English is not my first language. Should have just said "Storing pictures of yourself nude". My bad.

Millions of people trust Amazon and Steam and a thousand other companies with their financial and personal information that could be used for fraud, identity theft or just plain stealing. Big companies do get hacked and lose their customers' personal data. Sony did back in 2011 and they were fined for it. People still trust them with that data today. http://www.bbc.co.uk/news/technology-21160818

Jennifer Lawrence and the other celebrities hacked are no different than the victims of most over cyber crimes, they expected privacy and it was invaded. Blame the hacker, definitely. Blame Apple for not having decent security, sure. But we don't blame people for being naive to the lengths some sad freak will go to invade their personal life on technology most people don't really understand.

Here is the question, a simple one, for everyone in this thread.

Can you distinguish between blaming the victim, exploring causes which does include scrutinizing victims actions and tracking victim's action in search of weak spots for possible future prevention?

carnex said:
Here is the question, a simple one, for everyone in this thread.

Can you distinguish between blaming the victim, exploring causes which does include scrutinizing victims actions and tracking victim's action in search of weak spots for possible future prevention?
Click to expand...

You worded that very confusingly.

Can you distinguish between blaming the victim, and exploring causes which does include scrutinizing victims actions and tracking victim's action in search of weak spots for possible future prevention?
Click to expand...

Can you distinguish between blaming the victim, exploring causes which does include scrutinizing victims actions, and tracking victim's action in search of weak spots for possible future prevention?
Click to expand...

To me they are very clear. What might confuse it is that all three involve picking apart everything that led to event, including victim's action. What is different is what you do with the data you gather. Which, frankly, depends partly on what you find. But

And I'm all about the third. Empathy for the victim is nice and heartwarming but it fixes exactly jack shit.

P.S. I'm not exactly people's person, I know. But damn, I'm data person this I do believe that you can prevent more people being victimized by educating them and giving them proverbial/metaphorical "slap of sanity" from time to time to make them pay attention.

carnex said:
Here is the question, a simple one, for everyone in this thread.

Can you distinguish between blaming the victim, exploring causes which does include scrutinizing victims actions and tracking victim's action in search of weak spots for possible future prevention?
Click to expand...

Perhaps when we discuss cybercrimes like these we don't talk about the victims, and rather focus on how to improve server-side security and maybe provide links to guides on how to safeguard online data storage from the user's end?

The fact that you try to scrutinize the victims at all is the problem. They don't need your Monday morning quarterbacking telling them how they are idiots for being victimized.
Click to expand...

Does any of those celebrities red this? I would say No. So I don't believe I0m rubbing it in their faces when I'm typing this. Cloud will always be vulnerable, that is the point that people should learn already. I know it shouldn't be, but even if the machine is perfect, people are not.

carnex said:
Does any of those celebrities red this? I would say No. So I don't believe I0m rubbing it in their faces when I'm typing this.
Click to expand...

You've completely missed the point. It isn't that they read it, it's that you wrote it.
Click to expand...

Wow, hold on there. Nothing and no one, and i to mean nothing and one is beyond reproach. Having an open discussion about event that includes a person does not mean that one discusses person itself. I don't know her. Frankly I don't want to know her, I don't care. What I care about is that shit happened, why it happened and how to help it not happening again. Also, that is my job too, so call it professional deformation if you wish.


Rocket Girl said:
I don't think the celebrities that had their possessions stolen need the advice, actually. You know, considering they are the victims of the crime and know exactly how it happened.

Do you think he'll be walking on the road any time soon? Because I don't. Nor will those women have their images on that server right now.
Click to expand...

My view would be for example.