The advertising for Uncharted 3 just got very meta indeed.

Indiana Jones is one of the characters that made Harrison Ford a household name, and his adventures were one of the inspirations for the Uncharted games. It's perhaps oddly fitting then, that Sony has hired Ford to appear in a Japanese commercial for Uncharted 3 [http://www.amazon.com/gp/product/B004EQCCI4/ref=s9_simh_gw_p63_d0_g63_i2?pf_rd_m=ATVPDKIKX0DER&pf_rd_s=center-2&pf_rd_r=0DY4V2WK985KH5NXFNCR&pf_rd_t=101&pf_rd_p=470938631&pf_rd_i=507846], which you can watch to below.


There's also a behind-the-scenes video which shows Ford playing the game for around seven, non-consecutive minutes. The commercial itself seems a little stilted, but Ford seems to be genuinely enjoying himself in the behind-the-scenes footage. He praises the game's graphics and says that it's like actually being in a movie - something that he would know all about.


It's not the most scintillating video in the world of course, because Ford is talking and gaming at the same time, which, as we all know, does not make for the best conversation in the world. Still, it's great to such a recognizable figure being so positive about videogames, even if it is only a very specific one.

Uncharted 3 comes out for PS3 on November 1st.

Actually, quick fact: there were changes made to the Indy movies recently. They were to remove wires and glass reflections.

LOL,the controller isn't even on.

The second video was... oddly adorable. 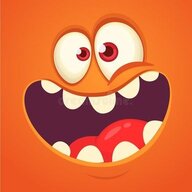 I was disappointed I thought he was going to spend the whole time telling us how the character he was playing should die and not be dragged on.

Nothing but Nathan Drake jumping off ledges and walking out into open gunfire.

Then Ford would go "See now thats how it should end".

Something about putting Harrison Ford into a commercial like this seems like it would be a bad idea. He is one of the grumpiest looking actors EVER, and he always looks so damn serious and angry. With that said, it seems very odd that he looks so happy in the behind the scenes video.
S

actually you can see the LED at one point.

Reminds me of my Granddad...Which is awesome!

I think it's just kinda funny to watch Harrison Ford playing a video game. I wonder what other games he plays.

More indisputible proof that Harrison Ford is a total badass (not that it needed proving, mind you).

yuval152 said:
LOL,the controller isn't even on.
Click to expand...

In the ad it's not on because he was probably given a primer on what to say, but in the six minute footage you can see the red LED on the controller is lit up. 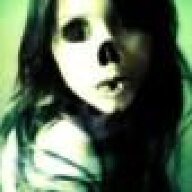