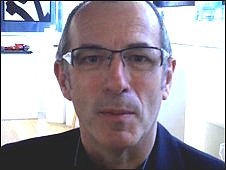 Watchmen artist Dave Gibbons has thrown his support behind a competition for digital artists.

The Digital Artist 2009 [http://www.digitalartistawards.com/] awards are split into 13 categories, including graphic design, animation and videogame arts. The prizes are yet to be announced, but they are believed to include cash prizes, hardware and software as well as a showcasing the winning works. Gibbons, who has been using computers in his work for the last 15 years, help launch the competition at a London art gallery and expressed his support for digital artists.

"We used to say that the unfortunate thing was that the people who knew how to use the technology weren't artists and the artists didn't know how to use technology", he told the BBC, "but over the years that's changed. The people working in graphics now aren't from the previous age of man, like I am, they're people who have always used computers."

nilcypher said:
Gibbons also dismissed criticisms that digital art is somehow less worth than its traditional counterpart, "Maybe 10 years ago computer generated art work did look like computer generated art work... I think the way that people are intelligently combining real world materials and techniques, scanning them into the computer, treating them in the computer, and adding graphic elements in the computer means that the computer is becoming just another art tool and a means of expression rather than something that imposes its character on the work."
Click to expand...

I'm glad that there are people his age that understand this.

Oh good greif...I think I might actually attempt this... I'll have to seriously up my game by like 400% but still...