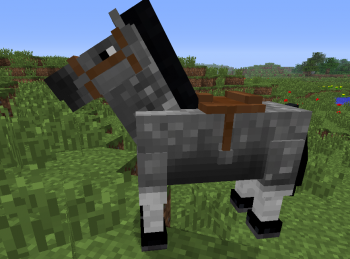 After the success of The LEGO Movie, Warner Bros. is on its way to make a Minecraft movie with director Shawn Levy.

acquired the rights to a live-action Minecraft movie [http://www.escapistmagazine.com/tag/view/warner%20bros], and since then not much has been announced.

Levy directed and produced the three Night at the Museum movies, the latest of which will release this December. His other directing credits include This is Where I Leave You, Real Steel, and Date Night.

Warner Bros. acquired Minecraft's film rights after its massive success with The LEGO Movie [http://www.escapistmagazine.com/tag/view/the%20lego%20movie]. However, unlike The LEGO Movie, this Minecraft movie is going to be a live-action adaptation. On board as a producer is Roy Lee of the The LEGO Movie, as is as Jill Messick, who produced Mean Girls and Baby Mama.

This Minecraft film might not be the last one from Warner Bros. Deadline reports the company hopes to launch a "multiple audience quadrant film franchise." So far the company has not revealed what the movie will be about, casting, or when it will be released.

What on earth would such a movie even be about?

I mean, with LEGO you had the conversation of toys VS adult model kits and fun VS srs bsns - but minecraft... doesn't have that


Well, with modpacks you can do quests and stuff - but vanilla minecraft? Good grief


Oh well, lets see what this leads to
T

Why live action? How are they going to work around the fact that everything is blox?

Also, if they are doing one because the Lego Film was successful, thats a bit worrying. I mean, I liked the Lego-Movie, but is the MC movie going to be the exact same or what?
S

2.5 billion may be unbelievably large, but it is the correct value.
D

Inb4 Minecraft: The Movie: The Video Game
Also figures (right beside all the other minecraft paraphernalia)

Just when I thought I couldn't possibly care any less about a Minecraft movie, Paramount pulls this out of their collective asses.

I mean...just look at this guys filmography - http://www.rottentomatoes.com/celebrity/1048166-shawn_levy/

I feel for the fans. This is almost like a Star Wars fan finding out that Adam Sandler or Tom Green is making the next movie in the series. 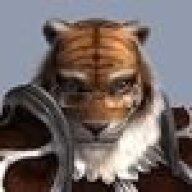 Normally I'd wait to pass judgement until I've seen a trailer, but the very notion here just kinda turns my stomach. Minecraft has zero connection to the "real world" and trying to force one by way of live-action just sounds so... stupid.

This is the worst idea any human begin has ever had?.. Ever. Even worse than the minecraft novels and guides?.

Finally today's kids can know the bewilderment my generation felt when we exited the theater after seeing the live action Super Mario Bros. movie.

2.5 billion may be unbelievably large, but it is the correct value.
Click to expand...

It was a wise investment, Microsoft just bought the loyalty and future nostalgia dollars of an entire generation. Even if the Xbox division fails and they get out of the console business, just keeping future PC versions of Minecraft a Windows exclusive is a major coup.

Meh, I was suitably surprised that they managed to make a movie based on Lego, and lets face it theres a fair amount of random crap to tap here. Thinking a kind of Castaway for kids or something.

Normally I'd wait to pass judgement until I've seen a trailer, but the very notion here just kinda turns my stomach. Minecraft has zero connection to the "real world" and trying to force one by way of live-action just sounds so... stupid.
Click to expand...

I dont understand why you have a tiger in this post? :/

Finally today's kids can know the bewilderment my generation felt when we exited the theater after seeing the live action Super Mario Bros. movie.
Click to expand...

That had me laughing so hard; it hadn't even occurred to me that this is a perfect analog.

OT: I can't figure out how a live-action version would work that wouldn't just be some generic fantasy setting with some odd call outs ("dude, look at this diamond armor I made!") I've actually liked some of Levy's work, but I don't know if he's capable of bringing across the horror that is a creeper to the big screen.

Now that I think about it, Minecraft would make a pretty sweet horror movie. Just imagine that first encounter with an enderman.

Doesn't matter how its done, its going to make truckloads of money anyway. My nephew's generation is absolutely enamoured with Minecraft so parents will take them to it.

Here's hoping it turns out to be a good movie though. If something is going to make money ham-over-fist, I'd hope it have the decency to actually be entertaining and have a story. 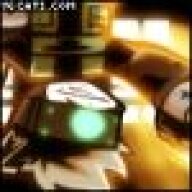 When I first read this, the first thought that came to me was "WHY?"

Whatever they do it will only have Minecrafts name stapled on it and thats probably for the best, or they can make a live action movie of a dude stacking blocks for 2 hours to stay true to the source material.

Well, reading that headline was quite the emotional roller-coaster.
A

Whatever the movie is about, it'll have a downer ending, with the the big evil Corporation coming in and buying up all the land

I'm just waiting for the joke to be that they took "There will be blood" and renamed it "Minecraft" and rereleased it.

"I DRINK YOUR MILKSHAKE!"
W

So we're going to take a computer program, with no charecters, no dialogue and no descernable story whatsoever and make it into a movie? I look forward to the next film in the franchise: "MS Paint, The Motion Picture." 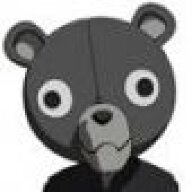 How can a live-action movie be related to minecraft? It makes no sense at all. There's no story to use, no characters and no point really. The only thing recognizable about minecraft is its blocky aesthetic and they are doing live-action so they can't possibly use that. That's like if the Lego movie was made without any Lego isn't it?

I think there are quite a few nods to, and jokes about, Minecraft that could work in a film (falling in to a missing chunk mid conversation, stuff like that) but without the blocks and old school visuals I don't see how it would work. Maybe a live action person gets magically transported into the game like Tron?
Show hidden low quality content
You must log in or register to reply here.
Share:
Facebook Twitter Reddit Pinterest Tumblr WhatsApp Email Link
Top Bottom