What are you afraid of?

I recently found out that I have trypophobia.

If you don't know what that is, Google it. You might have it too.

Clowns. That's why I always carry around a few tangelos to mess with their equilibrium.

Otherwise, they'll destroy us all! 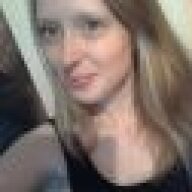 I love animals and I think sharks are AMAZING but in all seriousness, the thought of being attacked by one makes me shit myself. In the water.

I mean, just imagine being ferociously pulled down to the depths, not being able to breath, you're struck by INSANE PAIN and your leg comes off (Y) No thanks?

I don't have a lot of fears. I mean, I don't want to fall out of a plane, or be in a car crash, or numerous other things, but as Patrick Rothfuss says, for something to really be a fear, you have to dwell on it, to worry about it on a frequent basis. Failing that, it would have to be something that effects your life somehow, and I just don't have anything like that.

Me being the monster.

I mean, all the people we tend to throw the monster label out were just human beings, many of them thought they were doing the right thing, or could tell themselves they were.

Now, I haven't gone around committing any mass murders or anything lately, but I know that I am far from perfect, I have my own faults and prejudices same as everyone else, and that not all that much separates most people from, if not the worst of us, then at least the very bad. 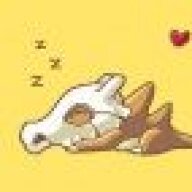 Anything bad happening to my kid.
And sea serpents. I know it's not rational, but there's just something about the idea of them that terrifies me.

I'm not afraid of spiders, in fact I have a compulsion to seek out & kill any that come near....
and apparently my war with them has been going on since before I can remember.

No really, I hate being startled to the point that I'm scared as shit around anything that could make a sudden, loud noise (like, rather embarrassingly, balloons). It's not the actual noise that's terrifying, it's the build up when I'm expecting it to happen but I don't know exactly when. I've gotten screamer'd on the internet enough that I'm extremely paranoid when it comes to clicking links or watching videos from unknown sources.

I'm was a bit scared of the dark when I was a kid, not of anything in particular just paranoia of something sneaking up on me. Grew out of it though.

As for conventional horror, um, not much. Insects and bugs don't bother me that much, I've seen enough shock sites that gore and mutilation don't leave a lasting impression and I've never understood the scariness of clowns. I guess I'm a bit scared of height, in the "I get a bit uncomfortable" sense, but I can tolerate it.

Fear of going insane because of loneliness.

I try my best to go outside and socialize to avoid this, but sometimes, and I have no idea why, I just cannot get myself to leave the house. I always think that I'd have a better time at home playing a game or watching a movie. But by the time it's too late to go out, I realize that I was being stupid and should have gone out instead.

Even when I am at college (getting a Masters degree), I don't talk to people. Like, at all. Not even common greetings. I'm not afraid of conversation, though. It's basically a matter of figuring out what people like and asking them why they liked X, how would they compare it to Y, etc. etc. I can do this and also manage to make them laugh in the process.

But I have no idea why I have this inertia to talk to people. It's very, very rare that I actually do, but not often enough to build any sort of relationship. Days and weeks go by without me saying a word out loud and I have no clue what's wrong with me, let alone what I can do to fix it. But I do know that something is wrong.

TakerFoxx said:
I recently found out that I have trypophobia.

If you don't know what that is, Google it. You might have it too.
Click to expand...

You know ever since someone said that to me a few months ago, I've been seeing this phobia more and more.
Whenever I look it up the photoshopped pictures on a person's skin freaks me out a bit. So I think I might have a little bit of this too. Though that just might be part of the I hate realistic gore category.
Honeycombs or something found naturaly don't bother me though. 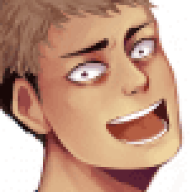 I'm utterly terrified of getting a mental illness and being unable to care for myself. Or having any form of injury that requires you to be utterly dependant on another person.
I hate feeling helpless and that's my worst nightmare. 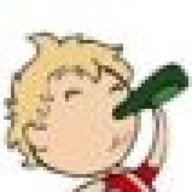 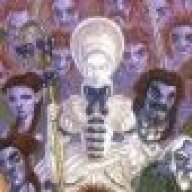 since I moved out when I was 18 I have come to rely onmyself, its something that I draw strength from, so anytime I actually had to rely on others, for example when having surgery and staying in a hospital, being not fully functional and needing help, even if that help came from my own mother, that was quite scary to me.

another more general fear is getting chased down by a mob with torches and pitchforks, which is naturally a metaphor for simply falling victim to a crime of hate because Im trans.

Deep water (we came out of the sea for a reason guys! Let's not rush to jump back in!) and I would hate losing my brilliant wit and charm for whatever reason. It's almost all I have going for me.

I really don't mind about the fear of never having a family though. I have always been more comfortable on my own and I fucking loathe children.
R

One of my fears that has haunted me since a child has been the fear that I would contract a viral or bacterial infection or any disease affecting my skin. I feared that one day I would wake up and find my skin rotting away by a flesh eating virus. I had an extreme case of hypochondria as a child and seeing things on the news, TV, movies, especially the internet would traumatize me. It was so bad when I was 9 I went 4 months without wanting to touch water because I thought I get it from that (little bit of Cabin Fever scare!). I would literally throw tantrums and cry till I threw up and also ran away a few times when forced to take a shower.

My second fear are gross, slimy, alien-like creatures you would see in the likes of the movies 'Species', 'Splice' 'Slither' (yeah all the names that start with an S lol), and 'Alien' (although just the sequences with the baby Xenomorphs combusting through the chest, oh and the facehuggers)... These are just the few that were traumatic for me to watch. I mean I literally shake and itch when I see these things it's so scary. If any of these things really existed I would rather die

My last and greatest fear is of flying some kind of aircraft or any kind of aero-type of transportation. I believe the term is areophobia. But anyways~ I have always feared airplanes for some reasons. It's quite crippling for me because I always wanted to travel to places in Europe. I literally can't bring myself to ever want to try it the thought is quite agonizing and I dream almost everyday about being in a plane crash. I also live 4 miles away from an airport, so its even worst...I get scared to see them take off.

Anyways, I am not afraid of spiders for one...I actually find baby Tarantulas to be really CUTE. I don't fear being alone I kinda felt alone my whole life and know for certain I'll die alone. I am very apathetic to when it comes to catastrophes (global, economic, natural disasters,etc.) and I think we all are better to not dwell on them unless you want to lose a lot of sleep and hair. Though living in California I am worry of Earthquake occurrences.. and as an American cautious of gun violence and rioting, seems you can't trust anyone these days and don't know how your day will end after going to a football game, a Wal-Mart, movie theater, or Mall for a simple outing. 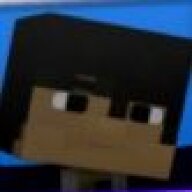 Well I'll need a list for this. In no particular order:

Also, I'm very hydrophobic. I used to have massive problems at school when I had to do swimming and I would just freak out and get panic attacks on the edge of the pool 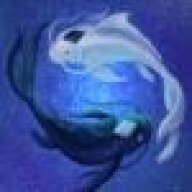 There are 2 things that legitimately terrify me. These are more phobias than fears, and yeah I'm afraid of like standard stuff, but yeah, weird phobias coming up:

Old-Time Funfairs. I believe this stems from an incident I no longer remember as a child at one such funfair in Wales. Now every year when we go there I get panic attacks and when things like carousels, old coin operated machines, basically old rides i kinda freeze up.
That's the weaker of the two.

Killer Whales
Sweet Jesus, these bastards terrify me. Seriously I cannot describe how bad this is. If I see a picture of them, I feel sick and have to bring my feet up of the floor and try and stop shaking. It's weird. It's not that I'm afraid of them, I understand that they've never attacked a human being in the wild, but if I was in the water with a Killer Whale... wow. Sharks are scary; I would be afraid if they were in the water with me. Killer Whales would just... wow. Anyway yeah, luckily it's not a fear that really manifests itself often, I don't even live by the coast so the pod that does patrol the waters of the UK doesn't effect me (Of course, I've never been able to watch Free Willy. We had it on video [and probably still do] and I remember not even wanting to touch the case. I watched that Flipper film with Elijah Wood in its place though)

Honestly the most legitimately frightening things I've ever come across.

Bee's, Wasps, flying insects. But mostly the first two. I suppose it could have stemmed from an early age when I emulated my hero, Winnie the Pooh, and stuck my head into a hole in a tree. Surprise, it was occupied by the first word in my post. Stung all over apparently, but this early in my childhood, before I ran headfirst into a kiddy lock on a car door and cracked my head open. The irony, a device intended to help children, horrifically maims one.

Other than that, the usual type of things like dying alone, etc.
A