What are you currently playing?

Figured I'd start one of these threads, as I can always use new game recommendations.

I've been playing through the Half-Life series for the first time. Finished Black Mesa, then played through Alyx, about to finish 2 and then move onto Episode 1 and 2. Really enjoying them! Not sure why I put them off for so long, as they're right up my alley.

All I remember is getting The Orange Box and starting up Half-Life 2 and really just not being into it at the time. Think I barely made it through the first couple levels.

I'm replaying Far Cry 5. Killing cultists is always satisfying, and the Seeds are such arrogant asses you don't feel bad setting their people on fire and having a bear maul them before beating their skulls in with a crowbar.
Good, wholesome fun.

I am switching off between my main single player game Far Cry 5 and the three multiplayer games pending if friends are online (Call of Duty Modern Warfare), I feel like something tense and fast (Dead by Daylight), or I feel like taking things slow and easy (Golf Club 2019).

tippy2k2 said:
I am switching off between my main single player game Far Cry 5 and the three multiplayer games pending if friends are online (Call of Duty Modern Warfare), I feel like something tense and fast (Dead by Daylight), or I feel like taking things slow and easy (Golf Club 2019).
Click to expand...

Same. When friends are online we do other games. The current one is a bi-weekly game night of MechWarrior 5: Mercs, for good old fashion robot shooty cuffs.

I've been playing Vestaria Saga, a Fire Emblem type game developed as a garage project by Shouzo Kaga, the original Fire Emblem designer, who had an acrimonious parting with Nintendo before the series came to the US. I'm going to start a thread for it, rather than write a ginormous post on it here to get lost.

I've also been playing DOOM Eternal, a lot of which has been said on the old forums. It's fun and intense, but it's hit the limit on what my mind is able to keep up with. You have 3 resources to maintain that you can refill with special attacks, 5 special attacks (3 of which go towards the mentioned resource management), 6ish weapons with 2 alternative attack modes, 1 weapon with 1 alt attack mode, and 1 weapon with no alt attack mode, and each weapon/alt weapon combo is strong against certain enemies pokemon style, 6-8 enemy types per arena battle to keep mentally sorted and switch weapons between, the arenas themselves which typically run in 3 dimensions and whose layout you have to pick up on the fly, and enemy spawns which, if you're not looking at directly, do not give good cues to the player that they've happened (some of my most frustrating moments have been strafing or running backwards and running into an enemy that hadn't been there 6 seconds before, stopping my motion).

I've talked with folks who love it and are having an exciting time on Hard difficulty. I was able to have a fun time on Hard in DOOM 2016, but am having struggles on Normal here, just because the game has been balanced for active management of your resources, recharge attacks, and optimal weapon use against enemy types. I'm a slow thinker; my twitch reflexes are serviceable, but it's processing all of these parallel data streams that does me in. Can't keep up with it. I'll finish Eternal and probably boot up 2016 again as a palette cleanser, with it's simpler take on the same formula.

Take Harvest Moon, add in some Action Jrpg and some dashed of other games, including bits of Pokemon and Recettear. I thought Stardew Valley had stuff to do, but this is kind of silly. I'm level 117 and I only just finished my first year. Still so much to level. So many items and secrets to find. Monsters to catch. It certainly doesn't lack in content. It's still a 3DS game tho, and not even a good-looking one, so playing this after Doom Eternal gave me some serious graphical whiplash. Having a good time tho. It's a great game to play in short bursts, like 15-30 mins a day. As befits a handheld game.

I just finished Nioh 2 and I am currently working my way through Persona 5 Royal. Trying to kill time until FF7Remake, because that's the only game that matters to me this year, obviously. 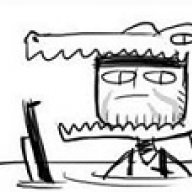 I'm between palaces 1 and 2 in Persona 5 Royal and as a break from that I'm continuing my NG+ run of Tales of Berseria.

Something I've been having fun doing this year is using a Twitter thread to track all the games I've completed.
I'm very bad about not completing games that I start, so it's served as a fun little tracker for myself.

Been tinkering around in PS4's Dreams, but my motivation is getting low at times.

Also, although this is a problem that's rooted in my unfamiliarity with the tools, sometimes stuff will behave in an unexpected manner, requiring seemingly needless workarounds.

bluegate said:
Been tinkering around in PS4's Dreams, but my motivation is getting low at times.

Also, although this is a problem that's rooted in my unfamiliarity with the tools, sometimes stuff will behave in an unexpected manner, requiring seemingly needless workarounds.
Click to expand...

That was kind ofm y main leeryness of it. By the time I dedicate effort to doing anything, I might as well just be doing it in Unity or whatever (also with the upcoming gen switch how well its gonna move forwards).

I'm not sure how much good content is on it in terms of actually playing it as a game either.


Anyhow, wrapping up a Nightmare/completion run on Doom Eternal. Side bits of Warframe. Need to pop into MHW for the more recent stuff. Pickedu p VErmintide 2 in the PSN spring sale. Still working through Outward before its dlc drops as well. 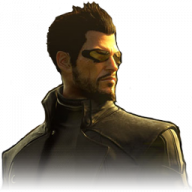 Decided to play through Ghost Recon: Wildlands. It's actually quite fun. Lots of stuff to do and to unlock. I didn't mind all the unlocking when I was younger and had more time. Now I don't mind it again, stuck at home with almost nothing else to do. What this shows me is that games like Wildlands tend to be made for people who aren't that busy. So, as much as I like the game, I still think it's badly designed. There are games that are a whole lot more fun than Wildlands regardless of how much time you have to devote to them, and that don't require a massive amount of time to get all the stuff that they have to offer.

Brutal DOOM. Episode 3 does contain an irritating amount of surprise Barons of Hell, but apart from that it's really fun. The lacklustre weapons were one of the main problems with the original DOOM, and Brutal DOOM definitely fixes that.

I've been mainly playing Souls-likes these days, more specifically Nioh at the moment. It's a lot of fun once you get used to the mechanical complexity of the stance system. It's also nice to have some legitimate variety in play styles after Sekiro, which was great in the first half and became tedious in the second by virtue of the fact that it's so absurdly tightly designed.

I've been poking at Stardew Valley and FFXIV, when in reality I should be focusing on finishing my coursework for the semester.

For the most part I play WoW - and the 100% bonus exp buff for the next month has been wonderful. However sometimes I just want to pick up my space guns and shoot things. So I decided to grab the Halo: Master Chief Collection. I had Halo on PC moons ago, but I don't think it would work now - certainly not on a 34inch 4K screen - but since Halo 2 was Windows Vista only (Bleh!) and 3 onwards never made it out of Xbox's controller gimped clutches I never got past the first one. So in so much as I despise Halo's background fluff, and I'm not happy about some of the trends it started in shooters, its still an excellent example of itself.
Reactions: Melancholi 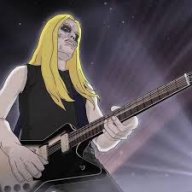 I've just finished a replay of Assassin's Creed: Rogue for the little personal review blog I run. It's alright, still one of the more alright entries in the series I think. Only games I have left in the series to play are Syndicate (well, that's a replay for the blog) and Odyssey, which I have avoided entirely until I finally managed to get through the rest of the franchise.