What did you do...BEFORE the internet?

I was out in the field more. Eating. However, my brain evolved and I've managed to evade capture for a long time now. I'm currently in Mr. Anderson's house, using his computer.

Before the internet i had a life

Someone else knows what's up.

Lego, video games and books made up my non-internet activity. In 2007 I made a Facebook account, got addicted for a year before deleting all my apps and simply making it another tool of communication and then I joined the Escapist two years later.

August 5th 2009 was the day I truly joined the internet.

i think 100% exactly what i did too. probably around early to mid 2000s when internet really kicked in for me. now i'm on the internet every single day.

Before the internet, I played a lot of video games (bless you, Nintendo 64). I also went to school and went to friends' houses (where I played more video games).
Watched a lot of TV after school too. Now, I can't stand much TV. Only really watch the news, and that's once or twice a week.

I read books and watched tonnes of tv and played my gameboy. 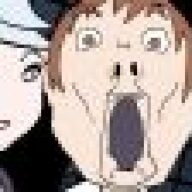 TriggerHappyAngel said:
There was this world, which we kids used to call "The outside".
We used to play there and have fun, but now it's forgotten.
Click to expand...

I've heard it still exist in some places. A few buddies of mine went on a quest to find this...wonderland, but never came back. I don't dare to follow in their footsteps. It's safer here.

Personally i have faint memories of this "outside" but they are only vague recollections of random thoughts. I wish I could remember more.

but to answer the original question, i played games on my pc and had fun with other stuff. Lego ftw. 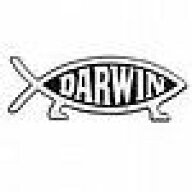 I was playing outside more often...with...friends...*tear*

I used to have a life.
Seriously, I used to go out more and have more friends, also, I became a Pokemon master about 34863 times on Yellow.

I can't really remember much else, I've been using the internet for a long long time. (I'm 20) 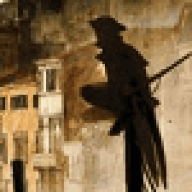 I've had internet all my life but never really started browsing until a few years ago. Before that, I played video games (mostly console), read books or hung out with friends. 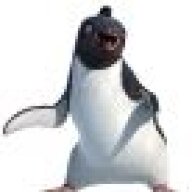 Playing outside or reading books. I didn't really even get to computers and gaming until four or five years ago. 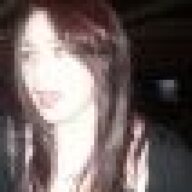 Before the internet? My dad is an old school computer nerd and I've always had access to the "internet" equivalent for as long as I can remember.

I imagine if I was in a time before the internet I'd watch more TV and mess around with lego way more. 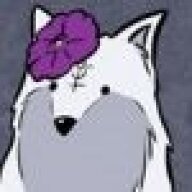 Talked on the phone more. Read more books. Didn't know as much stuff.

Didn't have to deal with fucking Captcha.

I went outside and hit bushes with sticks.

Now days I just settle for the digital equivalent.

Vault101 said:
So do you remember a time in your life when you didnt have access to the internet? has the internet changed your life at all?

in my case because of my age (born in 1991) I do vaugley remeber a time without it however really its been a big part of my life, ive pretty much grown up with it ,I mean I didnt really use it much when I was younger I watched alot of TV had my N64 and books I supose


but now as an adult its one of the nessecities alongside Energy drinks and air, Plus I dont even watch TV, in fact it baffles me how TV can compete with the internet (considering even the crappy state of foxtel/pay TV in Australia, in fact why would you bother? free tv is getting better I supose)

anyway Im quite facinated by this internet/technology thing, how its become a huge thing in such little time
Click to expand...

I used BBS systems (Echos) for a lot of the same things I used the internet for. I was hugely into science fiction and fantasy, and read a lot of books/comics, played MUDs, and paper and pencil RPGs even as a child. I was also gaming on systems like the Commodore 64, Apple II, and DOS based machines.

I'm one of those people who argued that consoles would never catch up with gaming on a computer. To be fair though, I don't think it has, and a lot of the equality we're seeing is largely due to PC games being dumbed down at the same time console games become more advanced, allowing for more parity and simultaneous development.

I also generally think that telecommunications itself has suffered due to becoming so accessible. The Internet being full of so much drek (which everyone talks about) is largely due to it being so accessible. With things like BBS systems and Echos being the height of generally availible technology, I think a lot of things were better as the required knowlege and abillities, as basic as they were, meant that there were certain minimal standards anyone you ran into had to meet.