What do you think are the "trippiest" games? 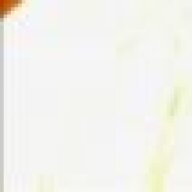 I would say Killer 7 and Child of Eden.

do, do, do, do do do do-- WHAT FUCKING MUSHROOMS WALKIN AT ME MAN IM GOING TO JUMP ON IT HOLY SHIT I JUST EATED A MUSHROOM AND NOW IM HUUUUUUGE VROOM VROOM PEW PEW FLOWER POWER BIOTCHES DIE BITEY TURTLE GAH THAT CLOUD HAS A DUDE ON IT WHAAAAAAT

time to hit this pipe 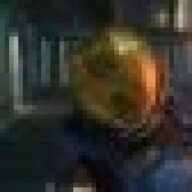 Jet Set Radio ... also, the end of Sword Of The Beserk on dreamcast ... the final boss was as though the system had taken acid all of a sudden and freaked the hell out

LilithSlave said:
Yume Nikki is a popular free indie game that delves pretty strongly into the surreal mind of a quite depressed little shut-in girl. And aside from being meant for horror, the real horror is in the absurdity. It is a very trippy game. So much so that part of the scariness is that you're always expecting something bad to happen even though it never does. Also surprising for a Japanese game, it's heavily influenced by South American culture.
Click to expand...

I'm taking it that you never found the "Game Glitch" event in the Zelda-esque temple? That was a pretty good straight scare. So was the infamous Uboa. She kills herself.

Also, add on Yume Nikki's spiritual sequel, ".flow". It's the same gameplay, except it's much more foreboding and has more real scares in it. Since the main character isn't dreaming (per se) in .flow, she undergoes some pretty awful things and presumably feels the pain (being beaten to a pulp, stabbed, clubbed, begins bleeding from absolutely everywhere, etc.). Make no mistake, though. It's still trippy as any acid trip. You haven't felt "WTF Paranoia" until you've crawled over every inch of a giant room where the floor is faceless highly-detailed mouths with grunty soundtrack.

Toss in Limbo, as well. The atmosphere is incredible for knocking you off balance.

I have beaten the game. I don't really consider that "something happening" because it's not in any of the creepy parts. It's the end of the game and outside of her dreams. You've got to admit, the game is one more of exploration and collection than constant scares and danger. You're taking me a little too literally. 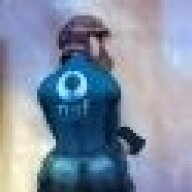 
Edit: oh wait someone already posted it... I have videos so I WIN
M

Some of the videos from Beatles rock band are pretty trippy, like in "I am the walrus". Sometimes even hard to watch,but, amazing nevertheless.

nbamaniac said:
The Rock of Ages. Damn that game was wtf.
Click to expand...

Is that on steam? Looks messed the fuck up.

When I want to play a trippy game I usually pick one of two things:

Anything with Katamari in the title.

Anything made by a dev studio with a Q in it's name: Q Entertainment (Rez, Lumines, Child of Eden) or Q Games (Pixel Junk...)

Ribbit King will also always hold a trippy place in my spine.

Killer7 oh my god. But thats a little too obvious; the next trippiest game i've ever played is probably Portal, I mean holy shit. Or every horror game I've ever played.

LilithSlave said:
I have beaten the game. I don't really consider that "something happening" because it's not in any of the creepy parts. It's the end of the game and outside of her dreams. You've got to admit, the game is one more of exploration and collection than constant scares and danger. You're taking me a little too literally.
Click to expand...

Still, if you want your surreal trippiness to be actually terrifying, try .flow. If you can find it. It's a bit difficult to track down.

I cant help but to think of Bloody Roar with "Tracer" codes enabled.

Also, Myst/Riven was trippy as fuck when you started moving between areas quickly because it was like watching reality filmed in still images.

One that was not as enjoyable but it was at least shiney was N2o.

Damn, between these and LSD, it shows the PS1 really did allow some trippy shit. Makes me quite nostalgic I guess.

Vib Ribbon was particulary weird! The whole concept was bizzare, and the design just odd!

A lot of the old PS1/N64 platformers were pretty crazy! Think Mario 64, Banjo Kazooie, Kingsley's Adventure, or Croc!? None of them make much sense! And they are all so colourful!

Rayman (the original sidescrolling versions, including the educational ones!!)... WTF!!!

And Finally: Parappa the Rappa! Wow that was wierd! 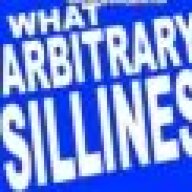 the game called The Polynomial: Space Of The Music

Basically you fly in a ship shooting at "nazi robots" who try to eat you allies, who are ghosts that give you power ups. This all happens in space and an arena generated by fractals, there is also a giant Attractor thingy that changes to music. Needless to say, it's a little in the "What" side.

torno said:
I'm going to toss in a vote for The Beatles Rock Band.
Click to expand...

Dude, I was gonna say that too!
It was that very game I borrowed from my friend that got me even more into the Beatles. It's like the drug that keeps on drugging. 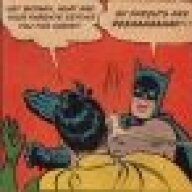 Imagine a combination of Killer 7 and Katamari. Someone needs to make that, acid trips would become obsolete. 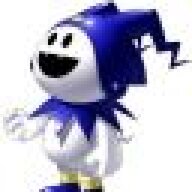 I'm gonna say Zeno Clash. Not the trippiest game I've played but the game is definitely up there. 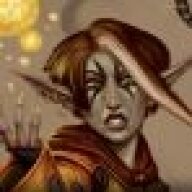 Amnesia the Dark Descent. I seriously wigged out at a couple parts.

nbamaniac said:
The Rock of Ages. Damn that game was wtf.
Click to expand...

Is that on steam? Looks messed the fuck up.
Click to expand...

Yeah it's available on steam for 10$. 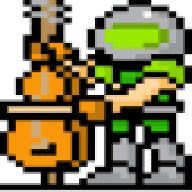 torno said:
I'm going to toss in a vote for The Beatles Rock Band.
Click to expand...

I know what you mean. Although, even though the game itself isn't trippy, Blackhole Sun in Rockband 1 is trippy as shit. I had trouble following the track with the crazy screen effects going on.
Show hidden low quality content
You must log in or register to reply here.
Share:
Facebook Twitter Reddit Pinterest Tumblr WhatsApp Email Link
Top Bottom