what free game should i play?

now and between Christmas my mother prohibits me from buying games on the chance that i will receive the games i am hoping for. even thought 99.99% of the time even when i tell them i get something shitty ): so right now i cant go get the hot new releases and im bored shitless. does anyone know of free games that are worth getting into? open to everything besides horror games. 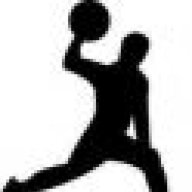 Are you talking PC games here?

You mean free as in say... flash games on the internet? Well there's the Doom Flash conversion that was made recently of the first episode. Alternately there is N, which will last you a long time. 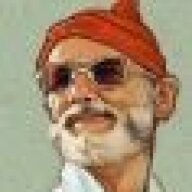 I would strongly suggest you go purchase world of goo. That in my mind is the best game I have played so far this year, and I doubt your mom is getting you it (considering it is only for download). If not, then why not crack out an old console, and go to town? Or even get a new hobby?

what ever it is, download or flash. doesn't matter to me

Minions over at The Casual Collective

super_smash_jesus said:
Or even get a new hobby?
Click to expand...

right, and i shall gain the ability to fly 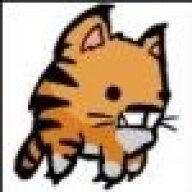 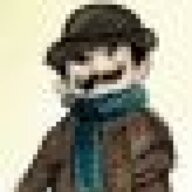 Mods man. I assume since your shooting for free, that you are thinking PC. A big question is do you own Half Life 2? Cause if you do then you can have an effectively infinite amount of free games by just getting Mods. I remember Minerva: Metastasis was very good, as well as one called, "Causality Effect" I believe. I'm a little fuzzy on them. Anyways, try this site

Ive randomly found an interesting distraction, and apparently they are doing more then just source engine stuff. Oh, and Steam added support for a few of there favorite Mods and let you download the mods through them. So if things like, "Zombie Panic" or "Age of Chivalry" perk your interest, check out what Valve is doing with there mods.

Id consider lowering your standards from, "Free" to "Cheap". Again, Steam is amazing. With the weekend deals, you can find really awesome, kickass games for really cheap. Recently there's been Max Payne for under $5, Vampire Bloodlines for $10, Overlord for $10, Eets for $2.50, and the first 3 Prince of Persia games are on there for $10 each without the weekend deal. Check in regularly, you may be pleasantly surprised, and though it may not be free, if you could sacrifice the cost of a cup of coffee for a day or 2, you can break even.

Of course, you could always try a game by GPotato, and hate yourself in a few weeks, but me and my friends had some fun with a game called Space Cowboy. Besides that...check your old games, and throw in something you haven't played for a while, sometimes that works wonders.

Oh, and, "World of Goo" is, indeed, fantastic. It is pure, liquid joy injected directly into your eyeballs. It will complete you as a person. Of course, its not free so its completely besides the point, but I feel the need to help plug this game every chance I get.

well i begged my mom to let me spend 5$'s of my money so that i could get half life, (my main steam account is vac banned) so now i can play all the great mods i could never play =D

seydaman said:
now and between Christmas my mother prohibits me from buying games on the chance that i will receive the games i am hoping for. even thought 99.99% of the time even when i tell them i get something shitty ): so right now i cant go get the hot new releases and im bored shitless. does anyone know of free games that are worth getting into? open to everything besides horror games.
Click to expand...

Madness Interactive - An interesting side-shooter than has an absurd emphasis on difficulty and challenge. It's fun, but requires a lot of patience. And you can cheat, which is always fun.

Fancy Pants Adventure - A very clever set of momentum-based plaformers that are stylish and short, but are episodic, so you get new games once in a while.

flOw - A freeware flash game very similar to the amoeba stage of life in Spore, done more coherently with the music aspect. (Which, oddly enough, was released before Spore.) A simple, desktop game that doesn't take a lot of time or concentration, but is simple and pleasing to play.

Any major site for flash games, like Newgrounds or Armor Games would work as well.

Cave Story - A 2-D platformer/shooter designed in Japanese and translated pains-takingly into English. Also something I reviewed, which is here [http://www.escapistmagazine.com/forums/jump/326.73902.814688].

Synaesthete - A music/action (that's right) game designed and a winner of an indie gaming competition. Fun, simple, and enjoyable title, although has some trouble on Vista with Intel graphics chips. Shouldn't be a problem unless you're using integrated graphics.

F.E.A.R. Combat - An online multiplayer FPS derived from F.E.A.R. Should you have the full game, then give this a skip, as it's just F.E.A.R., but without the single player. Still, it's pretty fun, and a great time-sink.

Psi-Ops - Presented in Ad-o-Vision, this game was released as freeware after completing a small survey and agreeing to have ads pop up every time you boot and close the game. Otherwise, it's not all that troublesome, and still a fairly entertaining game. Somewhat obsolete since TFU, though.

GTA I and II - Released by Rockstar as freeware, these top-down 2D shooters are still a lot of fun, much like their 3D brethren. They're old, and may have some compatibility problems with Vista, although how much I'm unsure as I've never tried.

Command & Conquer: Red Alert - A 2D RTS created back when Windows was double digits instead of letters and seventh installments. Certainly still a fun title, if not a little dated at this point. Otherwise, still a very fun game that you should definitely give a shot if you haven't, especially since it's free now.

Abandonware - Just like the article "Vintage Game Preservation Society [http://www.escapistmagazine.com/articles/view/issues/issue_177/5502-The-Vintage-Game-Preservation-Society]" suggests, there is a wealth of old-school gaming to be had in abandonware. From FPS, RTS, Sim, Racing, Action, Adventure, RPG, to point-and-click, there are a lot of titles to find. Good sites to check would be Home of the Underdogs. Hell, you might even play Oregon Trail again.

Half Life itself is also a fantastic game. Though you just missed it, Half Life was just on sale for 98 cents. I was thinking Half Life 2 mods, but hey, a little retro is always good.

Though I was under the impression that even if your account is VAC banned, you can still access all the single player content. Maybe I'm wrong. 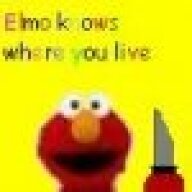 I almost forgot, on the topic of World of Goo

Its not as varied as World of Goo, and I can't see spending a monumentous amount of time playing it, but it is worth a go. Beware, its a prototype, so a tad glitchy at times.

You can read my review of it here if you want watch me rant about how good it is [http://www.popmatters.com/pm/review/iji]
G

Go check out abandonia.com Abandonware is always great for some games to play (if you don't mind old DOS graphics), and you can actually find some classics on different sites. when I am short on cash I go digging for abandonware. 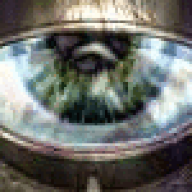 Behold the game that will cause you joy and frustration. And coming soon, REALISTIC HAIR GROWTH SIMULATION!