What game made you fall in love with gaming? 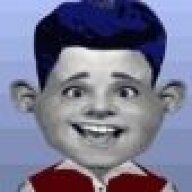 I was a bit of a late bloomer, I didn't start gaming until I was 15 or so (I'm 22). The game that really got me hooked to video game is general was Twilight Princess on the GameCube. It was the first long and 'difficult' (for me at the time, anyway) game I had ever played and I was really amazed with how much fun I had. I've been playing games ever since, but every now and then I still feel the urge to replay that game.

Either Myst or Commander Keen.

The fact that I could only play Commander Keen at a friend's house helped matters.

There's a yellow thing on the screeen. And I can make it DO things.

Duke Nukem 3D. I was way too young to be playing that game. My older brother had it and he let me play it a lot. First game I beat. I remember it being terrifying though. The pig cops scared me a lot. I also remember it taking me forever to beat the first boss.

Super mario bros. 3, initially. As a small child I played it until I literally burned out my NES. XD

My mom feared (correctly) that I was addicted to games, so ten years would pass until I finally got another console, the PS1, but nothing for it seemed to addict me like mario did when I was a child... until FF8. FF8, and my love of 90's anime/the anime boom of the early 00s, probably had the biggest impact on the types of games I favor the most as an adult gamer. 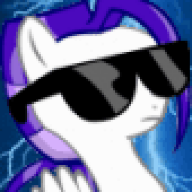 Good question! I'm tempted to say one of those mid-80s single-game handhelds (where you catch parachutists in a canoe, or catch fish in a bowl or whatever), but if we're talking about the more in depth games, I'd go with Conquests of the Longbow.